Should We Judge Woody Allen’s Relationship With Soon-Yi Previn? 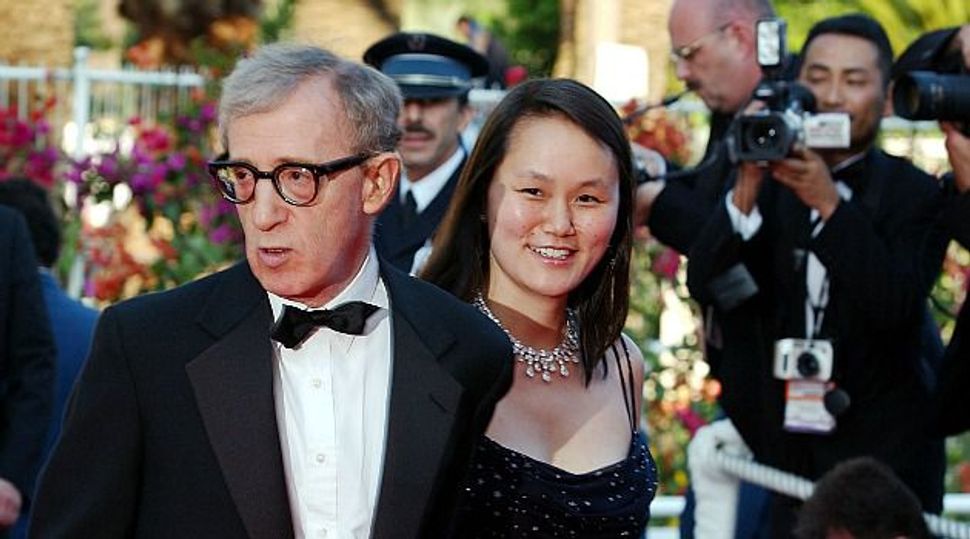 But Woody Allen says he’s “lucked out” with his wife Soon-Yi Previn, to whom he’s been married for 20 years now. In an , Allen spoke out about the relationship, the success of which he attributes to its “paternal” dynamics.

Allen is 35 years older than Previn, 44, who is the adopted daughter of his ex-partner, Mia Farrow.

The relationship began as a “fling” in the late 1980s. In fact, Allen told NPR he thought it was “ridiculous.” But he liked Previn’s youthful energy and he says she deferred to him. “She enjoyed being introduced to many, many things that I knew from experience, and I enjoyed showing her those things,” said Allen. He says Previn “flourished” and even outdid him in certain areas. The age difference, he said, seemed to work out in the couple’s favor.

The unconventional circumstances surrounding Allen and Previn’s marriage, for many, is either something to marvel or gawk at. Whatever praise or criticism they may receive, Allen points out what is astounding about nearly any successful relationship: that two individuals, each with their own “trillion exquisite needs and neuroses and nuances” can tolerate each other to point of maintaining a long-term romance. Allen has always maintained that the relationship with Previn began when she was a consenting adult. If that’s true, and they have successfully tolerated each other thus far, then why the judgment?

When asked if he believes public judgment of his relationship with Previn affects the reception of his films,the writer-director-actor of more than 50 years answered with a resounding no. “It has no meaning in the way I make movies,” Allen said, “I never see any evidence of anything in my private life resonating in film.” If the movie is good, viewers flock to see it, and if it’s not good, then they don’t, he admitted.

But as Forward culture editor Adam Langer points out in “How Woody Allen Lost Me”, Allen’s films changed after 1992 — the year Allen allegedly sexually abused step-daughter Dylan Farrow and his relationship with Soon-Yi Previn came into the limelight. The events of that year, Langer argues, changed how the public conceived of Allen, and how Allen conceived of his stories (whether Allen himself believes this is debatable). Female characters were more often neurotics or prostitutes, and crime plots more prolific, Langer finds, after counting these instances in every single one of Allen’s films. “In 1992 and afterward there was noticeable uptick and profanity.”

Allen’s demarcation of his private matters and public work begs the question of how closely the two should be regarded. If Allen’s dubious personal life does affect the artistic quality of his work, then it’s fair to critique his films only for the latter. But if there is no perceived influence — and this is of course subjective — then why not take the legendary 79-year-old filmmaker and his films, each at face value?

Should We Judge Woody Allen’s Relationship With Soon-Yi Previn?