A Chat With Nadav Lapid, Director of ‘The Kindergarten Teacher’ 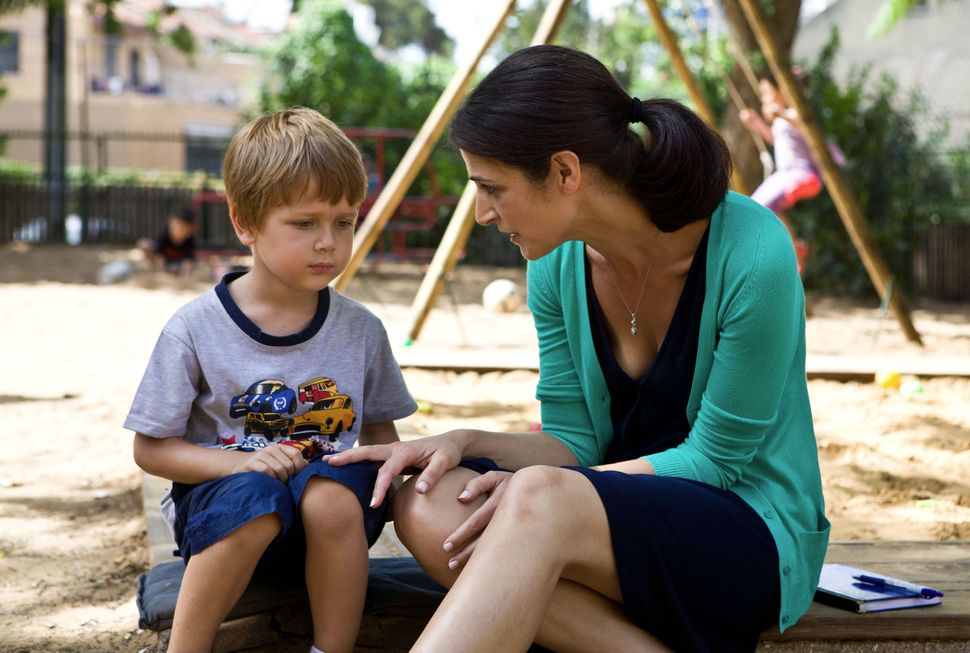 I looked forward to the interview with ”The Kindergarten Teacher”’s Israeli filmmaker writer/director Nadav Lapid when he arrived the day before the July 31st opening of his somewhat autobiographical film. I had so many questions about the 5-year-old poet savant Yoav (intensely portrayed by Avi Shnaidman) and the obsessed-with-his-genius kindergarten teacher the sensitive, seductive Nira exquisitely portrayed by Sarit Larry.

“In a way, he is myself…as much as the kindergarten teacher, ” Lapid told me recalling his own genius at “creating and reciting poetry from ages four to seven.” Were all the poems in the film his? “Yes. Yoav is myself. I had a habit of reciting poems from right to left and left to right.” “You also wrote the one about Hagar?” He replied: “I have no memory of the moment. My father was reading poetry to me when I was young — perhaps a transfer.”

“What was the reception to the film by Israeli kindergarten teachers?” I asked. “We invited 600 Union of Kindergarten Teachers. It was a stressful situation. If you had seen the debate, it was anything but cold…so exciting. Some were furious. Some admired it. Critics sometimes tend to write about films like mine using words like ‘analytic, artistic, cold, intellectual’.”

“Did beautiful 5-year old Avi understand what he was spouting when, for example, he works himself into a froth as he parrots a fellow kindergartener who bellows an anti-Semitic grotesque hooligan soccer rant: ‘F—k the Macabees! ’Whores! Burn alive! …Ghettos!’ calling the Macabee’s ‘Nazis’” Yet all that Nira could calmy say to the boy leading the chant was “You are behaving terribly”! “It is an obscene song” said Lapid, “but it’s a huge hit with football fans in Israel.”

I asked Lapid about Nira telling 5-year-old Yoav — who at times “recited one of [your] poems as if in an trance — about there being Ashkenazi and Sephardic Jews and pointing them out to him on a beach using a poem with political overtones by legendary poet Chaim Nachman Bialik [whose works I’ve read in Yiddish] without informing either the boy or the [non Israeli] audience who he was and it’s significance. You present poets as being out-of-step unhappy oddballs. You have one of the characters stating that ‘only morons and the poor’ go into the army!?’”

Lapid explained: “This is a political, psychological, ideological film in which I try to put this strange, terrifying confusion together… [It’s a film] that wants to transform a message… you have these questions, the place in life for complexity for strange beauty, for poetry, for nuances… swallowed by vulgar nationalistic noisy culture.”

Something of a shock to the system is unhappily married — herself a mother of two adults — Nira’s extra-curricular life, with its [not model calibre] frontal male nudity moments that transforms sensitive teacher Nira to a sensual persona who later places Yoav in an almost dangerous compromising situation.

“She wanted to keep his creativity pure,” explained Lapid. “I am raising this question: Where do the words come from?”

A Chat With Nadav Lapid, Director of ‘The Kindergarten Teacher’