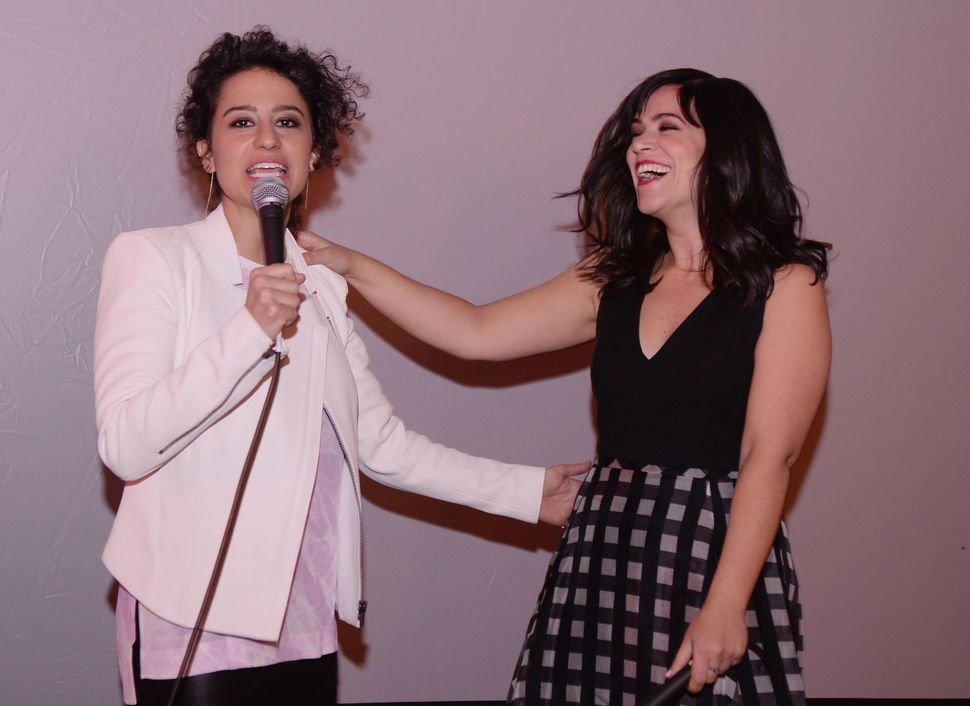 The Jewesses of “Broad City” are back again!

In case you don’t watch it, Jewish comediennes Abbi Jacobson and Ilana Glazer star as two exaggerated versions of themselves on Comedy Central’s “Broad City.”

It’s hilarious and super Jewy. Just watch this clip in which the two walk into a Subway car full of .

Round one: Abbi Jacobson’s “Humpty Dance” vs. Ilana Glazer’s “Hey Ya”

Abbi went first, gyrating all the way around the stage floor as the song suggests. Her facial expressions are priceless throughout the entire song.

Well, if Ilana’s performance of “Hey Ya” was any indication, Abbi succeeded. While she manages to “shake it like a Polaroid picture,” she lags during the lengthy speaking parts, strutting across the stage instead of dancing.

First, Abbi struts out while “belting” the opening chords of the Dreamgirls’ classic in a floor-length golden gown. She just stands there, but she definitely gives it her all, shaking her fist in the air and clutching at the mike stand.

Then Ilana jumps out wearing a bright yellow raincoat (and not much else). She’s a ball of energy, hopping around the stage accompanied by the male dancers clad only in trench coats and red trunks. The choreography looks pretty impressive, and Ilana busts out every move there is (including crossing herself!).

Ilana won the contest, but did she deserve to? Judge for yourself: