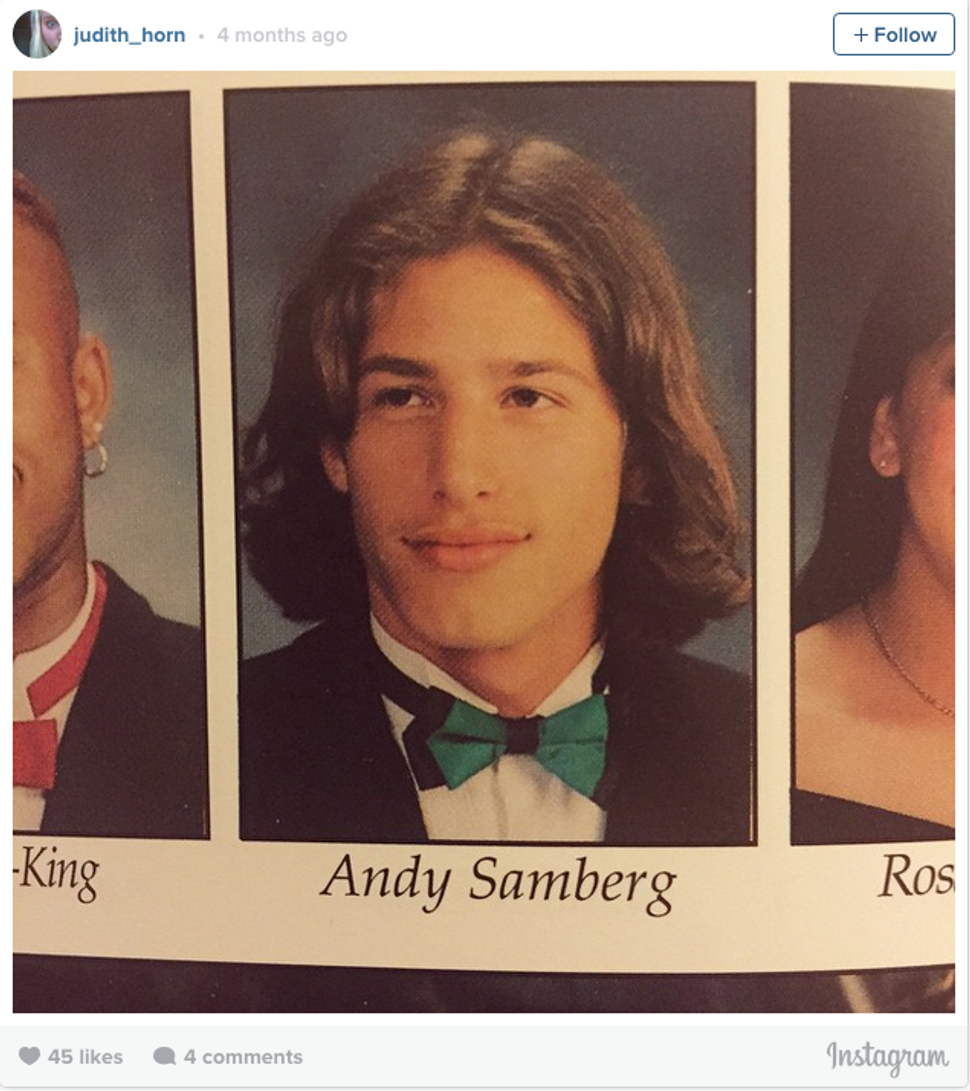 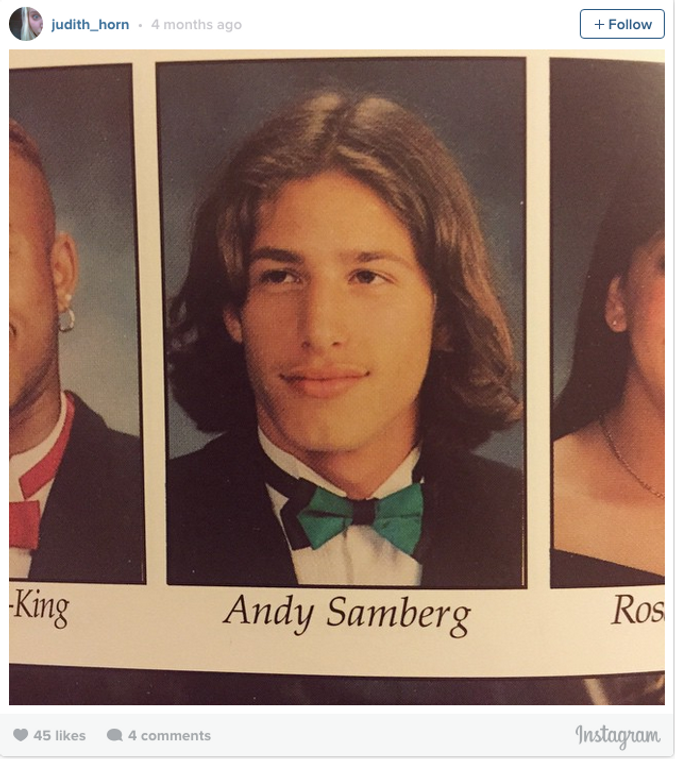 The pictures, taken when Samberg was a student at Berkeley High in his hometown of Berkeley, California, show some early clowning abilities. After graduating in 1996, he went on to found The Lonely Island, join the cast of “Saturday Night Live,” and give us “Brooklyn Nine Nine.” (And “That’s My Boy,” but we don’t talk about that.) 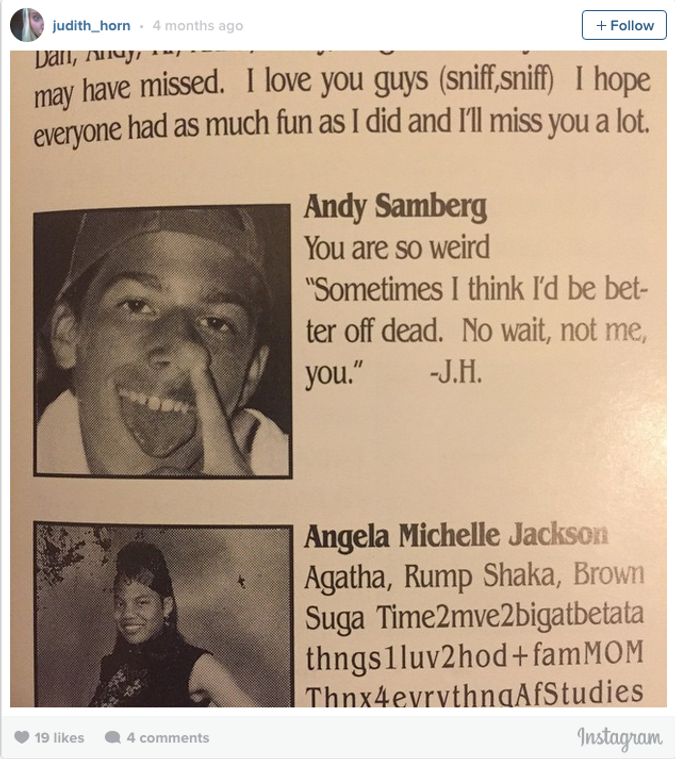 For more pictures, head over to Buzzfeed.