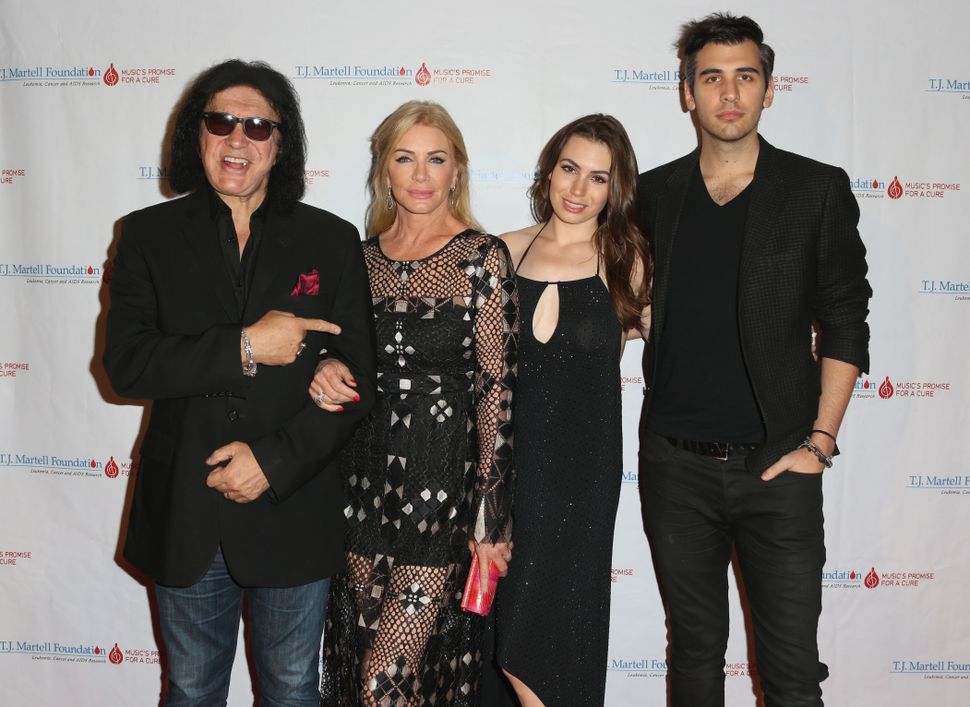 Los Angeles police recently searched the home of Kiss rock singer Gene Simmons but said neither Simmons or his family were the targets of their inquiry.

The search on Thursday was conducted by members of the Internet Crimes Against Children Task Force, a Los Angeles Police Department spokeswoman said, but gave no further details.

“None of the family is a suspect in this investigation,” officer Nuria Vanegas said.

A representative for Simmons told NBC news that the police visit was to “discuss a crime that may have occurred on their property last year while Mr. Simmons was away on tour with KISS.”

“Neither Mr. Simmons nor any member of his family is a person of interest in the investigation and they are cooperating fully with the investigation,” the representative said in a statement.

Simmons’ wife Shannon thanked fans for their support in a Twitter message late on Thursday, adding “We couldn’t be more horrified that someone used our residence for such heinous crimes. Law enforcement is on it.”

Thanks for your support. We couldn’t be more horrified that someone used our residence for such heinous crimes. Law enforcement is on it.

Simmons co-founded metal band Kiss in the early 1970s and appeared with his family in TV reality show “Gene Simmons Family Jewels” for seven years until it ended in 2012.