The Fat Jew Is Sorry He Stole Jokes. Kind Of. 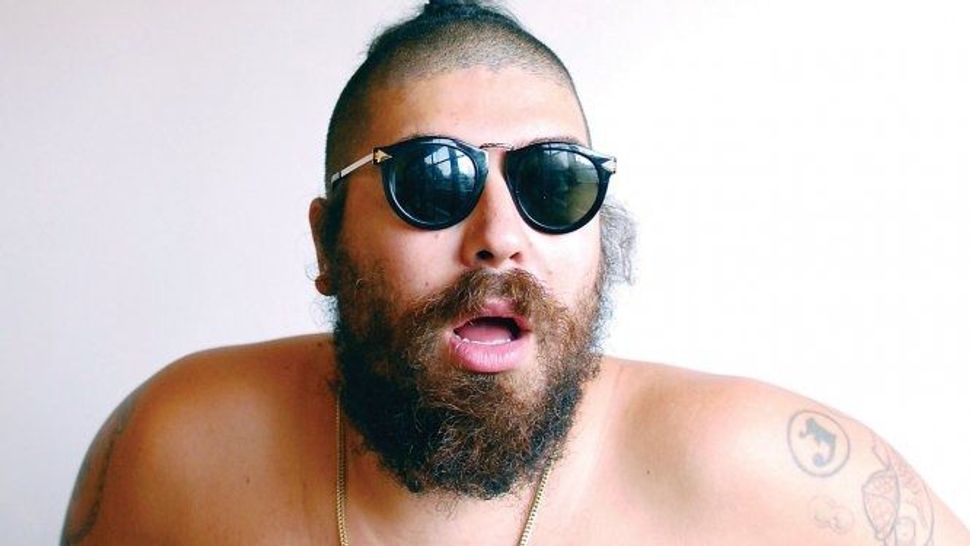 Image by Courtesy of Fat Jewish

It’s been a hard week for The Fat Jew. After weeks of rumors that he had been stealing the jokes that have made him a pop icon, actual evidence of plagiarism surfaced, causing Comedy Central to cancel his contract for a scripted series.

But the Fat Jew is not deterred. Josh Ostrovsky (as he is known in real life) sat down with on Thursday to talk about the drama, and apologize. Kind of.

His excuse? He just didn’t know that he shouldn’t have cropped the original users’ names out of their pictures. Or cut out their Twitter handle. Or ignore multiple requests asking for proper credit.

“At the end of the day, I get it,” Ostrovsky said. “I should have been providing attribution for all posts. It’s always been important to me. The internet is a vast ocean of stuff, and sometimes it’s hard to find the original source of something. I now realize that if I couldn’t find a source for something, I probably shouldn’t have posted it in the first place.”

Because apparently, it’s really really tough to simply click on links back to original sources, you know, on the Internet where nothing really gets deleted. (Just ask the people at Ashley Madison.)

“I urge people to reach out and say, ‘That’s my thing.’ I would love to give credit,” he added.

But the thing is, it looks like people have already had asked him. Multiple times. And he evaded their tweets and e-mails for proper citation. Rolling Stone cites one instance in which he asked an artist whose comic he stole to call him back so they could collaborate in future instead of properly crediting him.

“I’ve been doing moronic stuff since before social media existed. I was sitting in hot tubs full of pasta, and interviewing rappers about whether they liked sleepovers and making them uncomfortable.”

Kind of like that feeling people get when they see their jokes go viral with nothing to show for it.

When asked how he let the situation get to this point, Ostrovsky replied, “I don’t think I realized how much my voice was resonating. Everything was moving so fast.”

I mean, I wouldn’t know how fast things move when you have 5.7 million Instragram and 257 thousand Twitter followers. It’s not like you have numerical data on how many people you’re reaching every day, right?

What’s more, Ostrovsky maintained that everyone knew that he was taking stuff from multiple sources. And that he had a boatload of interns at his beck and call who didn’t have time to do a quick Google search.

“I never intended for anyone to think that these were mine,” he said. “I have an army of interns working out of the back of a nail salon in Queens… I’ve got so many other things that I needed them to do.”

As for that Comedy Central fiasco? Ostrovsky stressed that evidence that he had stolen a significant portion of his content did not impact the decision to cancel the show.

“Eighteen months ago we started developing the pilot,” he said, “and then mutually came to the agreement that we didn’t love what we were creating together. It sort of just died a natural death.”

Ok. It’s a little hard to believe that its premature demise wasn’t hastened by condemnation from famous comedians, multiple online media sources, and general public outrage. But sure.

“I like to think I’m a trusted voice of pop culture, and that people understand that this is a mix of things — some of it is me, some of it is just me talking about it.”

The Fat Jew Is Sorry He Stole Jokes. Kind Of.