Why Kirk Douglas is Giving Away $80 Million 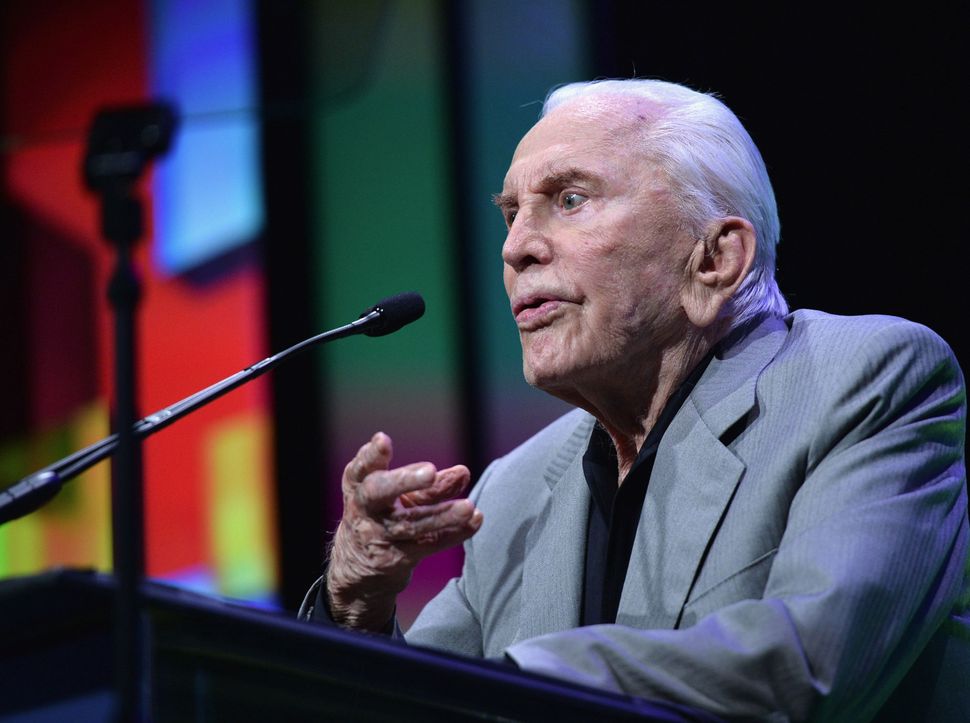 In a move reminiscent of the Golden Age of Hollywood heros he played on the silver screen, Kirk Douglas has decided to give away millions to charity. that Douglas, 98, together with Anne Douglas, his wife of over 60 years, will be donating the majority of the pair’s $80 million trust.

The actor attributed his decision to his Jewish upbringing in Amsterdam, New York, and his mother’s lasting advice.

“Sometimes we didn’t have enough to eat, but very often there would be a knock at the door and it would be a hobo wanting food, and my mother always gave them something. My mother said to me, ‘You must take care of other people.’ That stayed with me,” Douglas told the Hollywood Reporter.

So, when Douglas looked at his most recent bank statement for a trust he and his wife had created in 1955, he decided to donate nearly all of it to worthy causes.

Among the many beneficiaries of the $80 million set aside for charity is Westwood’s Sinai Temple, which includes the Kirk and Anne Douglas Childhood Center. They are also giving to Douglas’s alma mater, St. Lawrence University, Culver City’s Kirk Douglas Theatre, Children’s Hospital Los Angeles.

At Anne’s behest, they are also using the money to construct 408 playgrounds in the Los Angeles school district and assisting the homeless shelter she founded, the Anne Douglas Center for Women.

“It makes me feel good to have what I have, “but then to do good with it,” she told the Hollywood Reporter.

The Douglas family is no stranger to charitable contributions. In the early 1990s, they raised $2 million to build a specialized facility for people with Alzheimer’s and related forms of dementia. 15 years ago, they gave $15 million more because the original care center had become overcrowded. An additional pavilion will be built next to the original.

Why Kirk Douglas is Giving Away $80 Million