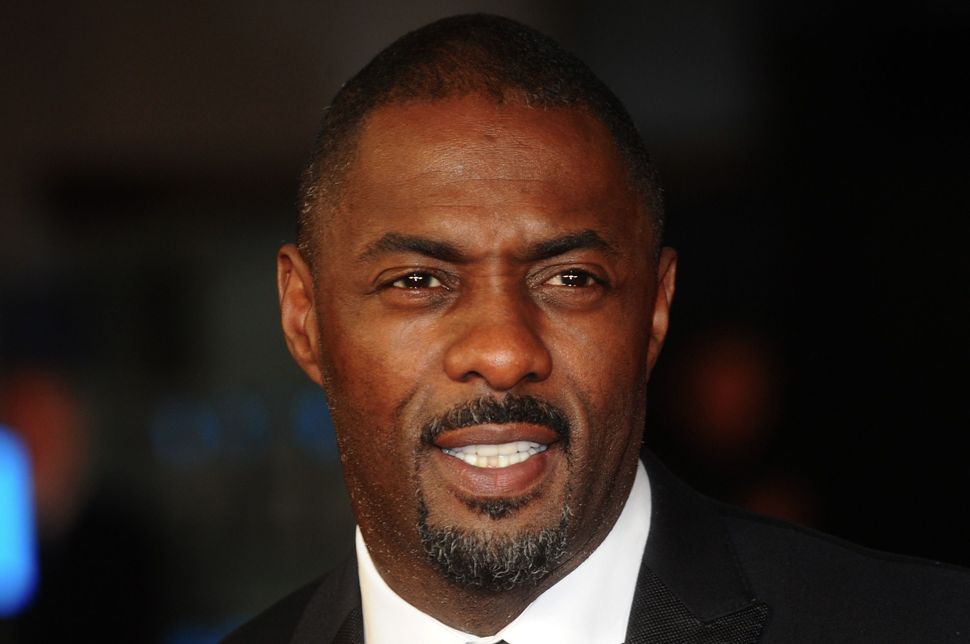 Anthony Horowitz, the British Jewish writer tasked with writing “Trigger Mortis,” the next novel in the James Bond saga, might want to look to his main character for charm lessons.

In an interview with the , Horowitz let it be known that he thinks Idris Elba, a fan favorite in the runoff to cast the next Bond, is “probably a bit too ‘street’” to play 007. Translation? He’s black.

Despite Horowitz’s claims that he wasn’t referring to the actor’s race — “Idris Elba is a terrific actor, but I can think of other black actors who would do it better,” he added in the interview — the Twitterverse was quick to condemn the comment.

“Sorry. What I meant to say was Idris Elba is too” *consults racist euphemism cheat sheet* “urban contemporary to play the new James Bond.”

But calling Idris Elba “street” is like saying Harrison Ford is “too Jewish”. https://t.co/NGAk3wyj5V

Idris Elba is “a bit too street for Bond,” said the writer of a new Bond book. Just say “black,” it’s easier. http://t.co/MmMujUoigs

Idris Elba is handsome, urbane, confident. If he’s ‘street’, that street is a gilded cobblestone cul-de-sac in front of a stately mansion

Ta-Nehisi Coates, columnist for The Atlantic and author of “Between The World and Me,” probably summed it up best when he tweeted that Hororwitz should “Just be honest and say ‘James Bond’s being white is important to me’ and be done with it.”

Just be honest and say “James Bond’s being white is important to me” and be done with it. cc @reetamac http://t.co/TvG9R3SbjT

Looks like Idris Elba can keep that tux on — for now. And just in case you were curious about the actual book, it’s set in 1957, two weeks after “Goldfinger,” and features the return of Pussy Galore.