Were the Nazis High on Meth? 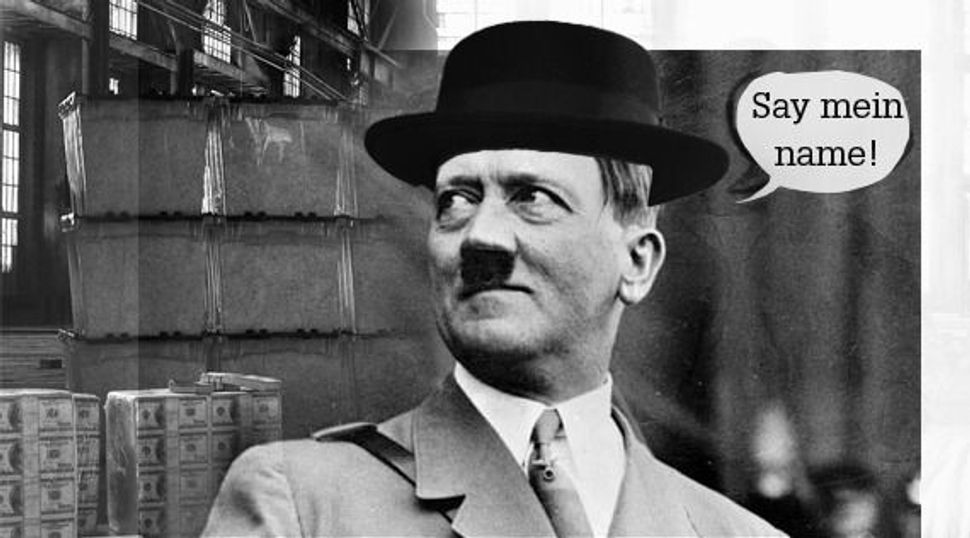 Before Walter White, there was Adolf Hitler.

A new book by German writer Norman Ohler describes the Third Reich’s fascination with a drug called Pervitin — described in as “essentially a pill form of crytal meth” — used to fuel Hitler’s armies during Blitzkriegs.

“Der Total Rausch” (The Total Rush) expands on a 2005 article in Der Spiegel, which uncovered the Nazi practice of loading up soldiers on drugs to keep them awake for long periods of time during the invasions of Sudetenland, Poland and France.

The Der Spiegel story included letters from Wehrmacht soldiers at the front, asking for their relatives to send them drugs. In one such missive dated November 9, 1939, one young soldier stationed in Poland wrote to his “dear parents and siblings” in Cologne: “It’s tough out here, and I hope you’ll understand if I’m only able to write to you once every two to four days soon. Today I’m writing you mainly to ask for some Pervitin …; Love, Hein.”

The drug, developed by a Berlin chemist and sold over the counter in pharmacies across Europe, was considered to be “just like coffee,” Ohler writes. Millions of pills were reportedly flown to the front-lines at the beginning of the war. Though Pervitin was outlawed in 1941, the Daily Beast writes that Ohler spoke to one general who claimed it was used well beyond that time. According to Ohler, soldiers could hike up to 36 miles in one day while under the influence. Unfortunately for those who crossed their path, the influx of serotonin and dopamine to the brain led to fits of uncontrollable irritability and rage.

If you’re wondering whether the Fuhrer himself indulged in some crystal, the answer is…probably not. But according to Ohler, he did make some of his decisions while mad-high on heroin, an addiction the author claims allowed him to “maintain his delusion until the end.”

While the idea of Nazis making runs to Los Pollos Hermanos while high on meth is amusing, I wonder if such findings won’t give Holocaust naysayers the convenient excuse they need. After all, what could be more convincing than: “Sorry bro, it’s not his fault — Hitler be trippin.’”

Were the Nazis High on Meth?