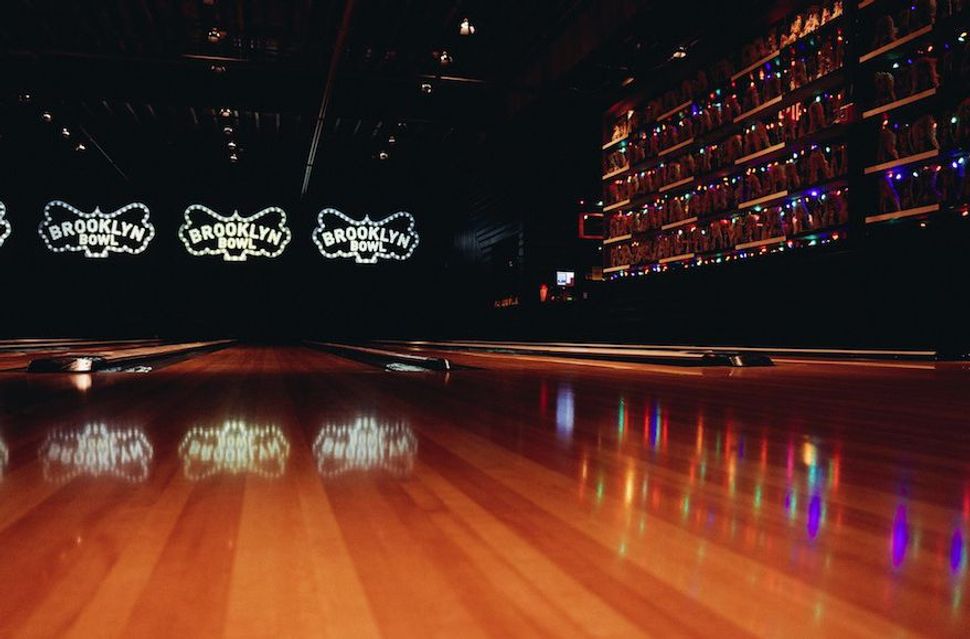 (JTA) — Peter Shapiro — the owner of Brooklyn Bowl, a mid-sized music venue in Williamsburg that boasts a bowling alley and a Blue Ribbon restaurant — has referred to himself as the “rabbi” of his unique venue. But, come Monday, an actual rabbi will be taking over the joint.

The event, appropriately titled will be a only-in-Brooklyn type of Rosh Hashanah morning service. Led by inventive Brooklyn Rabbi Dan Ain, it will feature music by blues-rock musician Jeremiah Lockwood (singer of the group The Sway Machinery) and include a meditation session led by “mindfulness expert” Miriam Eisenberger. Ain describes it as part religious service, part intimate concert and part space for people looking for a generally spiritual experience that’s tough to achieve in the bustle of life in New York City.

“We wanted to have fun,” Ain says. “A lot of people are turned off [from attending services] because they don’t connect with any specific agenda…We’re trying to do away with that.”

Ain, known to most as “Rabbi Dan,” has been holding Friday night Shabbat dinners and “klezmer brunches” with comedians, composers and other artists around New York City since leaving his post as director of tradition and innovation at the 92nd Street Y in May. The events are part of his new “startup,” Because Jewish.

The name, he says, stems from what he had heard at Jewish conferences: people being asked to “be Jewish because it can help you with relationships, or it can help for this social agenda.” His goal is to get people to connect to Judaism on their own terms.

“[Jews today] are not anymore interested in celebrating 1785 Poland than recreating 1980s Long Island,” he says.

This will be the fourth year that Ain and Lockwood have teamed up for High Holiday services. Lockwood — the grandson of legendary cantor Jacob Konigsberg — combines Old World-style cantorial singing with bluesy and, at times, reggae-infused guitar. He has toured around the world with his band and played with perennial New York subway performer Carolina Slim.

Bowl Hashanah will be the pair’s biggest event so far — and it’s something they hope could become an annual tradition.

Shapiro, whose family was very active in the organized Jewish community, opened Brooklyn Bowl in 2009; its unique formula has now expanded to London and Las Vegas. The venue is in one of Brooklyn’s most gentrified and trendy neighborhoods (mere blocks from Vice Magazine and the Brooklyn Brewery), and has hosted acts such as Kanye West, Elvis Costello and Paul Simon.

“We have said for years that Brooklyn Bowl is our sanctuary, clubhouse, church and synagogue,” says Mike Greenhouse, the editor-in-chief of Relix.

In that regard, the venue will get to prove itself on Monday.