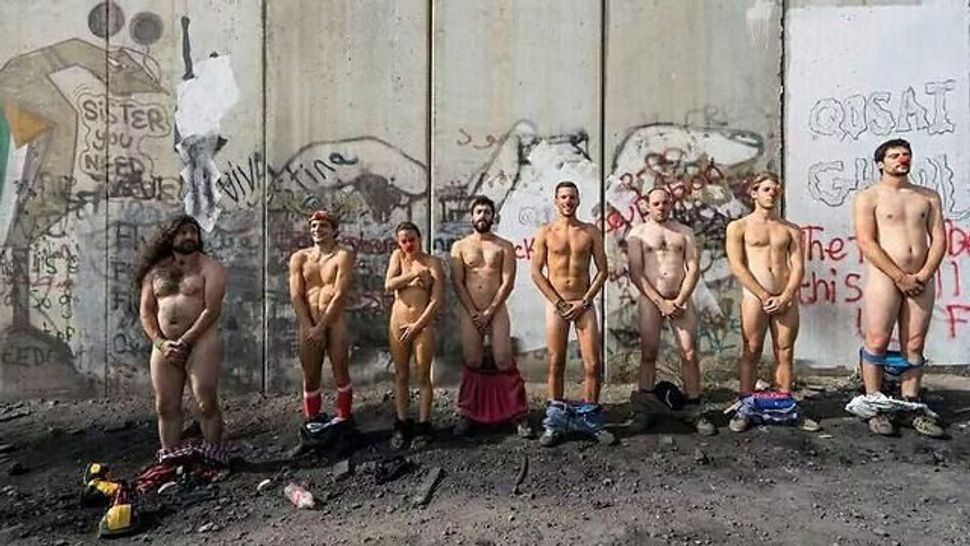 In an example of , Spanish activists in full clown makeup — red noses included — disrobed in front of the West Bank separation barrier in Jerusalem to protest the wall’s existence as a divider between Israel and the Palestinian territories. 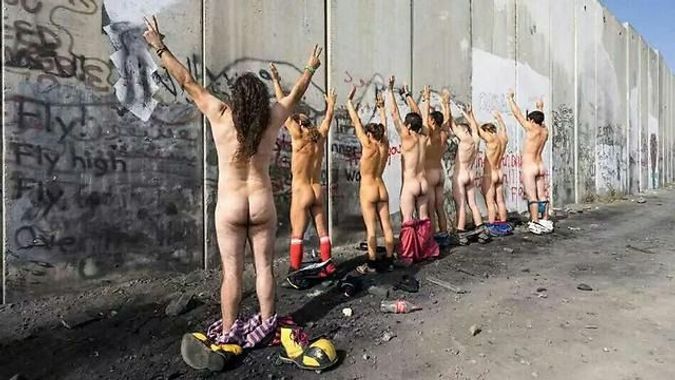 The group, Pallasos en Rebeldia — Clowns in Rebellion — received mixed reactions (to say the least) with strong criticism from conservative Palestinians calling their protest a disrespectful show of “disgusting solidarity.” Others welcomed the clowns’ support in the hopes that the photos would draw world-wide attention to their plight.

The activists, who held protests earlier in the week in Bethlehem, Ramallah and East Jerusalem, explained their actions with a statement on their Facebook page: “When you stand before this shameful fence, all of humanity is naked. The decision to be photographed as naked clowns was meant to remind us that all of humanity has lost its respect by allowing such barriers to exist. The 21st Century is the time we need to break barriers and not build new ones. We apologize to the Palestinians whose feelings were hurt in this act. This is not an act against Islam; this is our way of denouncing the barrier.”