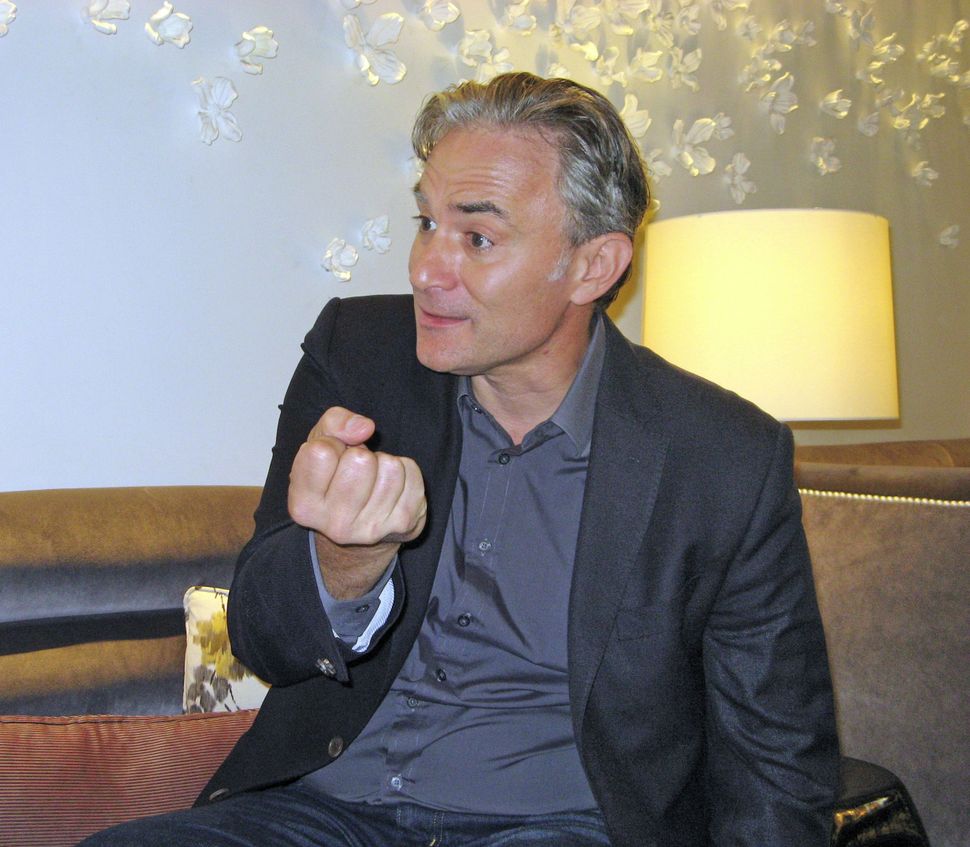 “I assumed your film [“Labyrinth of Lies”] was fiction — not realizing you were recreating history,” I told Giulio Ricciarelli during our chat at the Regency Hotel. In this, his directorial debut film of the behind-the-scenes drama that led to the 1963-65 Frankfurt [Auschwitz] trials, which, he said “was as important in its way as the Nuremberg Trials. Before that, German Chancellor Adenauer said: ‘Let’s draw a line below the past’ — the young generation growing up never heard about Auschwitz — all this changed with the trial.”

Masha Leon: But Germany is renowned for its insistence in teaching the Holocaust in its schools.

Giulio Ricciarelli: That’s the paradox of the film. For almost eighteen years they tried everything in their power to sweep it under the rug…talking about it. Prosecutors [led by] Fritz Bauer (Gert Voss) forced the country to “look”.

I was struck by the restrained, yet unrelenting, drive to get to the truth by the young prosecutor Johann Radman masterfully portrayed by Alexander Fehling who played Staff Sgt. Wilhelm in Quentin Tarantino’s “Inglourious Basterds.”

I’m glad you saw it as fiction, because I wanted to make an entertaining, engaging movie with a real leading man…and Radman is a minimalist actor — smart and so archetypically German.

Had you seen many Holocaust films?

Yes, but when I start working on something I do not look at others’ work. Here it’s offstage. We leave it to the imagination of the audience.

Interesting, because you have the prosecutor interview survivors — you show them animated, speaking — but you do not hear the narrative!

I was 8 ½ years old in Germany when someone brought in a pack of pictures from Auschwitz. I was destroyed. I could not understand it and with all the research I did, still cannot understand it. When you told me your [survival story] I got emotional immediately. So many Holocaust survivors never told their children about the Holocaust a kind of code of silence. They skipped a generation and told it to their grandchildren.

What was the reaction to the film in Germany?

The craziest thing is that this story is not known… There were the horrors of the Holocaust, but then you have to take the audience to a time when the war ended [yet] Auschwitz had no meaning… A woman in her 50’s was in America in her 20’s and a survivor showed her the number on her arm and told her ‘this is what your country did to us’. The young woman did not know what that meant. Back home in Germany she asked her father— who was dying — what happened and her father said ‘child, you would not understand’ and never talked about it. There are many such stories. A woman told me ‘we have a box from my grandfather — we are all afraid to open the box because we don’t want to know what he did in the war.’

Mengele is mentioned — but not shown — several times in the film.

I could not put this in the film but Mengele went skiing in Switzerland. Frankfurt prosecutors called the Swiss and said: ‘Hold this man. He is a criminal!’ The Swiss called and said ‘We need a photo.’ The BKA [German Federal Police] would not give it to them! So he went back to South America.

What was the reaction elsewhere to the film?

The film was submitted to a major film festival in Vienna and they didn’t even watch it, saying ‘It has nothing to do with us.’ The Austrians are very much like that… I was born in Italy — my father is from Perugia, an Etruscan family — and I have a German mother. When I was at Yad Vashem, this 80-year old woman from Amsterdam came up to me and said, ‘my father was a Nazi in Holland. There was so much collaboration there.’

Your film is another nail-in-the coffin in ‘Holocaust never happened’ revisionism.