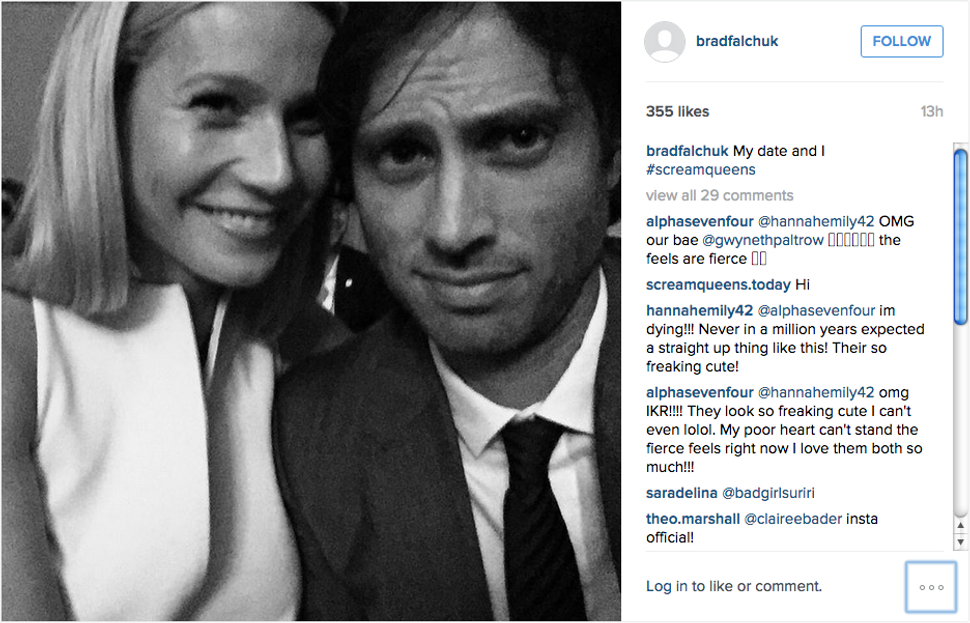 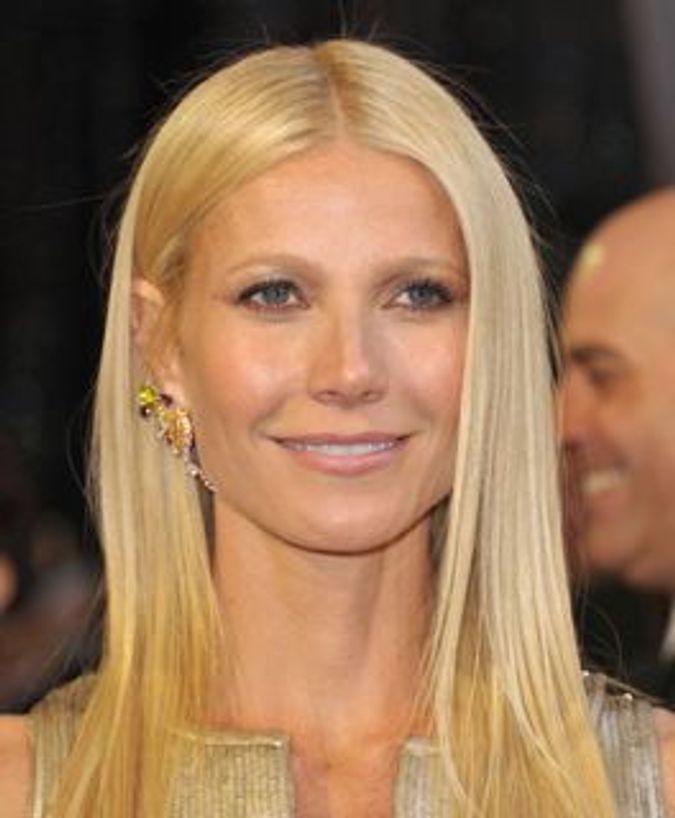 The photo of the pair was posted to Brad’s account instead of Gwyneth’s, which makes us think that they’re still trying to leak the news slowly. (Gwyneth has 1.2 million followers; Brad has around 500 at the time of the pic posting.)

The photo was taken during the premiere of “Scream Queens,” Brad’s most recent project. Once again, he is joined by Ryan Murphy, co-creator of both “Glee” and “American Horror Story.” You might remember Gwyneth’s memorable appearance on Glee, in which she played awesome substitute teacher Holly Holiday, for five episodes.

Brad captioned the photo, “My date and I #screamqueens”.

After the premiere, the pair went out to dinner. Brad posted a photo of his pre-meal plate with the restaurant’s logo on the napkin to twitter, adding, “Finishing the night. Dinner for two.” 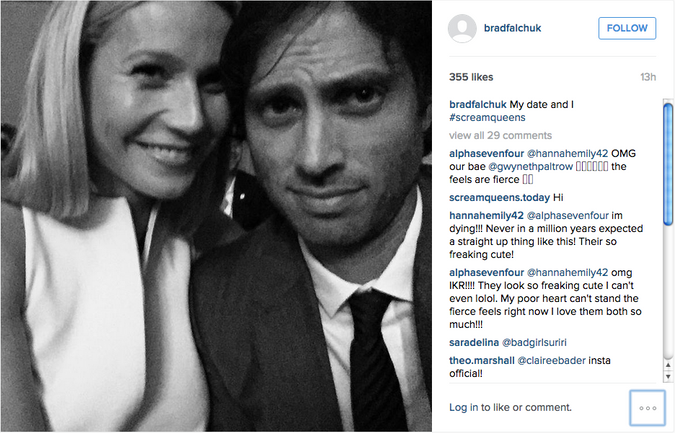 Dating rumors began in July 2014, when Gwyneth and Brad reportedly flew to Utah together for a “romantic getaway” according to Vanity Fair. Gwyneth had separated by still remained on friendly terms with her ex-husband, Chris Martin, and father of her two children, Moses and Apple. Brad’s wife of ten years had filed for divorce in March 2013.