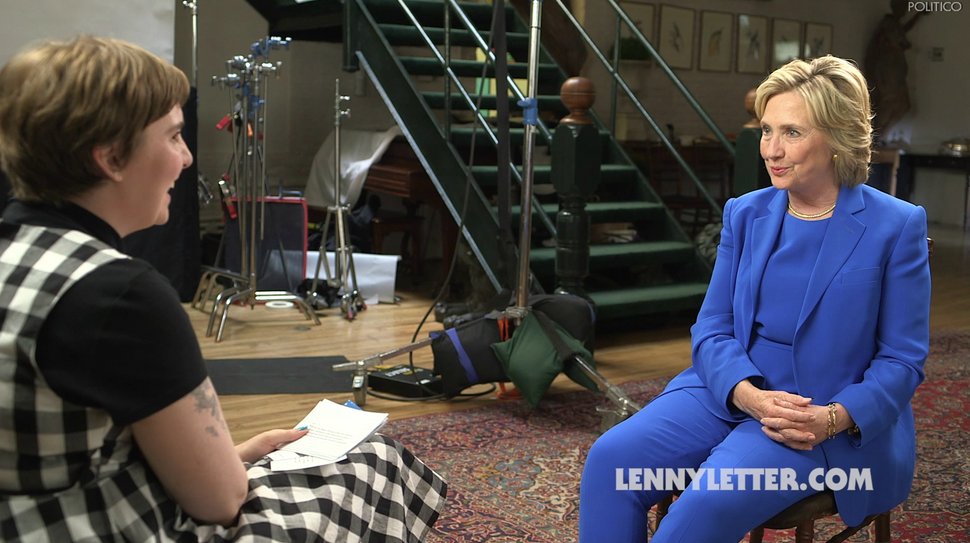 Hillary Clinton tells millennial queen Lena Dunham that she “absolutely” is a feminist in an interview with the Girls’ star, who was an early big booster of the former secretary of state’s presidential run.

The interview will run in full next Tuesday on the 29-year-old Dunham’s new website, LennyLetter.com.

To say the chit-chat is a friendly one would be an understatement.

“I think the question on every Lenny reader’s lips is, ‘Are you a feminist?’” Dunham asks in a clip posted .

Clinton, 67, knocks that one out of the park —  and tweaks women who consider demonize the word.

“Yes,” Clinton responds, as they both laugh. “Absolutely.”

“I’m always a little bit puzzled when any woman of whatever age, but particularly a young woman, says something like, ‘well, I believe in equal rights but I’m not a feminist.’ Well, a feminist is by definition someone who believes in equal rights,” the former First Lady adds.

“I’m hoping that people will not be afraid to say, that doesn’t mean you hate men, it doesn’t you want to separate out the world, so you’re not a part of ordinary life — that’s not what it means at all! It just means that we believe that women have the same rights as men.”

Politico reports that Dunham’s fellow Jewish ‘it’ girl Amy Schumer makes a cameo in the interview, which was filmed in Clinton’s Brooklyn campaign headquarters, and will include several comedy bits.

“In the full interview, Clinton will engage with Dunham in an intimate discussion about what her own life was like in college, and the ambivalence she felt in her early 20s about her own life and career path,” the website notes.

Dunham was an early supporter of Clinton, posting Instagram in April an image of her new “tramp stamp” — the Hillary “forward” H logo. 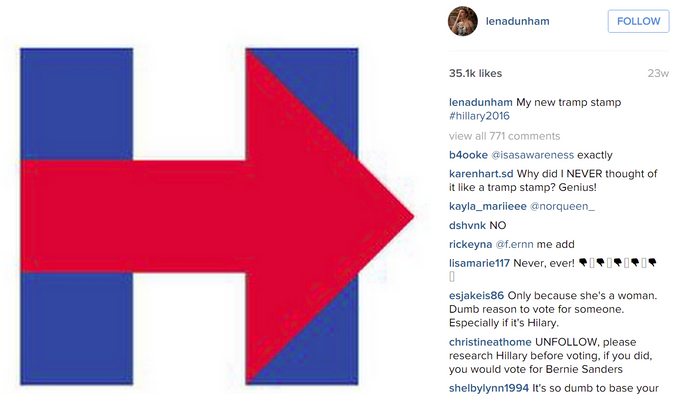