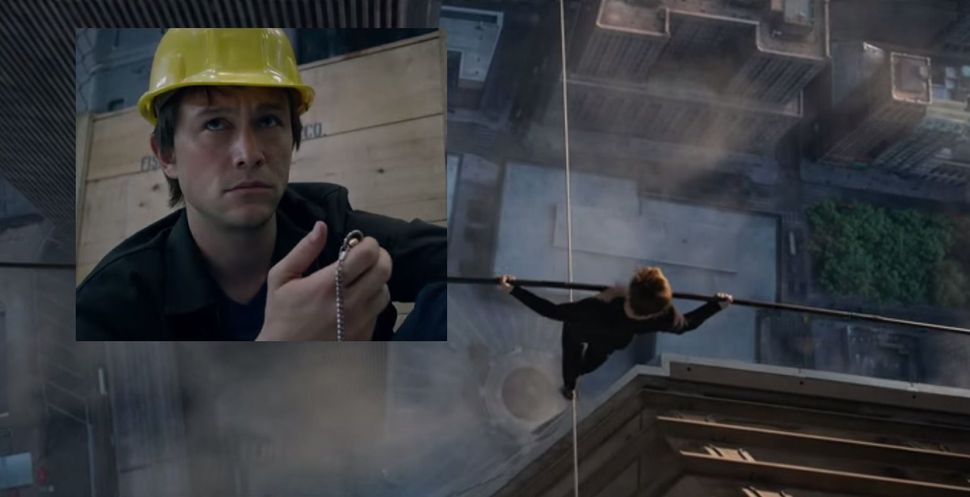 It’s been a busy week for Joseph Gordon-Levitt and, with three major Hollywood films coming out between now and early next year, it’s going to be an even busier year.

The 34-year-old indie darling — who hit big as a teen in the TV sitcom “3rd Rock from the Sun” — also stars in a the Seth Rogen bro pic, “The Night Before,” out during the December holidays; and as Edward Snowden in Oliver Stone’s “Snowden,” expected to be released in 2016.

For “The Walk,” Gordon-Levitt reveals that he indeed learned how to walk a tight-rope from Petit, whose walk between the towers, destroyed in the 9/11 attacks, captured world attention.

“Philippe actually insisted that he be the one to teach me to walk on the wire,” Levitt said a recent press event. “By the end I was able to, by myself, with the pole balance on the wire.”

One of the now 66-year-old Petit’s other famous and controversial walks came in 1987 when he crossed between the Arab quarters and the Jewish quarter of Jerusalem over the Ben Hinnom Valley.

“The Walk” was co-written and directed by Robert Zemeckis, who, like the film’s star is Jewish.

Gordon-Levitt, who grew in Sherman Oaks, Calif., is the grandson of Hollywood director Michael Gordon and the son of a politically-active mom and dad: Jane Gordon and Dennis Levitt, founders of the Progressive Jewish Alliance.

He married Tasha McCauley in a secret wedding ceremony last December and the two became parents to a baby boy last month.

Gordon-Levitt has won praise for his serious dramatic roles and his impressive body of independent film work.

But he’s also amazingly funny as shown in both the NSFW trailer to “The Night Before” and his appearance on The Tonight Show Friday when he joined Fallon’s barbershop quartet in singing a neutered version of Rihanna’s racy, “Bitch Better Have My Money.”

And yes, the hottie and self-identified feminist can sing.