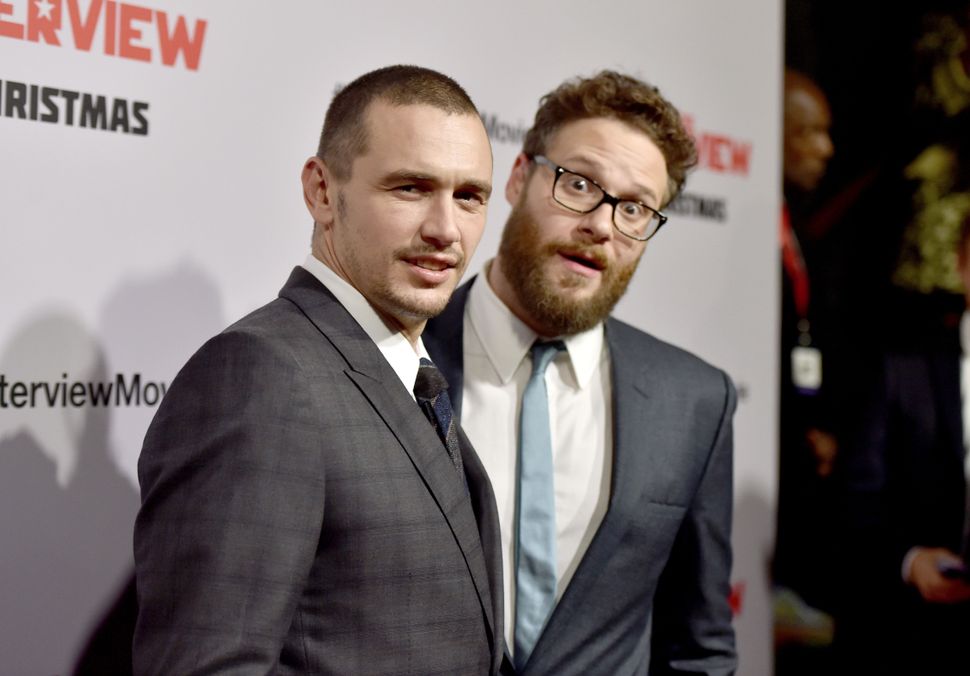 Seth Rogen announced some months ago that he was throwing fellow man-child Franco an coming-of-age party as part of his benefit to raise funds for Alzheimer’s. Though the event won’t take place until later this month, Vulture has found out that the legit ceremony has already occurred.

“He did his actual bar mitzvah last night,” Rogen told Vulture while at the New York Film Festival premiere of “Steve Jobs” over the weekend. Apparently, he offered photographic proof by way of his iPhone.

According to Vulture, all the right accoutrements were on display. Tallis? Check. Kippah? Check. Torah scroll? Check. “The Rabbi wouldn’t do it on the actual event, so he did it last night at our friend’s house and we filmed it and we’ll show it at our fund-raiser,” Rogen said. “He really got bar mitzvahed!” 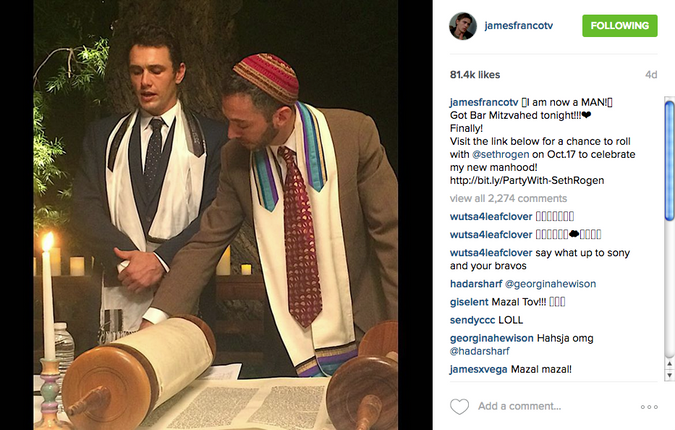 Ever the overachiever, Franco read his Torah portion in Hebrew. “What else is James Franco going to do?” Rogen said.

As for the party, you can expect it to be like every other bar mitzvah you’ve been to, except you know, with famous people. “I’m trying to organize a hora, specifically with some Jewish, uh, pop singers,” Rogen said. “If there’s any singer who’s Jewish, we’re getting them in there. Lisa Loeb. I think Haim is Jewish, I’m not sure. But yeah, we’ll find them.”

Dibs on holding up the chair!