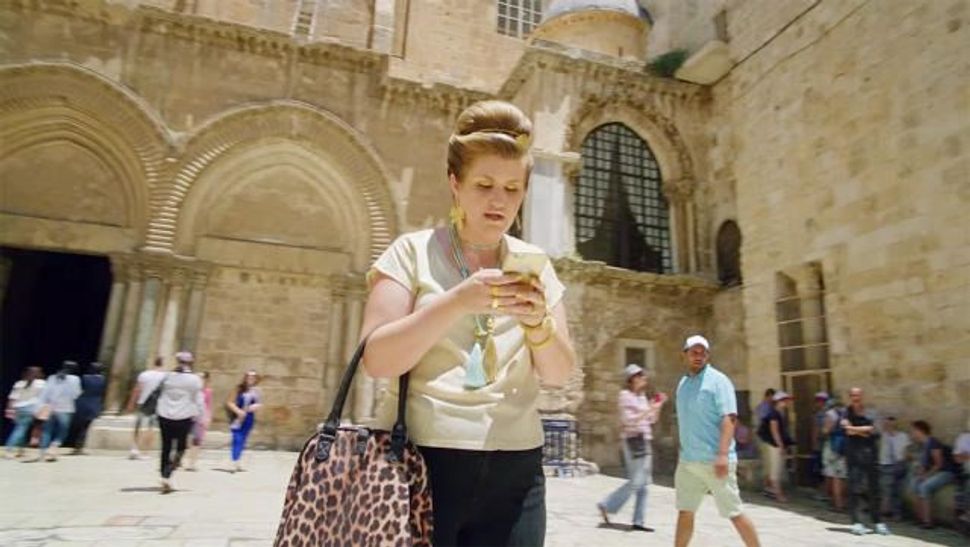 The follows six clueless American bloggers as they bumble their way around Israel. With titles like “Shalom, Shamericans!”, “Tech Aviv,” and “Shots Shots Shabbats,” the hilarious three-minute episodes follow the characters as they find out that yes, Israel has better medical marijuana than the United States. It’s a tech haven on par with Silicon Valley and has a dating scene full of nice (or naughty) Jewish boys and girls.

The only bad part about this series is that there are only seven episodes.

The tongue-in-cheek series is the brainchild of the New Venture Fund, a Washington D.C.-based nonprofit, and ad agency SS+K. They created the show as a way to “foster broader awareness of the people and culture of Israel [and] … showcase the innovative and culturally diverse aspects of modern Israeli life that are less well known outside the country.”

Brilliantly cast with some recognizable names like Angela Kinsey, Jillian Bell, Paul Welsh and directed by “Workaholics’s” Jay Karas, the show’s target audience are young people who don’t know much about Israel. SS+K partner and chief creative officer Bobby Hershfield said that a “web comedy series felt like a smart way to do it and we knew it would be a lot of fun to pull off,” Hershfield said. “This idea came about because we wanted to create a fish-out-of-water series putting unsuspecting Americans in a country they’ve never been, while not taking ourselves too seriously and showing some very unique aspects of Israel.”