When Ben Bernanke Dealt With Questions About Jewish ‘Horns’ 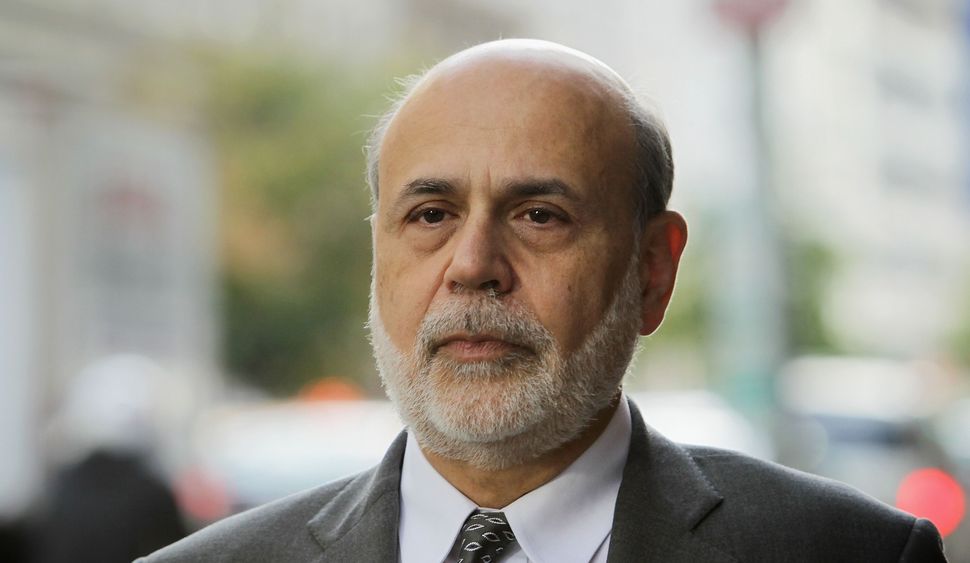 (JTA) — Ben Bernanke dealt with prejudice as a Jew crowing up in South Carolina — including being asked if he had horns — according to his new memoir.

Several times, the former chairman of the Federal Reserve writes, elementary school classmates asked “quite innocently, I believe” whether he had horns.

“Growing up in Dillon [in South Carolina], the son of the town’s druggist, Bernanke describes himself as “bookish and shy and often on my own.” As a Jew, Bernanke says he was something of an outsider.

But the real prejudice in town, he says, was directed at African-Americans.

Bernanke’s 600-page memoir, “The Courage to Act: A Memoir of a Crisis and Its Aftermath,” also includes plenty of juicy tidbits about “too big to fail” moments during the 2008 crisis.

His big reveal: He and Treasury Secretary Hank Paulson had no tools at their disposal to prevent the collapse of Lehman Brothers, although they agreed at the time not to say so, because they did not want to sow further panic. Their failure to explicitly say they could not save Lehman, however, fueled speculation they were allowing it to collapse for political reasons.

His best reveal: He singles out for thanks the Fed barber (there’s a Fed barber?) for offering words of comfort during the crisis. The nickname for the Fed barber: “The Hairman of the Board.”

Follow up question: Does the Hairman do current Fed chairwoman Janet Yellen’s hair?

When Ben Bernanke Dealt With Questions About Jewish ‘Horns’