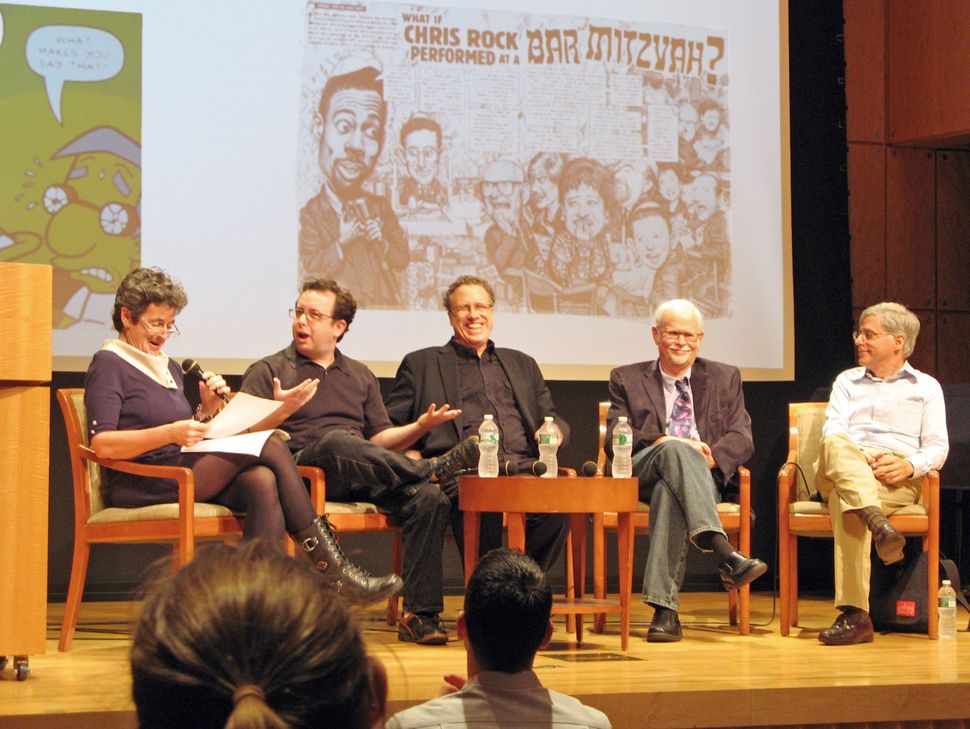 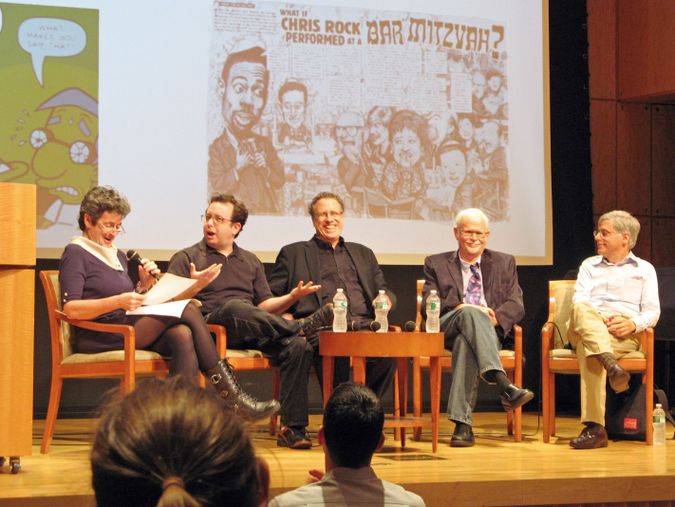 Levitz recalled the early days of the comic book industry as peopled by “a bunch of scrappy Jewish entrepreneurs at the absolute bottom of the publishing profession…. The comics in America basically began their flourish when LaGuardia became mayor of New York City and started an anti-porn campaign and pushed the [porno] publishers out…Late in the 1930’s Depression, there was virtually no opportunity in the arts for the young in general…. Yiddish theater was fading away [and] Jewish cartoonists were literally drawing in chalk on the sidewalks and the fact that they could get work and get paid for [it] was astounding regardless of how lousy the pay was.”

“They were often supporting their families,” said Fingeroth. “They maximized their income during the sweat shop environment working 17-18 hours a day—and many did that for all their lives”.

“Superman was created at a time when the science fiction pulp magazine was only ten years old. These kind of characters and concepts were pretty new in pop culture,” said Kupperberg “The Depression shaped these artists. Jerry Robinson dropped out of college at Columbia because he was making more money as a cartoonist to support the family.” Fingeroth added: “A number of these guys came from grinding poverty but a lot came from prosperous families who lost everything in the crash.”

Apropos the amount of work produced by these artists, Levitz said: “By any reasonable standard it’s insane. You’re talking about people who had careers and went on for fifty years because they started working professionally in their teens…worked [well] into retirement and produced in any given month what might be a half year’s worth of a modern comic artists’ work.”

“How was their Jewishness manifested in their work?” asked Green. “It was subconscious, I don’t think they were retelling the Moses story in Superman,” said Kupperberg. “I think, like with the Hollywood moguls and directors it was the last thing they were trying to do—create Jewish content.”

Levitz chimed in: ”You’d have a hard time getting a minyan out of this group. The Jewish sense of justice pervades and I think in many ways you can make an argument that this generation of Jewish writers and artists—the writers represented 75-80% of the first generation of comic books writers and creators —creating essentially all of the first generation of important characters— except for Wonder Woman and Captain Marvel. They are probably the most powerful source of having taken the precepts of social justice that we learned as a community and sending it out to the broad American community and putting it into the American ethos. Because comics were reaching young people-young Servicemen going abroad— that we were very powerful ambassadors for what became truth, justice and the American way in Superman terms…The moral lessons we learned from our parents and grandparents about how other people should be treated. This was not the Horatio Alger, not the American myth—you’ll go out, you’ll get rich, you’ll build something, you’ll become Donald Trump and everyone will revile you.

“I got into a discussion some years ago with a group of Arab editorial cartoonists who were probably as liberal a group as you can have in the Arab world,” said Levitz. They were visiting a State Department thingamaboby and one of them asked: ‘Aren’t all these super heroes just about the American belief that might makes right.’ I can see it, but I believe these [cartoonists] believe the American principle that we are born with gifts and talents and it’s what we choose to do with our gifts and talent….” Fingeroth interjected: “…is to use that power wisely and justly.”