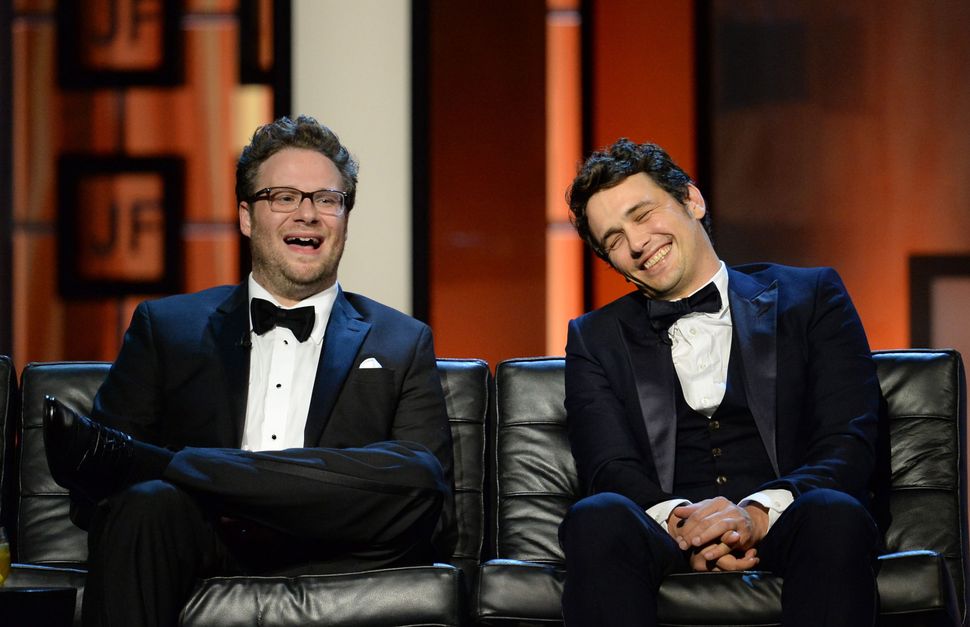 What would you do to attend the bar mitzvah Seth Rogen is throwing his best buddy James Franco on October 17?

When (yes, you read that right) and producer Diwon realized all the $150 tickets were sold out, they tried to find another way to get an invite: they wrote a song that might be even better than the hora.

With the opening line of: “when the beat drop, represent. Everybody got a little bit of mensch in them,” the “James Franco Bar Mitzvah” song is tailor-made for the Franco chair lift.

Rogen and his wife, Lauren Miller Rogen, are throwing the bar mitzvah as the fourth annual benefit for their Alzheimer’s foundation, Hilarity For Charity. The charity aims to “inspire change and raise awareness of Alzheimer’s disease among the millennial generation.” Rogen famously testified before Congress about his mother-in-law’s fight with the disease in order to raise awareness and funding for Alzheimer’s research.

Though the celebration is on Saturday at the Hollywood Palladium, Franco, 37, had a real ceremony on October 3. Mazal tov! Better 24 years later than never. 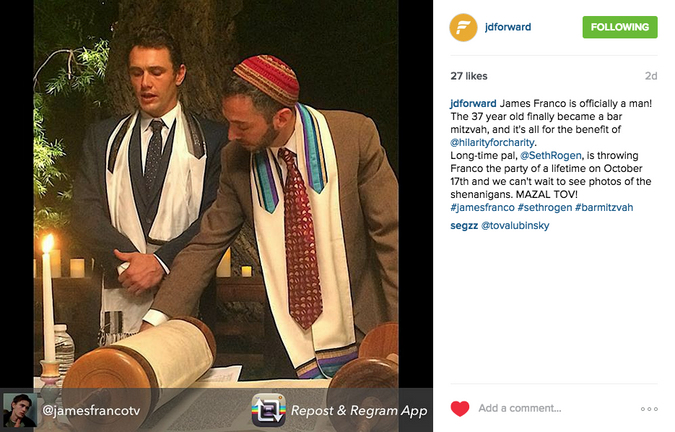