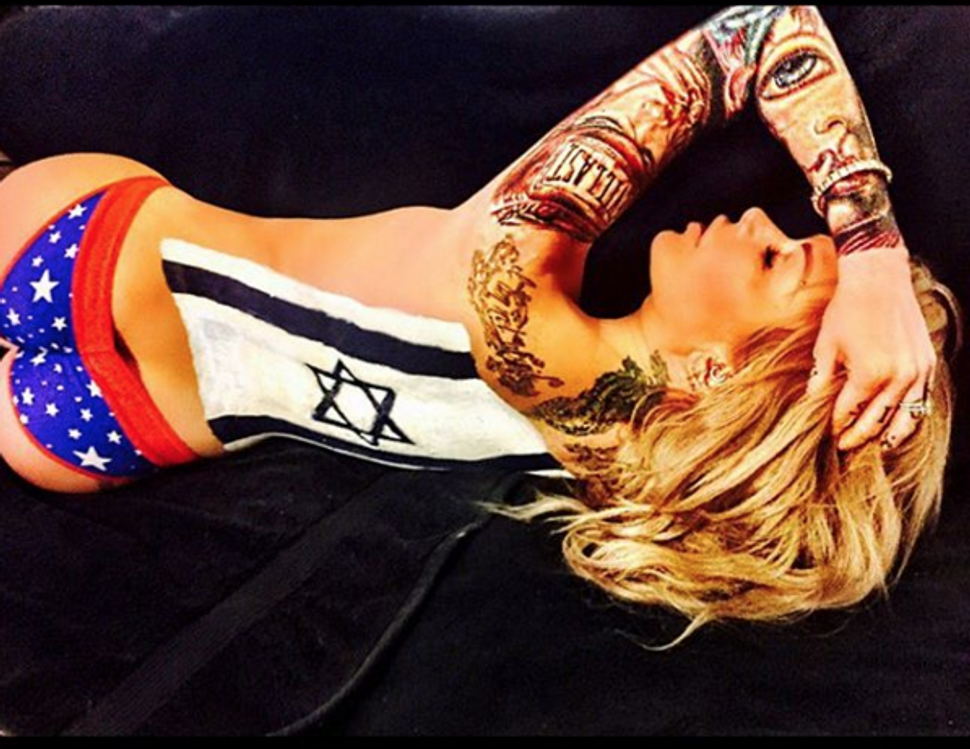 Jenna Jameson has chutzpah and she’s not afraid to use it.

The bombshell actress is perhaps the most famous adult film star of the millennial generation and has been outspoken and unabashed in her conservative beliefs, criticism of the Obama administration and support of Israel. Amid the past month’s rising violence in the region, Jameson, 41, has taken to voice her staunch backing of Israel and the Israeli people.

Imagine if you had to fear your children being stabbed https://t.co/DLllshbIFb 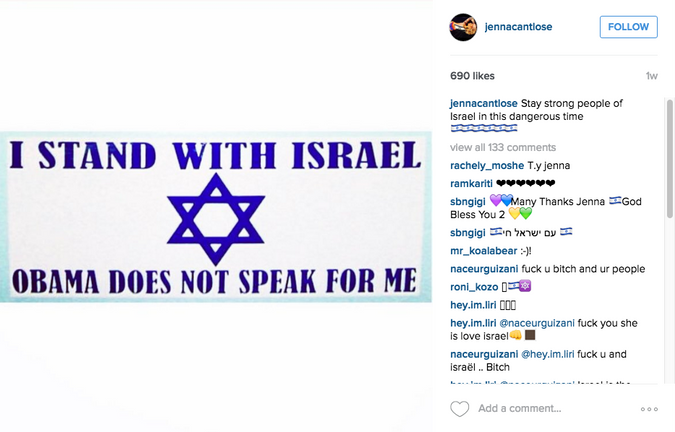 I am a very outspoken supporter of Israel… I have family there and it’s constant worry. https://t.co/neSqwAFB6A

Stand strong and defend yourself by all means https://t.co/Ixs6FBXyWq

Undeterred by critics, Jameson’s flurry of Tweets have been so steadfast that Ynetnews described her as “at the forefront of hasbara.”

When will our government stop this outrage? https://t.co/cSUe14aCIM

Stand up for what you believe in! I never feel silenced by naysayers https://t.co/JKqP688Roo

Jameson, who has shared her journey of conversion with her fans, is engaged to 41-year-old Lior Bitton, a Herzliya native who works in the diamond business in Los Angeles. Jameson is learning Hebrew, keeps kosher and regularly shares snaps of her traditionally Jewish and Israeli concoctions. Jameson even has plans to start a YouTube channel to showcase her kosher recipes. 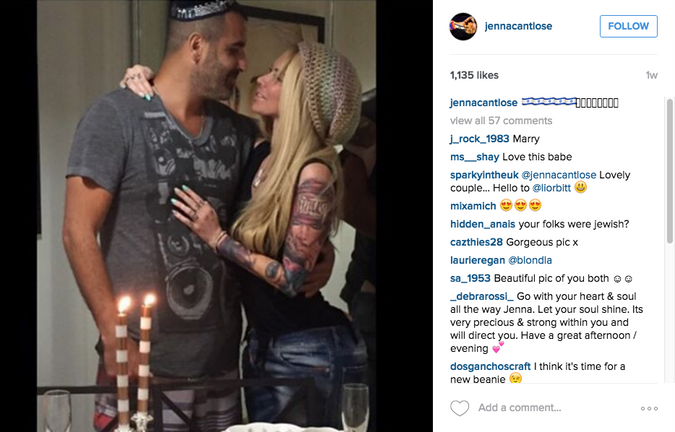 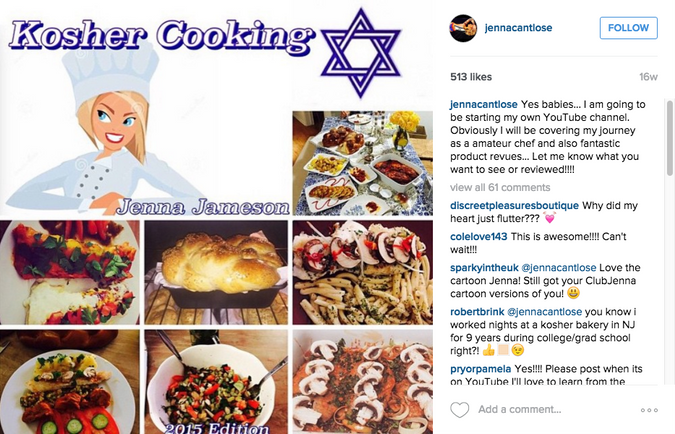