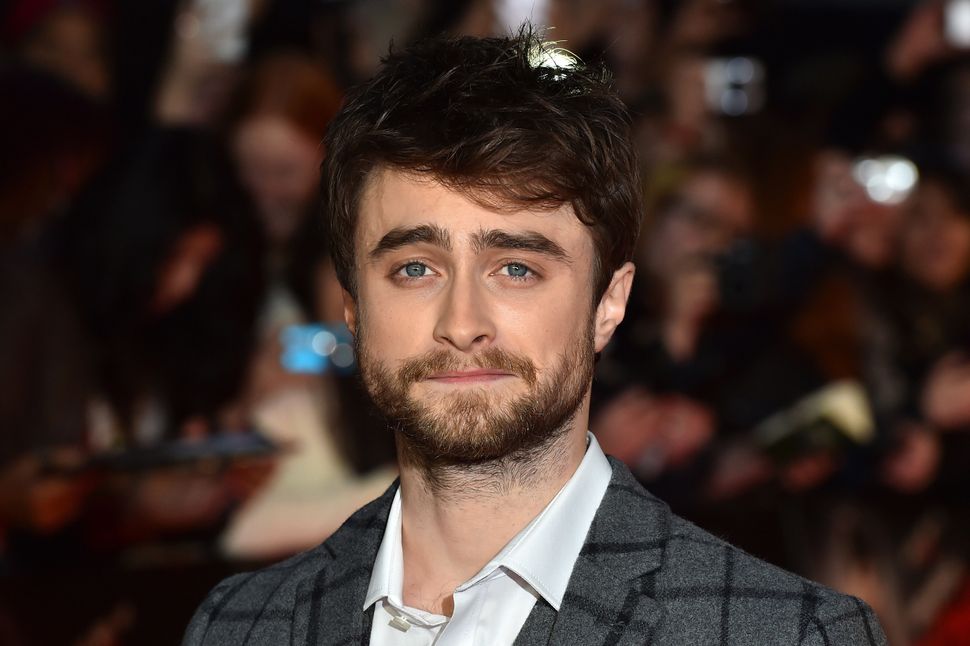 Jewish Harry Potter star, Daniel Radcliffe, answered some very intimate questions in an and guess what was the last Jewish thing the star did — he visited his grandmother!

“Does that count? My mum’s Jewish; my dad is Protestant. We were terrible Jews. I grew up with Christmas trees. We eat bacon. My grandmother is kosher, but she’s polite before she’s kosher. If she goes to someone else’s house and they cook bacon, she’ll be like, ‘I don’t want to make a fuss.’ Maybe she’s not polite — maybe she secretly really wants bacon.”

Bacon aside, the star also opened up about his struggle with alcohol and his excessive drinking between the ages of 18 and 20. The reasons behind it, as Radcliffe explained, were mainly due to social anxiety caused by his fame: “Anytime I’d go out to dance, camera phones would come out,” he said. “That would make me very self-conscious, and what’s the easiest way to escape being self-conscious? Alcohol is a quick way of doing that.”

With his upcoming movie, “Victor Frankenstein,” it looks like Bubbe will have more than bacon and alcohol to worry about. Radcliffe, 26, plays the brilliant hunchback Igor and now has the back pain to prove it: “Doing what I did on Frankenstein for three weeks was a f—ker. There’s a crick in my neck now that was not there before.”

Don’t worry, Danny boy, Bubbe will make it all better.

Here’s a trailer so you can see what all that pain was for: