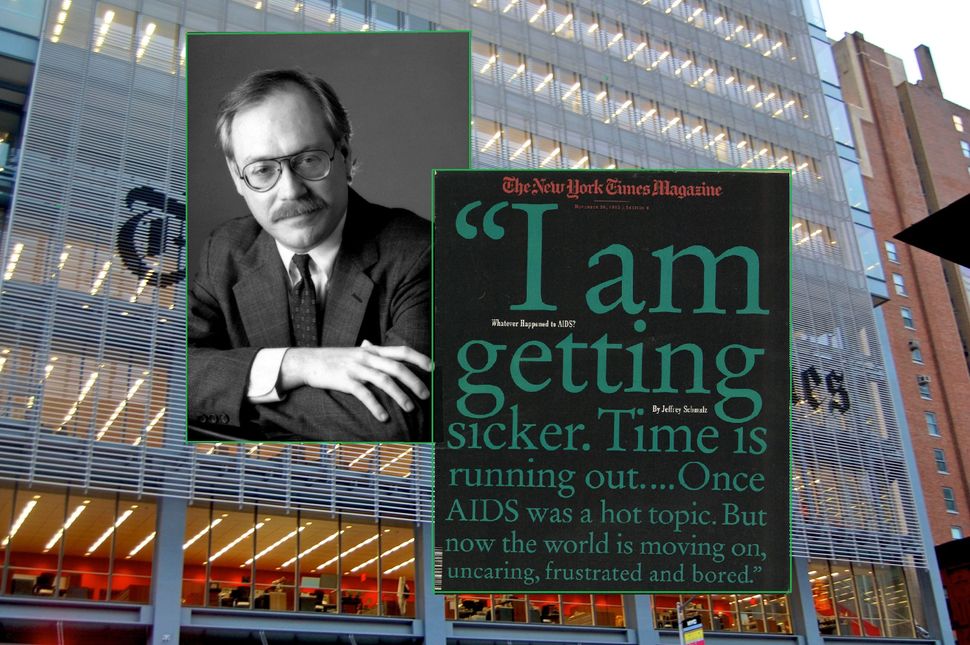 When it came to increasing public awareness of the AIDS crisis in America when it needed it most, few journalists did as much as The New York Times’ Jeffrey Schmalz in such a short period of time.

From his return to the newsroom a year after he suffered a brain seizure in December 1990, to his death in November 1993 at the age of 39, Schmalz spent his final days putting a face — including his own — on the disease and exposing the chronic federal underfunding of HIV medical research.

“Within the Times — a newspaper that was late to the AIDS story and had a sad history of newsroom homophobia — he created a much greater sensitivity about the lives of gay people,” Freedman told The Forward.

Freedman and fellow Columbia journalism professor Kerry Donahue are the forces behind a book and radio documentary about Schmalz, called “Dying Words: The AIDS Reporting of Jeff Schmalz and How It Transformed The New York Times.” The will be released on December 1, 2015, to coincide with World AIDS Day.

The Times scribe said he feared Schmalz’s “Dying Words” would be forgotten.

“One of the mandates of Judaism is to remember, to bear witness,” said Freedman, who is Jewish. “The whole reason I undertook this project was because I found it unbearable that Jeff’s legacy might be lost, that his groundbreaking work might be forgotten.” 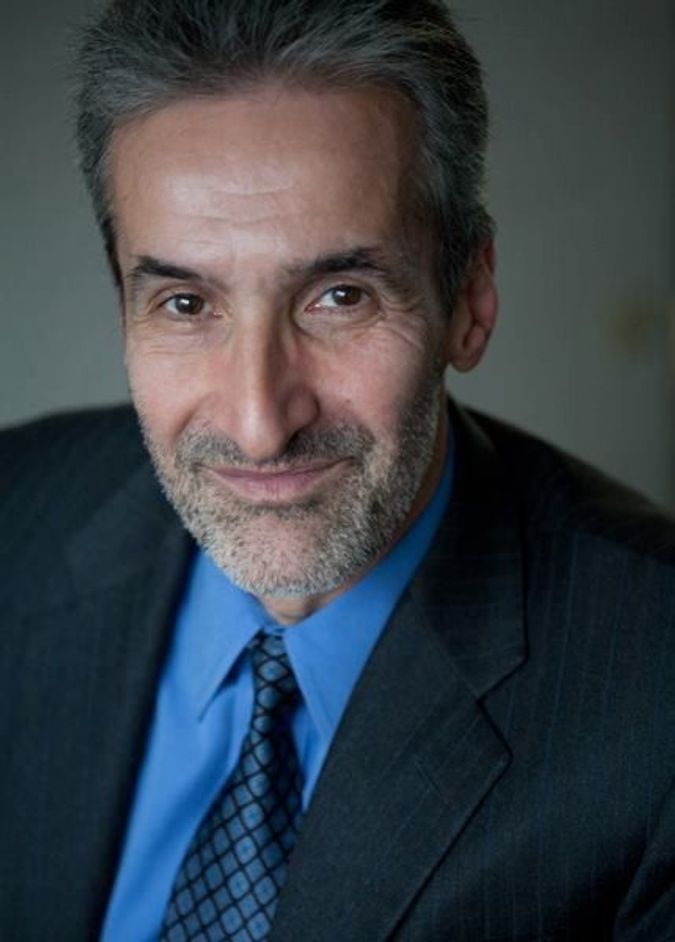 Image by Courtesy of Sam Freedman

He and Donahue raised $26,000 for the project on Kickstarter and were heartened by the response.

“The response on Kickstarter was a tremendous confirmation of the importance of Dying Words. Doing this documentary and book was a mission for me, a passion project, and it was so moving to have people go into their own pockets to support it,” Freedman said.

Those seeds of change were partly the result of the “tremendous respect Jeff commanded in the newsroom and partly because of the ground he broke in his AIDS articles,” said Freedman.

“Outside the Times, the deep empathy in Jeff’s articles put a human face on AIDS,” Freedman told The Forward. “He portrayed a wide area of people with AIDS — gay, straight, black, white, artists, politicians, athletes — and that helped the American public realize that AIDS was a national calamity in need of a national response.”

Among his big interviews: famed AIDS activist Larry Kramer, basketball great Magic Johnson, and two women with HIV, Mary Fisher, who spoke at the Republican convention in 1992 and the late Elizabeth Glaser, who spoke the same year before the Democrats.

Those interviews and other examples of Schmalz coverage are all part of Dying Words.

Schmalz’s own dying words, on the cover of the New York Times Magazine shortly after his death, are among the most dramatic. Schmalz died two years before the first so-called AIDS cocktail meds were first prescribed. Today, AIDS is no longer the death sentence it once was. “Whatever happened to AIDS?” was published Nov. 28, 1993. Schmalz died Nov. 6.

“I have come to the realization that I will almost certainly die of AIDS,” Schmalz wrote.

“I have lived longer than the median survival time by 10 months. The treatments simply are not there. They are not even in the pipeline. A miracle is possible, of course. And for a long time, I thought one would happen. But let’s face it, a miracle isn’t going to happen.”

“Dying Words” is available for pre-order now on the CUNY Journalism Press website. The radio documentary will on radio shows nationwide in November. ‘Dying Words’ is on Twitter @DyingWordsProj ; and on Facebook.