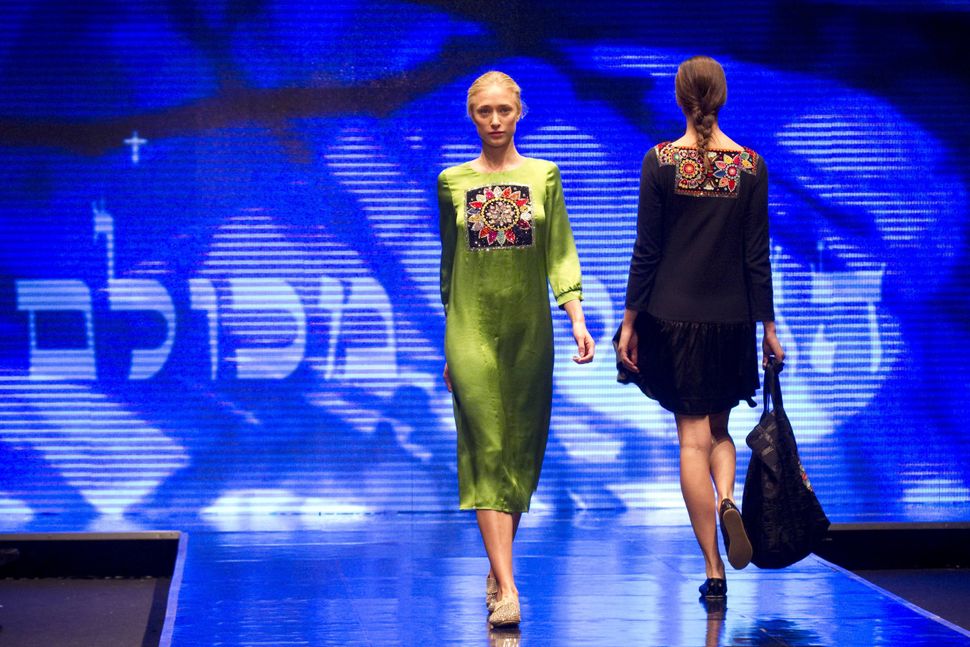 The Tovale runway in Tel Aviv, 2011. Image by Getty Images

Last week, audiences at Tel Aviv’s Fashion Week were surprised when Tovale+, a label run by mother and daughter team Tovale and Namma Chasin, “Maaminim.” Ben David, an American Hasidic Jewish singer popular in the Orthodox community, was an unlikely choice for the high-fashion event.

The festive tune was a change of pace for the show, which otherwise featured quiet classical and electronic music. The show’s models, previously straight-faced, danced, laughed, and held hands as they collectively walked the runway to Ben David’s beats.

Hebrew and Yiddish music doesn’t tend to make much of an impact on the fashion show circuit – many of us would agree that, all things told, it’s not publically viewed as especially hip – but the Tovale+ show was the second time this season that placed an explicitly religious Jewish song in a prominent position. As part of New York Fashion Week, Givenchy’s show – which, taking place on September 11th, adopted a somber mood – opened to a female vocalist singing “Shalom Aleichem.”

What to make of this trend? This paper has recently considered whether and how Judaism needs to adapt to a boredom-averse contemporary era; perhaps high fashion will be an unlikely solution.