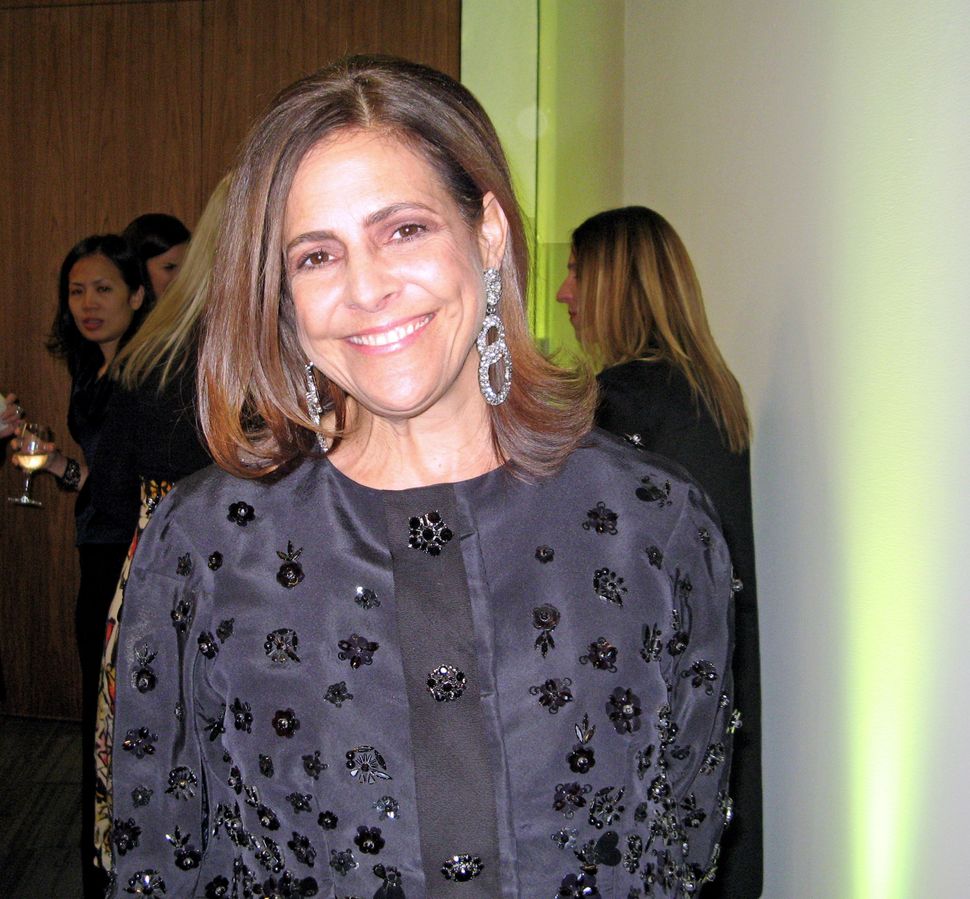 “Our job is to make women look great, feel great and approach their personal, social and professional lives with a high degree of confidence” said Alex Bolen, CEO Oscar de la Renta, and sponsor of the Savvy Ladies /Financial Empowerment’s Benefit Gala which honored — among others — Alexandra Lebenthal, President and CEO, Lebenthal Holdings. Held at NASDAQ Marketside, Bolen got resounding applause when he informed: “The finance team at Oscar de la Renta is staffed entirely by women — not the rule, but it’s just working great.”

Emceed by CNBC senior personal finance correspondent and “Best Personal Finance Experts of 2014” Sharon Epperson, the gala showcased several women whose despair-to-success sagas were a tribute to the pro bono intervention of Savvy Ladies members. “Savvy Lady of the Year” Laura Lifshitz credited the organization with “empowering” herself “through financial education.” “When I was growing up, I wanted to be Pee Wee Herman, Joan Rivers, Madonna and a famous writer. I wasn’t dreaming of being a married woman or a mom like some of my friends. So when I found myself married, a little daughter and financially dependent on a man [who] paid for everything — it was not a scenario I imagined…” After bad divorce advice, a Savvy Lady she met on NJ Transit took her under her wing… “Savvy Ladies gave me tools…I have a plan… I have choices.”

“I grew up on Wall Street in the ‘70’s-‘80’s and the name Lebenthal was a big motivator for me” said Joseph “Joe” Plumeri, vice chairman of First Data Board of Directors, award presenter to Alexandra Lebenthal. “As much as women had problems on Wall Street, little Italian kids didn’t do much better. When I saw Alex’s father on TV it motivated me. Here’s somebody who not only knows how to pitch the market and make municipal bonds cool… In a TV commercial, your dad took a municipal bond, cut it into the shape of a cow and said ‘cash cow!’”

Recipient of the Sayra Fischer Lebenthal Award [granddaughter] Alexandra spoke lovingly of her 4’ 11” “fire and brimstone” grandmother who at 27 co-founded the business with her husband Louis Lebenthal which she took over when he died in 1951 becoming the first woman to ever head up a brokerage firm on Wall Street specializing in tax-exempt municipal bonds for small investors. “She and her husband were 50-50 partners,” said Alexandra. “It didn’t matter who you were—man, woman, beast—everything ended with ‘dear’. She created a department that focused solely on women investors… that women should understand investments and money… Of all the things I learned about my grandmother that I value most is her no nonsense way of dealing with everything — it was all black white. Taking care of clients.”

Alexandra pointed to a film clip of her grandmother’s black desk with the Statue of Liberty behind her. “She would say, ‘I love you very much and now I’m going to put you to work. She would pay me and my sister 25 cents to put reinforcements in her clients books.” In another clip her grandmother — who lived to 93 — tells a client: “If I don’t know what I am talking about, I don’t talk about it.”

Alexandra joined Lebenthal in 1988, became President and CEO in 1995 at the age of 31 and remained with the firm for four years after its sale. Named one of New York’s 100 most influential women by Crain’s New York Business, one of the top 50 Women in Wealth Management by Wealth Manager Magazine and the Crain’s Fastest 50 Growing Businesses in New York, she is board member of The Committee of 200, a leading organization for female businesswomen.

“I wish my dad were here. He died last November,” lamented Alexandra of her biggest fan.