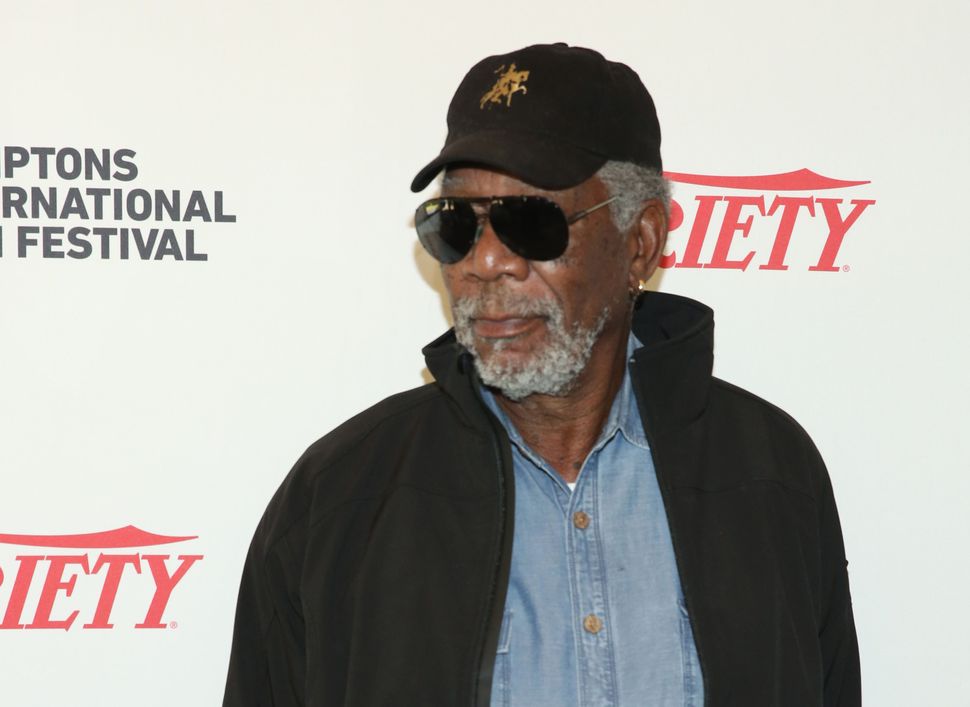 He may have depicted God in Hollywood films, but Morgan Freeman came to Jerusalem with questions about religion still unsettled.

“I’m primarily interested in why, what is the why of it,” the Academy Award-winning actor told Reuters on Wednesday during a break in shooting “The Story of God,” a National Geographic and Highlight Films documentary exploring faith and theology.

“I haven’t found any answers yet. We’re still in production,” he said at the 4th-century Church of the Holy Sepulchre, a traditional site of Jesus’s tomb where many pilgrims seemed as impassioned by the star’s surprise presence.

Freeman, who played God in “Bruce Almighty” and “Evan Almighty” and is also famed for his plangent film narrations, is both star and executive producer of the documentary, slated for release in April. Locations include Israel, the Palestinian territories, Egypt, Guatemala, Turkey and India.

The 78-year-old narrowly missed flash floods at the West Bank’s biblical Qumran caves. In the cobbled alleyways of Jerusalem’s walled Old City, his panama hat, sunglasses and brace of bodyguards did little to keep away selfie-snapping locals and tourists.

The excitement offered some reprieve from religious strife surging in the city this month amid Palestinian unrest over stepped-up Israeli visits to the al-Aqsa mosque compound, a site also revered by Jews as a vestige of their ancient temples.

Freeman declined to comment on the conflict – a departure, perhaps, from a video he made with other Hollywood figures supporting the July nuclear deal between Iran and world powers, and which Israel has condemned as insufficiently stringent.

“I don’t have a message for anybody. No, we’re just here doing a documentary,” he said.