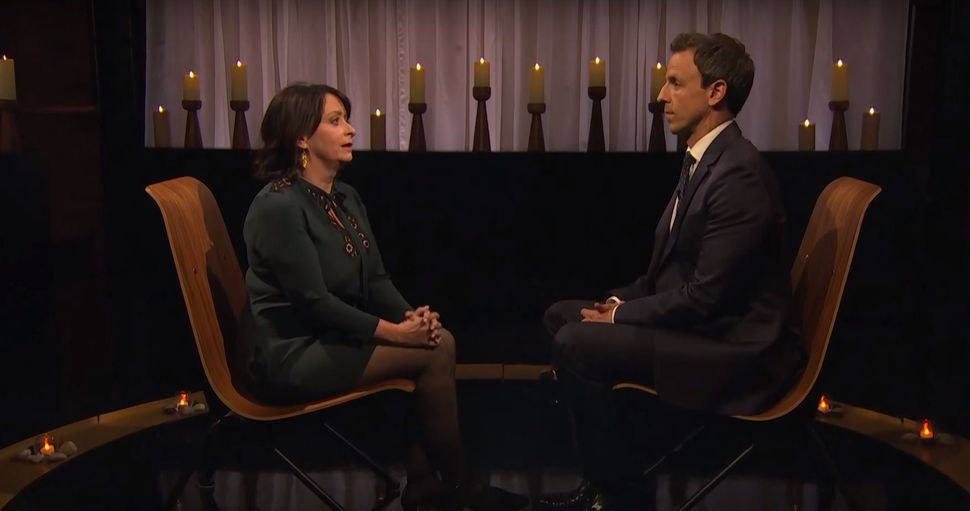 SNL alums Rachel Dratch and Seth Meyers did a hilarious bit the other night, facing down each other’s faux list of grievances in what was supposed to be an evening of atonement.

It got harder and harder, especially for Meyers, to forgive as Dratch’s escalating list of transgressions — from getting him a full body cavity search by airport security to stealing his identity to use his money for a deal with a Mexican drug cartel — were revealed.

“We ran into a little problem,” she deadpans. The drug runners, she said, “kidnapped your parents who are on the phone right now.”

“You got my parents kidnapped,” he asks, as they are heard pleading for help.

“Do you forgive me?” Dratch asks, as if that is possibly forgivable.

The Jewish funny lady’s appearance on “Late Night with Seth Meyers” (he is not Jewish but his paternal grandfather was) is the latest instance of the round robin mutual support society SNL alums have fashioned, often appearing on both Meyers’ and Jimmy Fallon’s shows and supporting each other’s various projects.

Her new digs in a building off Rutherford Place on East 15th Street consists of what was once two units in the 13-story building that is called The Rutherford. 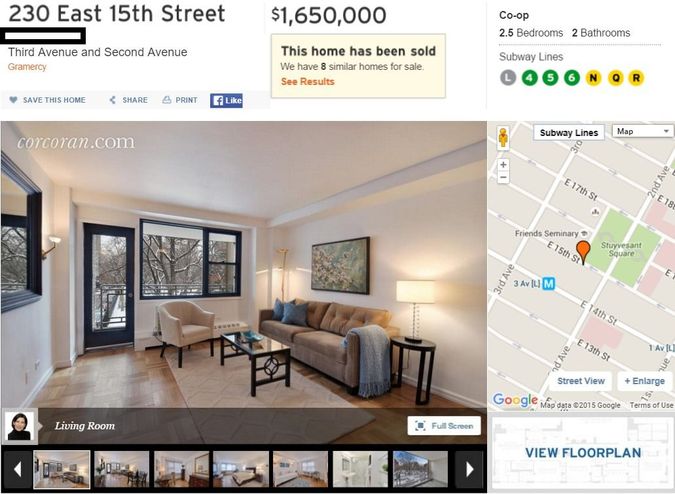 This is the description of the co-op in its listing on the Corcoran website: “Watch Spring blossom from your own terrace overlooking historic Stuyvesant Park. This perfectly combined home (1 bed + studio), in The Rutherford, features 2 huge bedrooms, separate windowed office and 2 full bathrooms. The open kitchen features white quartz countertops. The spacious master can easily accommodate a king sized bed and features a large walk in closet.”

It goes on: “A newly renovated bathroom shows off a carrera marble floor and Toto fixtures. 24 hour Laundry available and resident roof deck. Walk to every single thing Union Sq has to offer including Trader Joes, Whole Foods and all transportation. The full service doorman building also offers garage parking, and an on-site super.”

The park has a statue of the peg leg Peter Stuyvesant, the final director-general of what used to be New Amsterdam until the British took the Dutch settlement over in 1664 and renamed it New York. and a picturesque red Quakers.

The one-time Debbie Downer may be in for a bit of unexpected noise soon, however. The co-op also overlooks a picturesque red Quaker meeting house that is part of the exclusive K-12 private Friends Seminary school. The school is readying to expand its campus, most of which is on East 16th and Rutherford, adding several floors to its main classroom buildings. 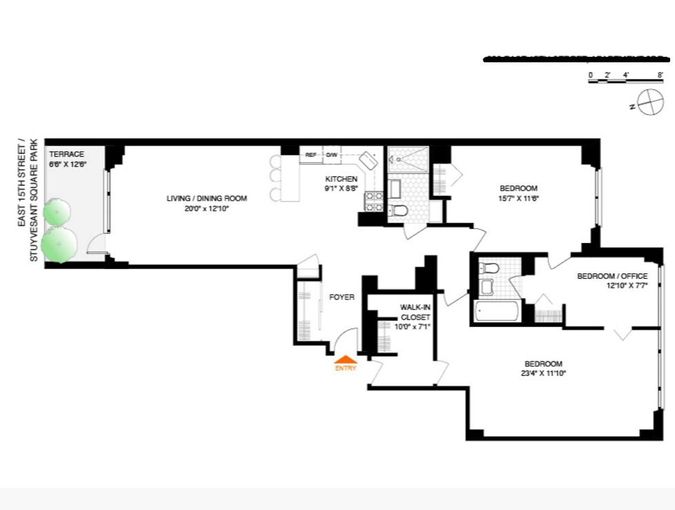