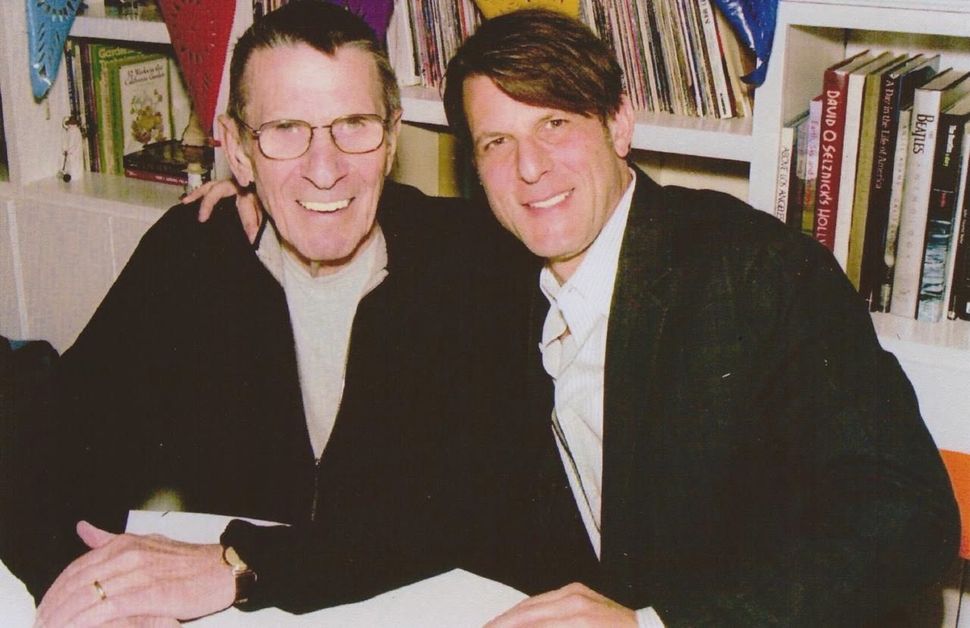 Leonard Nimoy with his son, Adam Nimoy. Image by Courtesy of Adam Nimoy

“The Bang Bang Theory” will continue to honor the legendary television star Leonard Nimoy in an upcoming episode with a guest appearance from the actor’s son, Adam.

The younger Nimoy will play himself and be paying a visit to Jim Parson’s “Star Trek”-obsessed Sheldon in an episode titled “The Spock’s Resonance.” In the episode, his plan is to get Sheldon to appear in a documentary about his famous father — a project the filmmaker is actually making.

Fellow “Star Trek” alum Wil Wheaton will also appear in the episode, continuing his recurring role as a fictionalized version of himself.

Although he never actually appeared on the CBS show himself, Leonard Nimoy was often mentioned on the series. When he passed away earlier this year, “The Big Bang Theory” paid homage to the “Star Trek” star with a portrait and brief message following an episode.

“The Spock’s Resonance” episode of “The Big Bang Theory” airs at 8 p.m. Nov. 5 on CBS.—Variety