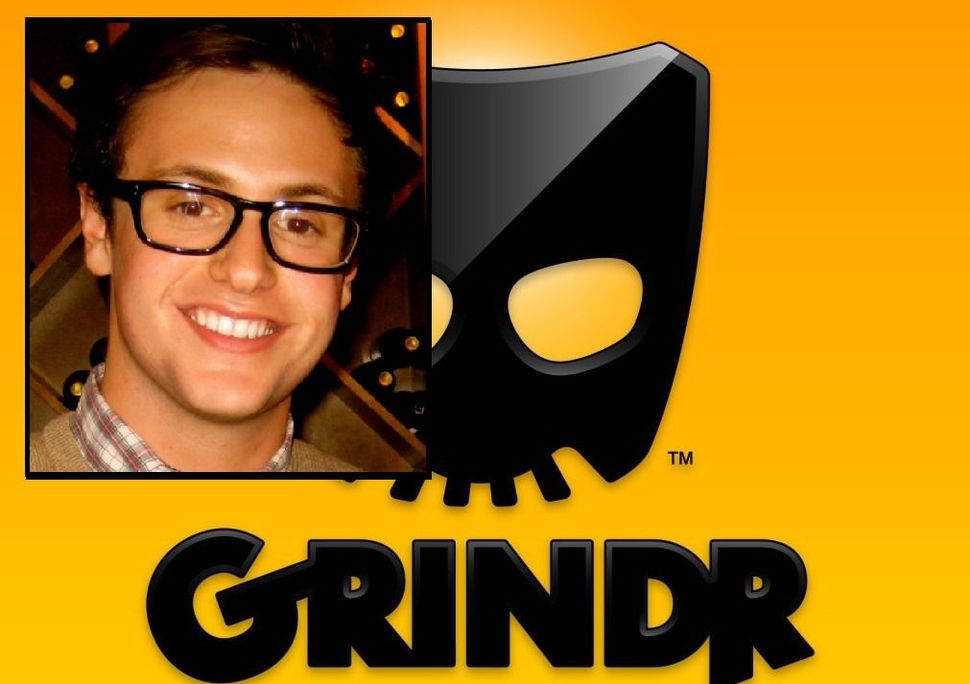 ‘Grindr Rabbi’ Matt Green (inset) won a fellowship to use a gay pickup app to reach out to young Jews. Image by Twitter

If there’s a line in The Talmud about using the geolocation technology on an iPhone app to expand the reach of Judaism, we’ve not seen it.

But that is exactly what an aspiring rabbi is doing — and he’s even won an award for it.

This past Friday was the latest one, reports the blog, . 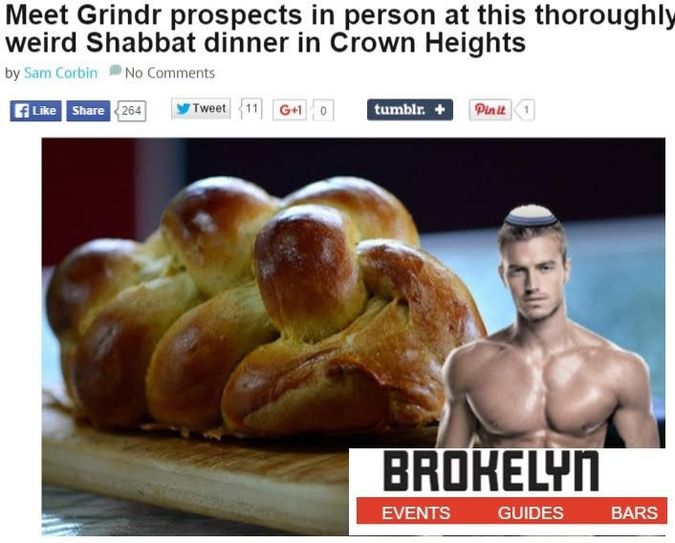 An eye-popping image about the Grindr Shabbat gatherings was included in a recent story on Brooklyn editor Faye Penn’s Brokelyn blog. Image by Screenshot

“We gotta admit, while it may be weird, it’s kind of a foolproof system: fill a room with like-minded religious millennials looking for sex. All you gotta do is take off your shirt and find your bashert,” snarked writer Sam Corbin.

Green won a Be Wise Fellowship in Jewish Entrepreneurialism grant to support his outreach efforts from the Jewish Institute of Religion.

“There are a ton of Jews of all stripes, especially people who have nothing to do with organized religion,” he told The Daily Beast news site earlier this year “Why not try getting to them on Grindr?”

He said that “when I mentioned I was in rabbinical school [in his Grindr profile], everyone kept asking about Kashrut [Jewish dietary laws], and Judaism!”

“It occurred to me that what happened on Grindr was speaking to a Jewish communal need. People wanted to talk about being Jewish and Jewish things,” he said.

“Grindr is an untapped place for outreach potential,” Green explains, “There are a ton of Jews of all stripes, especially people who have nothing to do with organized religion. Why not try getting to them on Grindr?”

“Shabbat has largely consisted of long, hilarious, and Jewishly rich dinners,” he explains. “So many people don’t have Judaism in their lives, so I said look, come over, and we’ll talk about Woody Allen and eat kugel.”