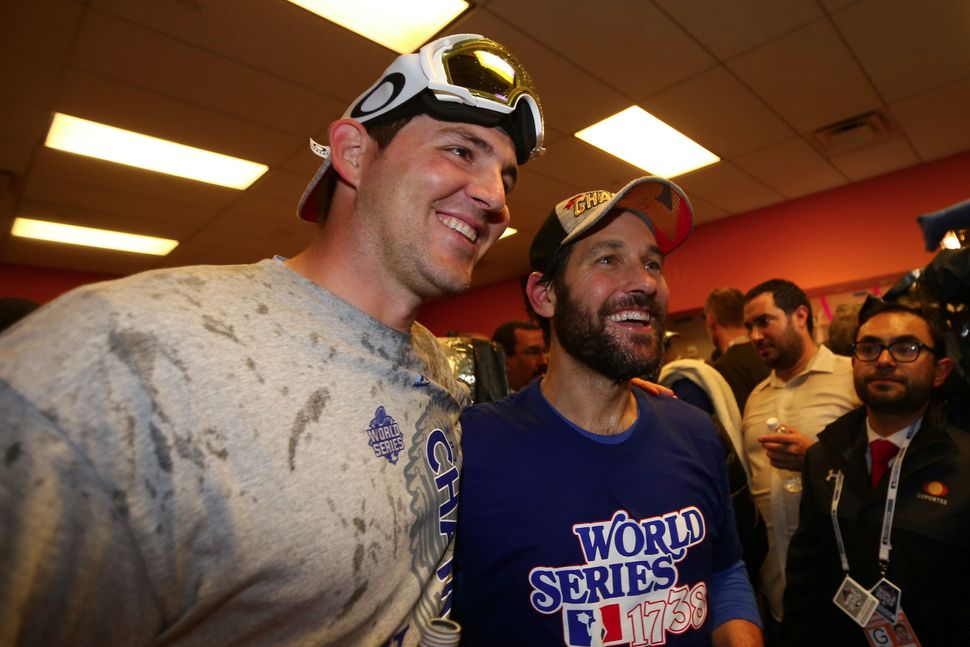 Actually, just kidding, I’m not sorry. Because I, an Israeli who grew up not watching any baseball at all, am a Royals fan. Yes, that’s what happens when you marry into a Jewish Kansas City family.

My Kansas City family was elated last night. As a relative wrote on Facebook: “my kids are great but I’ve never seen anything so beautiful in my entire life.”

Yes, die-hard Royals fans finally got their moment in the sun.

But no Jewish Royals fan had a better time last night than this guy. Yes, Paul Rudd.

The Kansas City Royals’ most famous Jewish fan was right there, basking in the glory of this incredible win with the entire team. He even got his own personal beer shower from Mike Mostakas (MOOOOSE!):

Which then led to Paul showering this young reporter with champagne:

Paul Rudd and I got together to share a drink last night. Thank you, Kansas City Royals, for one hell of a season!

Basically, Paul Rudd had the best night ever. (Better even, than that time he .)

Rudd’s family moved to Kansas city when he was 10 years old, and the Kansas University graduate has been a die-hard fan ever since, as this video from last year’s World Series proves:

Now, all we want to know is, when is the party at his mom’s house, and where are our invitations?