A Rabbi and a Futurist Trade Words of Wisdom 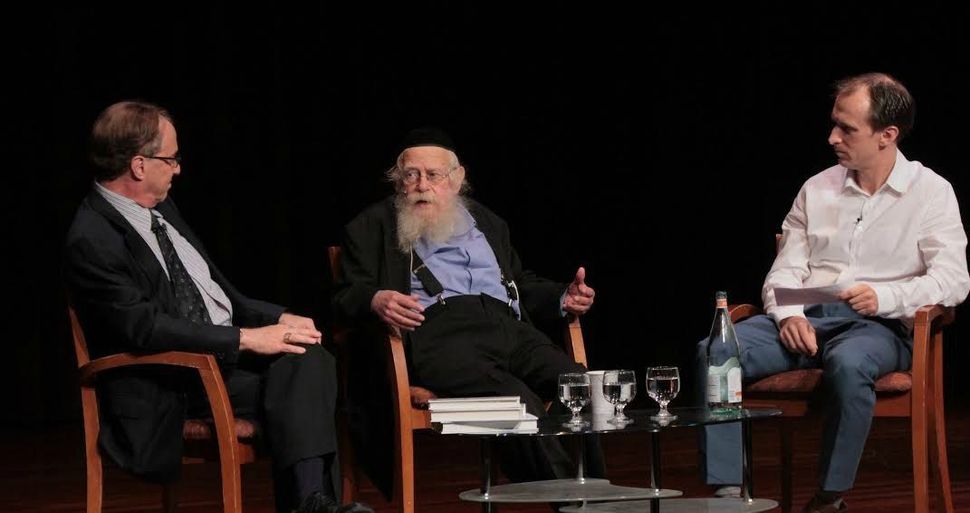 The futurist and the rabbi met on the stage at the Holocaust museum. They talked about evil and progress — and then everyone went upstairs for cocktails.

“Our tools are better and better,” said the rabbi. “Our brains are not better.”

“The amount of violence in the world is at its lowest level ever,” said the futurist. “Life has already expanded.”

“There are depths of human viciousness and human evil,” said the rabbi. “We have a little hell within us.”

“That won’t be helped by more information,” the rabbi said.

“It’s not just information,” the futurist said. “As communication has improved, so has democracy.”

The futurist quoted Churchill on Democracy.

“The most beautiful time in the history of Rome was the time of the…emperors,” the rabbi said.

And then, just as the rabbi seemed on the brink of a broad argument against democratic rule, the moderator cut everyone off and asked them to predict the future. The rabbi said that most people are like chemical elements, but Jews are like radioactive elements. “We are the moving power,” he said.

The futurist, who grew up a Unitarian Universalist, did not respond directly.

The setting was a November 2 fundraiser for Steinsaltz’s Aleph Society at the Museum of Jewish Heritage in Manhattan. Afterwards, the audience retired for drinks and a chicken dinner and a humongous dessert spread.

A Rabbi and a Futurist Trade Words of Wisdom