‘The Rothschilds and Sons’ On Stage — And Those I’ve Met 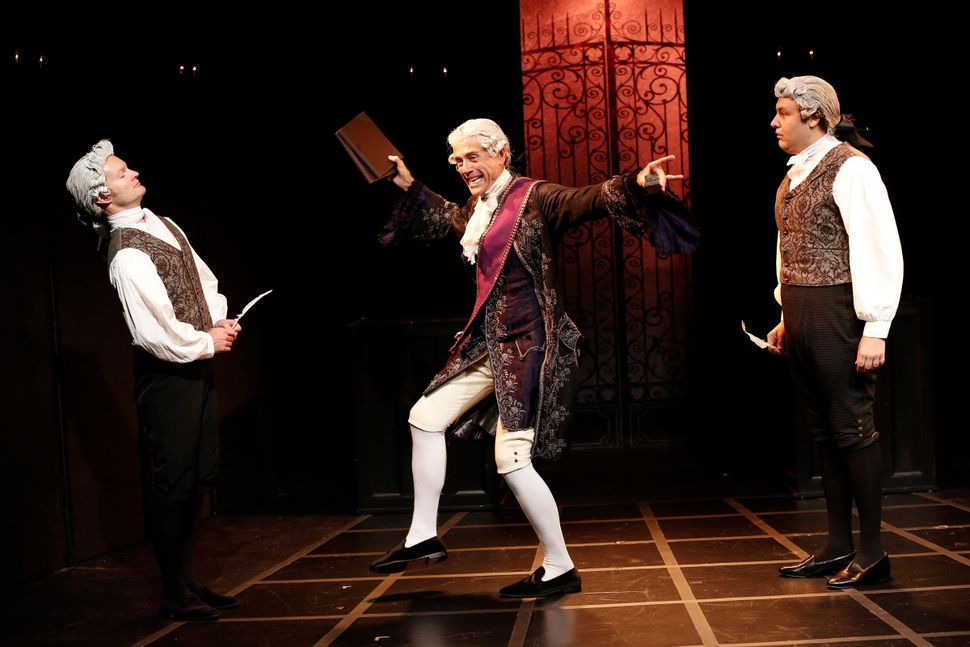 Image by The Rothschilds & Sons production

Presented by the York Theatre Company at St. Peter’s (not Rome but at 54th & Lexington and extended to November 8) is based on Frederick Morton’s 1962 tome. It was my third “tasting” of the musical which follows the trajectory of (the “red shield”) banking family led by Amshel Rothschild and his five sons — 1770’s Frankfurt ghetto dealers in groschen (pennies) and ancient coins to unimaginable wealth as power bankers to Europe’s changers of the continent.

Robert Cuccioli as the paterfamilias Amshel is outstanding amidst a cast that — albeit energetic — is wanting. Mark Pinter is delightful in his portrayal of financial borrowers Prince William and Prince Metternich, European power brokers who, in real time, were anything but amusing. Gutele (Glory Crampton), Amshel’s wife’s and five sons’ wardrobe changes keep pace with the zigzagging map of Europe and what one is left with is that Amshel Rothschild — though concerned with freedom for their fellow Jews — was obsessed with making money. 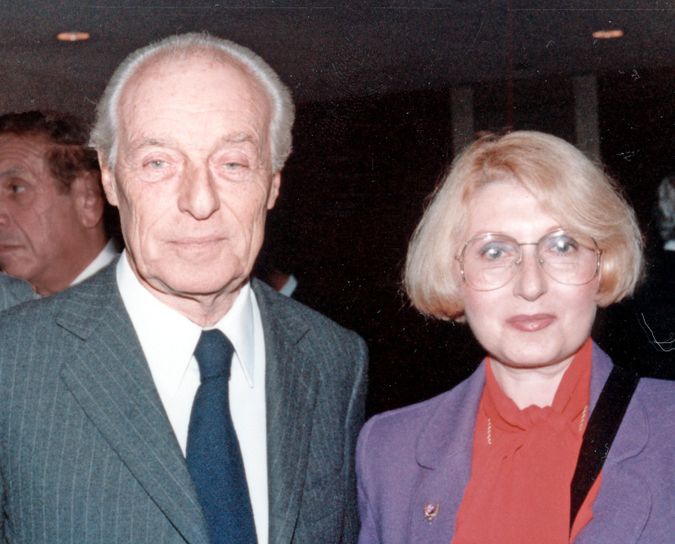 Produced in association with Arnold Mittelman and the National Jewish Theater Foundation, it would have been informative had there been a post-script paragraph in the program attesting to the Rothschilds’ post Frankfurt across-the-centuries’ philanthropic role in the Jewish community. Since their breakout from the Frankfurt ghetto, the Rothschilds have become major benefactors on an unimaginable scale.

Of the half dozen Rothschilds I’ve met, the first was in 1983 when I was invited to a reception for Baroness Bathsheva de Rothschild, founder of the Bat-Dor Dance Company of Israel, which then had its American debut at the Joyce Theater. A patron and friend of Martha Graham, the two shared a settee with Graham saying nary a word—as the baroness expounded on the glorious progress of her Israel-based dance company.

In 1984, at a Holocaust memorial event honoring the U.S. military during WW II, Batsheva’s brother Baron Guy de Rothschild — who served with the Free French Forces, won the Croix de Guerre with Palm and had then been chairman of France’s equivalent of UJA [Le Fond Social Juif Unifie] for 32 years, recalled a speech he gave age at 17 about his ancestor Mayer Amschel Rothschild… He detailed how the Rothschild family maintained its identity and commitment to Judaism and to Israel “for eight generations.” He spoke of Kristalnacht…of his son David then with Le Fond. He urged support for Israel, and to be an example of the Jews who died “standing up… That “survivors have the right to inspire the young.” During our chat I promised to send him an English translation of Sholem Aleichem’s famously quoted comedic monologue: “If I Were Rothschild.“ (He had never heard of it.)

In December 2012 his son, Baron David De Rothschild — a sixth generation descendant of Mayer Amschel — was honored by YIVO Institute for Jewish Research. Born in New York in 1942, he said, “Being born here means a lot to me [because] 1942 was the year of massive deportations of Jews of France and I always say, if I hadn’t been born here, I would not be here.”

French philosopher and author Bernard-Henri Levy — a friend of the baron — delivered a 24-minute exposition on the historic role of the Rothschilds in France. He said: “What is remarkable about the Rothschilds [is that] they were proud of their Jewishness. Their alliances [with non-Jews] were never made at the expense of Judaism.”

The night I attended, a beaming Harnick was hugged, kissed and applauded by fans including Elisa Stein whose late husband Joseph Stein wrote the book for — among others — “Zorba,” “Rags,” and “Fiddler on the Roof.”

‘The Rothschilds and Sons’ On Stage — And Those I’ve Met