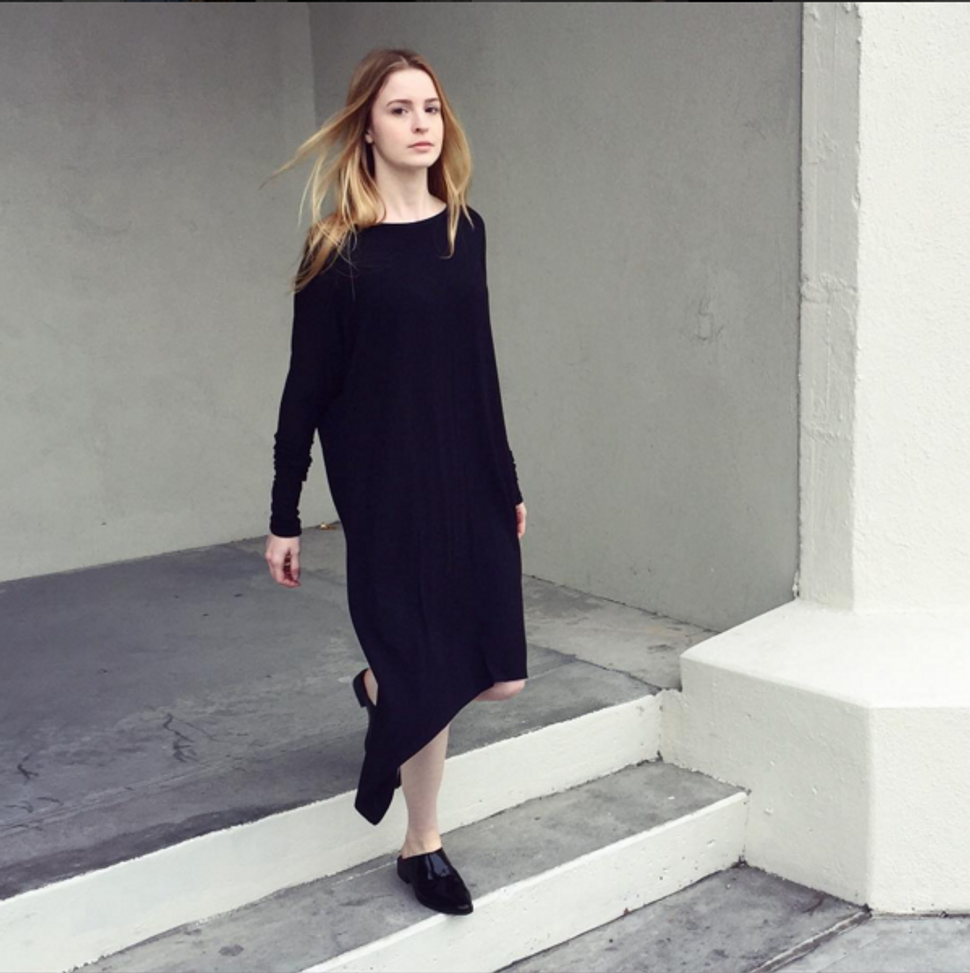 The traditional sexy slip dress for Orthodox women is getting a modern, yet still modest, upgrade that’s bringing it out to the streets, and to the top design house runways.

Vogue that Rag & Bone have given the slip dress the modest treatment, “by layering it on top of long-sleeve shirts and slim-fitting cigarette pants, complete with a polished leather topper.”

“Don’t be afraid to layer!” says The Frock’s Simi Polonsky, an Australian Orthodox Jew. “Wear a crisp white shirt or a striped or sheer turtleneck underneath.”

Polansky has some other advice for adding a touch of tomboy sass: “You can totally rock it with high-top kicks and a hoodie,” she and The Frock’s other designer, Chaya Chanin, tell Vogue. “And if you are really into ‘man repelling,’ add a cute sports bra on top.”

Yes the words Orthodox fashion and sports bra have appeared in the same article.

Finally, designers are keeping the slip dress out there for evening events.

Adi Heyman of Fabologie tells Vogue: “The timely revival of the fur stole and slip dress is quite serendipitous—take full advantage. I myself have been eyeing a vintage 1920s flapper cape that would be perfect over the covered-up slip dress.”

The Vogue piece is packed with tons of other tips.