How to Wear Hanukkah Swag Without Offending Anyone ♫ On the first day of Hanukkah my true love gave to me, a dreidel with a stripper on top.♫

Not even two weeks after the offensive , we have entered the Hanukkah season minefield.

As if Jewish women don’t deal with enough stereotypes, a novelty item just sprinkled some salt on the wound. According to Kveller Nordstrom was forced to take down a Hanukkah sweater with the words “Chai Maintenance” and “Hanukkah J.A.P.” embroidered next to a Star of David and a menorah from their website.

Unsurprisingly, the male version of the novelty top just featured a cute “Oy Vey,” adding the kitsch without any of the negative spoiled/rich/brat connotation. All this had us thinking — what other crazy Hanukkah swag is out there in the world of online retailers?

Here’s what we found:

As soon as Seth Rogen’s “The Night Before” hits theaters, this star-knit-wonder will be at every Ugly Holiday party come December. 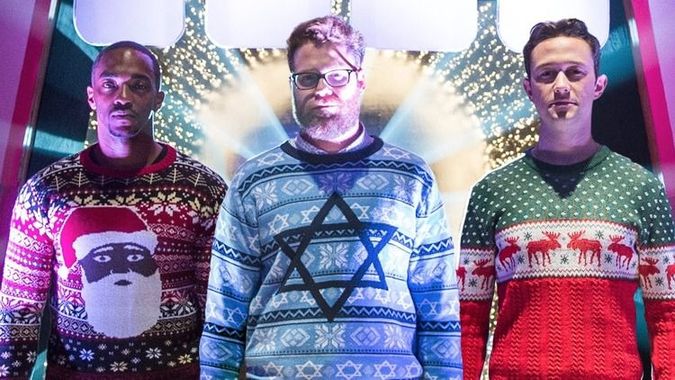 Image by Night Before

You can have a little “Annie Hall” Woody Allen action going on for eight crazy nights. 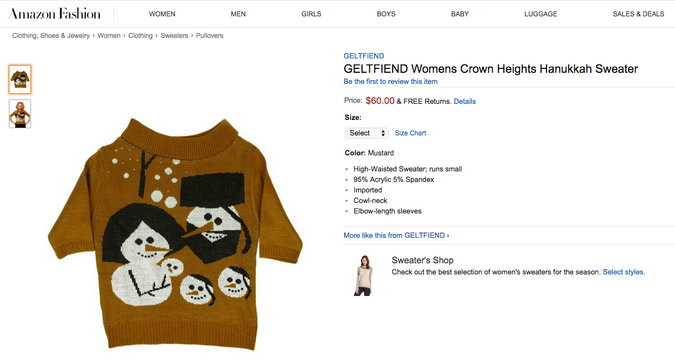 See, you can look like a schmuck without being a schmuck! 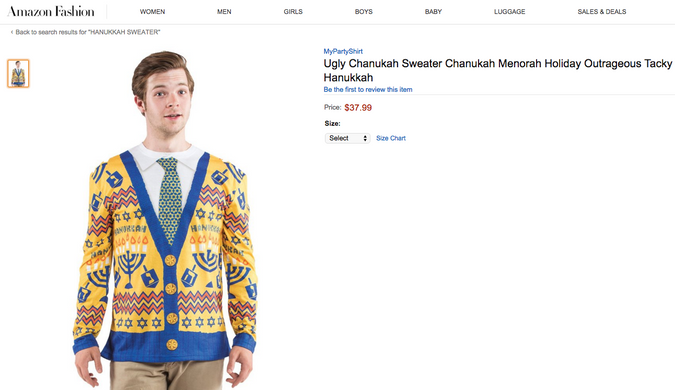 We’re not going to lie, this is really cute. 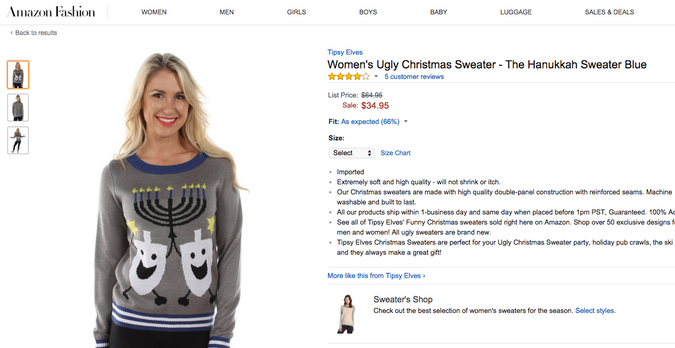 Whoever designed this sweater: the Jerk Store called, they’re running out of you! 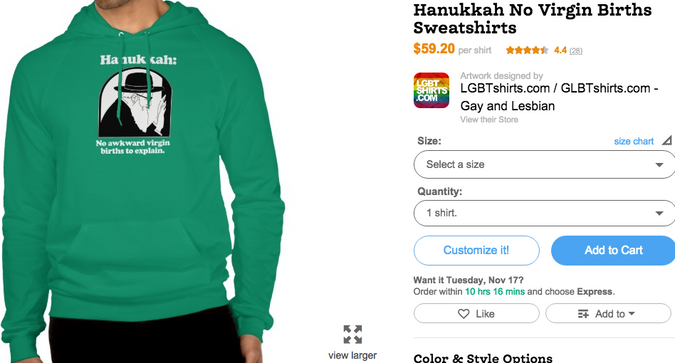 Can we all agree right now to never, ever, ever buy this? 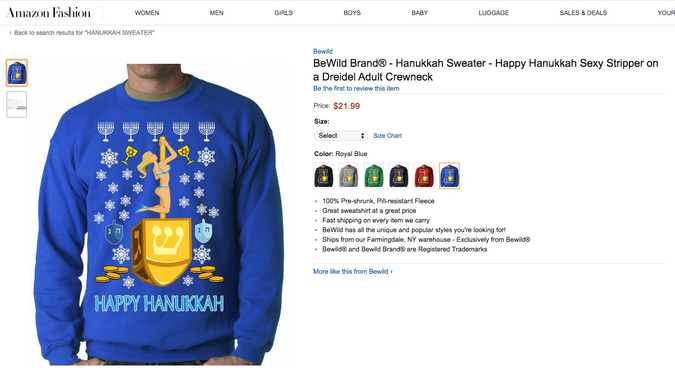 The only thing offensive about this is the searing pain it causes our eyes. Otherwise, go for it! 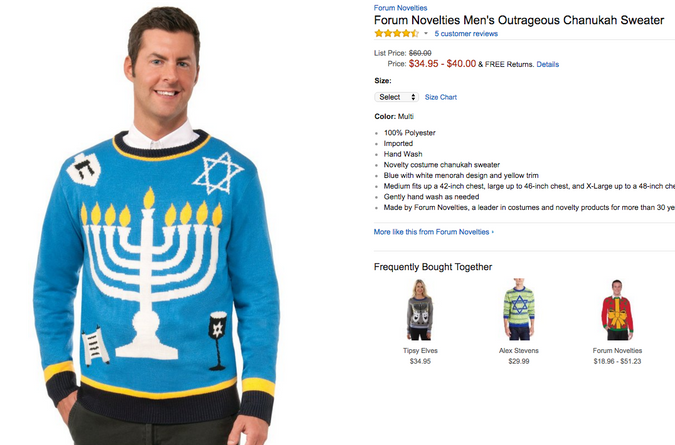 Everything about this T-shirt is amazing. May the Schwartz be with you! 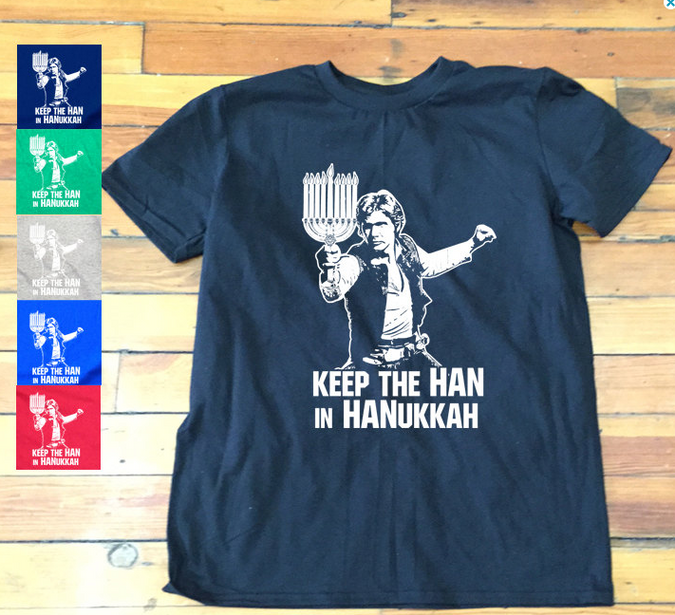 This reindeer might be confusing Hanukkah with Rosh Hashanah, but thanks for the good wishes either way! 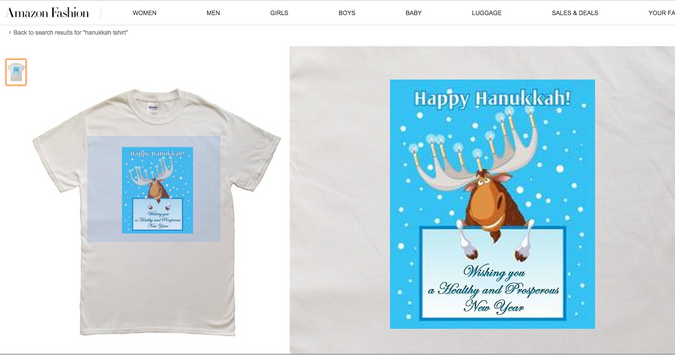 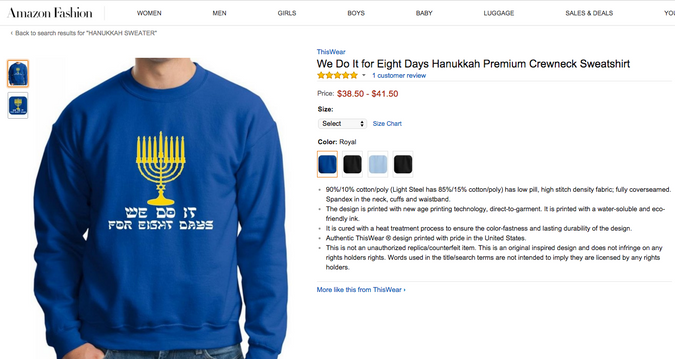 Keep warm with an appropriate sweater and Happy Hanukkah!

How to Wear Hanukkah Swag Without Offending Anyone