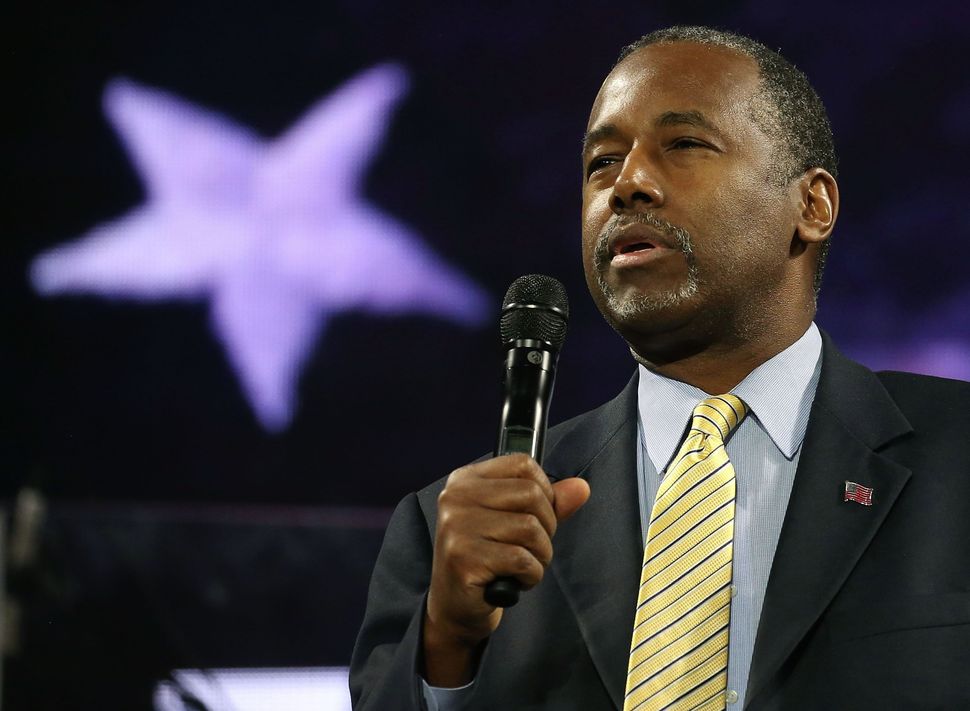 1) He enjoys seeing pictures of himself — preferably in the company of Jesus.

2) He has a plaque from the Jewish National Fund prominently displayed on what looks like the Ben Carson basement Hall of Fame.

The inscription reads: “Jewish National Fund Tree of Life Award presented to Dr. Ben Carson in recognition for his outstanding commitment to medicine, his devotion to children, and his strong desire to inspire and encourage people to reach their full intellectual potential.”

We’ve reached out to JNF to explain the circumstances behind this strange piece of memorabilia. Updates to come.