When Israeli and Palestinian Women Beat the Odds in Business 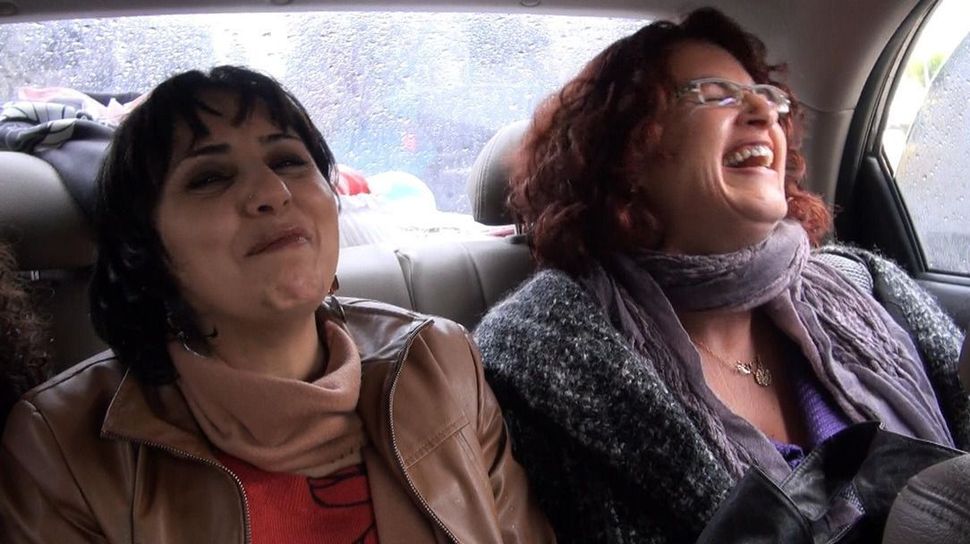 “I doubt it. Men have too much ego,” says Anat, one of the two women featured in the film “Partner with the Enemy,” when asked if her business model could ever work between two men. “Partner with the Enemy,” a documentary that screened last week as part of the Other Israel Film Festival, portrays the lives of Anat Shelach, a kibbutznikit Israeli and Rola Srouji, an urbanite from Ramallah, as they create and manage a logistics company together.

The film, directed by Duki Dror and Chen Shelach, cleverly captures the lives of two women, two families and one business over the course of several years. One of the more touching moments of the film is when Rola brings her children to meet Anat’s children in their kibbutz home. “This is a very big paradise,” one of Rola’s children remarks. Chen, Anat’s husband, needs to explain to his children why Rola’s children cannot come visit everyday; “they need a permit,” he says.

The movie is set against the backdrop of two conflicts in Gaza — an effective directorial choice. The film shows the detrimental effects: the women’s business is nearly brought to an end and their friendship almost crumbles. Rola is insistent that her clients receive the services they have paid for, while Anat tries to explain that the war has destroyed any ability to move shipments across borders. This tension culminates in one touching moment. While Rola is with her family, under rocket fire in Ramallah, Anat gets a call that her brother has been called to go serve in Gaza. “We have to be strong for our children,” Rola tells Anat, comforting her over the phone, “don’t cry.”

Anat and her Husband, Chen Shelach, co-director of the film, joined the crowd on November 10 for an audience talkback. “Rola wouldn’t join us here,” Anat explained, saying that Rola was worried about how she would be perceived back home, in Ramallah, if she came to speak at a film festival organized by a Jewish organization while the conflict continues in the West Bank.

The audience members asked several questions, including: Could this model be duplicated in the future to encourage partnership across borders? Could it work on a larger scale? What does the future hold for partnerships like these?

Still, Anat is doubtful that this model will be successful on a larger scale. “I see no light,” she said, in regards to the current situation in the West Bank.

A central moment of the film is when Rola teaches Anat the word “obstacles,” in English. “What’s that word?” Anat asks. “It’s like problems,” Rola explains. “Obstacles,” Anat repeats, over and over, “obstacles.” “Partner With the Enemy” tells the story of two women who have decided to overcome all the obstacles against all odds.

When Israeli and Palestinian Women Beat the Odds in Business