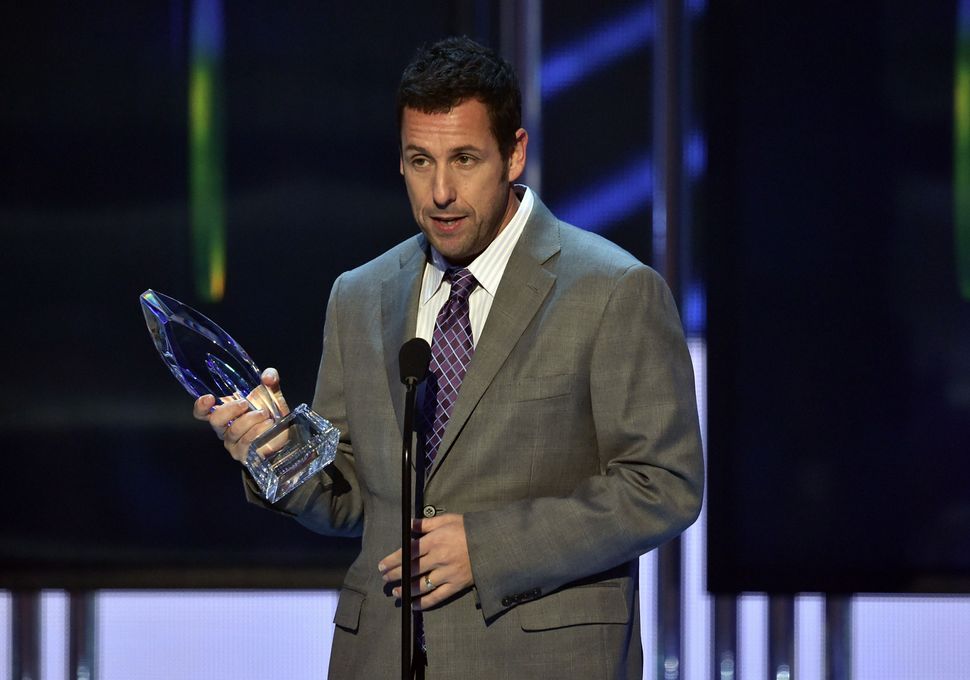 Appearing at the Judd Apatow & Friends event at the New York Comedy Festival at Carnegie Hall on Saturday, the actor and comedian decided it was time for an update of his 1994 Festival of Lights classic, “The Hanukkah Song.”

Below are the new lyrics — you have less than a month to memorize them, so get to work!

Put on your yarmulke, here comes Chanukah It’s so much fun-akkah to celebrate Chanukah

Chanukkah is the Festival of Lights, Instead of one day of presents, we have eight crazy nights.

When you feel like the only kid in town without a Christmas tree, Here’s the fourth list of people who are Jewish, just like Jesus, Olaf, Punky Brewster, Judd Apatow, Scott Rudin, and me!

Joseph Gordon-Levitt enjoys eating kugel So does Stan Lee, Jake Gyllenhaal, and the two guys who founded Google Adam Levine wears a Jewish star So does Drake and Seth Rogen Goldberg has a gold yarmulke to match the belt he wore from Hulk Hogan

We got Scarlett Johansson, talk about a cultured crush And if you need a hotter voice to turn you on, how about getting it from Lost? We may not have a cartoon of a reindeer that can talk But we also don’t have polio, thanks to Dr. Jonas Salk

Put on your yarmulke, it’s time for Chanukah Harry Potter and his magic wandi-kah, celebrate Chanukah

Jared from Subway: Fuck, a Jew But guess who’s Jewish and can fix him? Loveline’s Dr. Drew Princess Leia cuts the halva with Elsa from Frozen David Beckham is the king of soccer studs and also a quarter chosen Ron Jeremy is fully Jewish and so is his foot-long buddy Shia LaBeouf is half a Jew but 100 percent nutty It’s who but Santa Claus who makes Christmas so merry But we get two jolly fat guys: ice cream’s Ben & Jerry’s

Come on all to Chanukah, get up and celebrate Chanukah Don’t mess with us, oh Chanukah, let’s all get along for Chanukah So drink your Jaegerbomb-ikkah and smoke your medical-marijuan-ikkah If you really, really wanna-kah, have a happy, happy, happy, happy Chanukah

The purists among you can listen to the original song here: