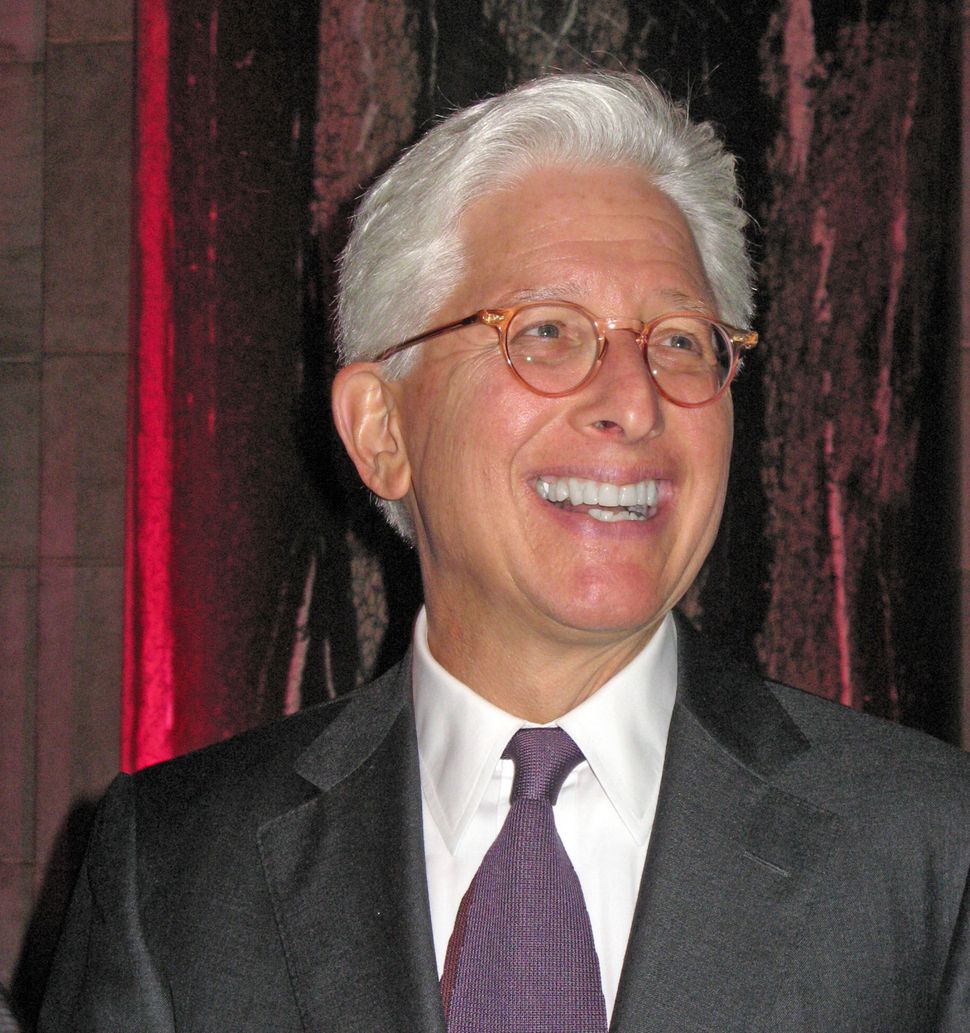 As the 550 American Friends of the Israel Museum mingled at Cipriani 42nd Street for the museum’s Golden Anniversary Gala, they were entertained by the gold gowned New York Gospel Choir directed byMarkanthony Henry whose high decibel praises to the Lord could no doubt be heard in Israel.

“It’s amazing to be here with you helping us celebrate our 50th,” said James Snyder Anne and Jerome Fisher Director of the Museum. Listing the cities where the 50th has been celebrated — Salzburg, Toronto, Johannesburg, Paris, Jerusalem and — before the year ends — Montreal, Zurich, London and Mexico City, Snyder said: “We are all over the world… but being all over the world is nothing like being here in the U.S.,here in New York [where] you represent the third generation Israel Museum families. This is what sets us apart from museums all over the world… As we get older, we are getting younger and that is also what makes us the envy of our colleagues.”

Describing the actual 50th birthday celebration in Jerusalem on May 11, where 12,461 guests came to the museum, Snyder alluded, “validating Teddy Kollek’s vision for us as a museum for all… making our birthday the greatest expression of cultural democracy… Shimon Peres was with us in 1965 at the opening of the museum. This time he was there to unveil Jeff Koon’s Sacred Heart.”

Alluding to one of the museum’s exhibitions “A Brief History of Humankind, where only 14 objects from our collections were on display to cover one and one half million years of culture from the beginning of material cultural time to the 20th century.” Snyder posited: “What do they reflect? The mantra of the museum — things connected across time and around the globe — and no other museum can speak to that point except ourselves.”

“It’s a shaky world we are living in just now… and yet we at the Israel museum stand on firm ground, thanks to all of you. It’s true that we are daunted now by challenges around us. We’ve seen icons of world culture being destroyed here and there… But all that does for us is to strengthen our commitment to our mandate to preserve the broadest narrative of the world culture… to be custodians of that world culture. We’ve done it for fifty years and will do it for another fifty years until our 100th anniversary…and beyond that time… and God bless each and everyone of you.”

Stacey Bronfman AFIM president recalled her “most meaningful trip to Jerusalem” to attend the 50th Anniversary International Gala… with 450 friends of the museum from 18 different countries… to enjoy and salute the magnificent oasis of the beauty and culture in Jerusalem… a moment I will never forget.”

Bronfman described witnessing soldiers visiting the museum as part of their training… watching children play on the Young Wing playground… families enjoying the Billy RoseArt Gallery. “I was reminded of why all of us here tonight… support the museum in the way that we do. The museum is ‘our flower’ something the people of Israel and for all of us to live for [and] solidified its place among the top art institutions worldwide… Tonight we have raised $2.8 million.”

In its tradition to incorporate art as part of the gala’s setting, this year the space was bathed in cerulean blue light with a huge Calderesque mobile suspended above the guests.