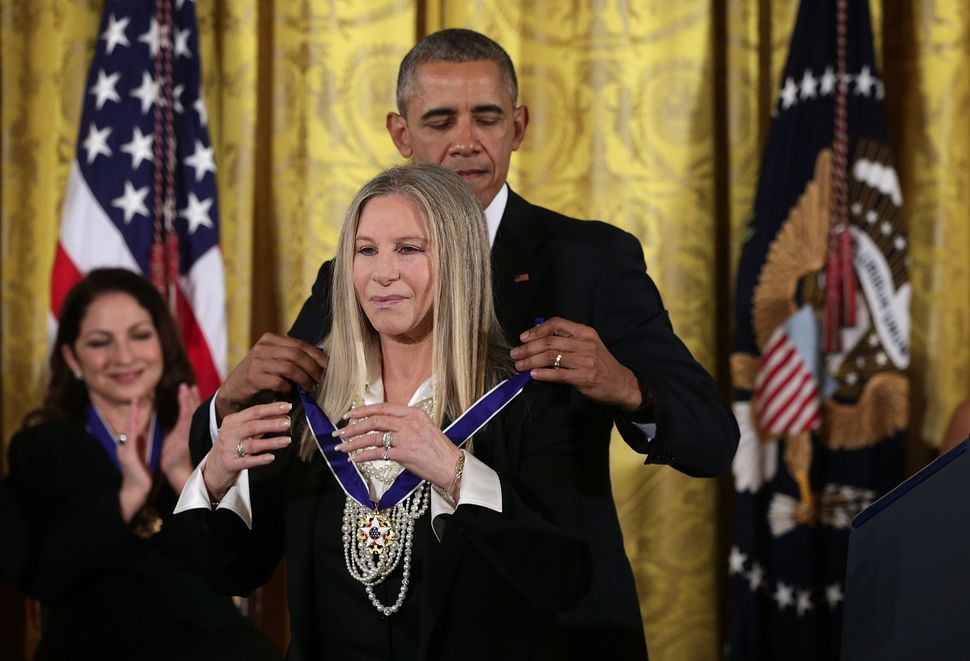 Barack Obama got his Yiddish on during a Presidential Medal of Freedom ceremony for Barbra Streisand.

Honoring the iconic singer/actress, Obama noted her “chutzpah” as a young Jewish-American Broadway star and for selling more albums in the United States than any other woman.

“I’m getting all verklempt just thinking about it,” the president said, using the Yiddish expression for “choked up.”

Our girl Babs was also verklempt — but for a very different reason.

“What if that was Donald Trump up there, I couldn’t help but think, ‘what would he say?’” she told . “The president [Obama] is so eloquent, so dignified.”

Babs, a long time Hillary Clinton supporter, added that she would find a Clinton/Trump election race riveting. It would be “one of the greatest moments in television history.”

“Everybody would watch,” she said. “I can’t even imagine. I mean, I’m not worried about her.”