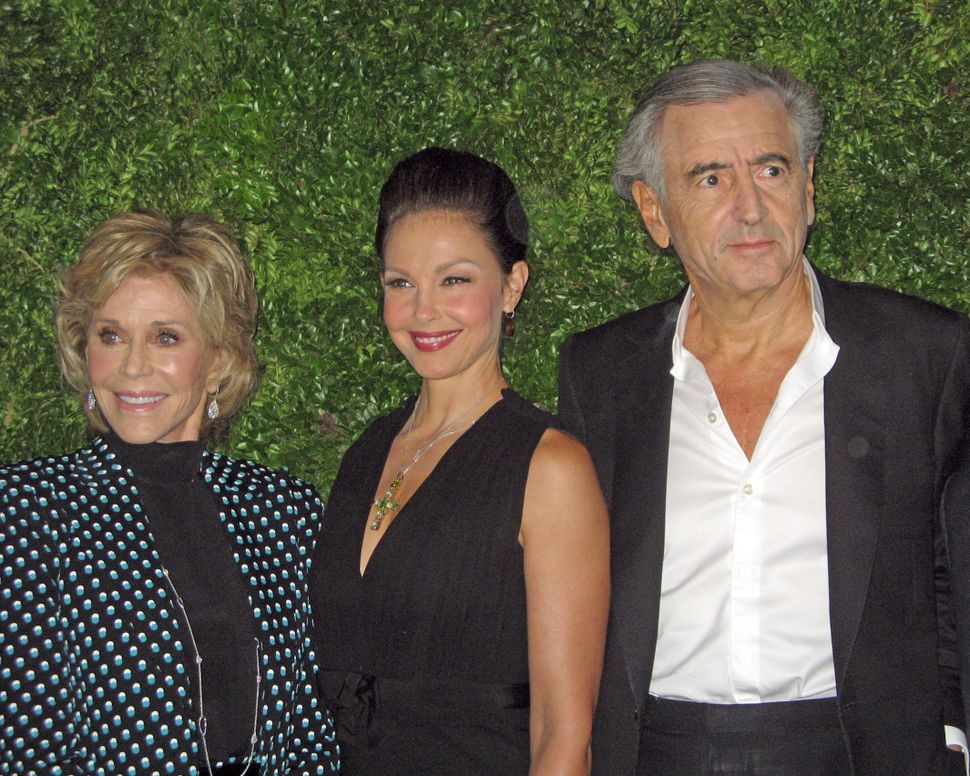 Francois-Henri Pinault, Chairman and CEO of Kering and husband of film star Salma Hayek, was honored by the Anti-Defamation League (ADL) at its November 18 Gala.

Addressing a stellar American and French audience at the Waldorf-Astoria’s Empire Room Ashley Judd paid tribute to the tragedy in Paris — asked for a moment of silence for France, and commended ADL’s new vision to fight — not only anti-Semitism as it has for the past 100 years — but a roster of worldwide injustices—against women as well as violence and terrorism. She lauded M. Pinault’s championing of women, working with NGO’s to combat sexual and domestic violence worldwide. Judd touted ADL National Director Jonathan Greenblatt “who was serving our country in the White House as Special Executive Assistant to President Obama [as] Director of The Office On Civic Participation and Social Innovation.”

Greenblatt said: “We at ADL take particular pride that we are able to focus on Francois Henri because of his commitment to making this a better world. As Americans, as Jews and as an organization whose mission is to combat hate, we see this evening as an event to respect an outstanding French corporate leader and an opportunity to stand with the French people. When America was struck on 9/11, ADL’s moniker was that 9/11 was the date that hate became everyone’s problem…. Hatred unchecked threatens us all. The statue of the lady that stands in New York harbor gifted to America by France… never meant so much to us as it does right now.” Greenblatt thanked his predecessor, Abe Foxman who “could not be there that night.” 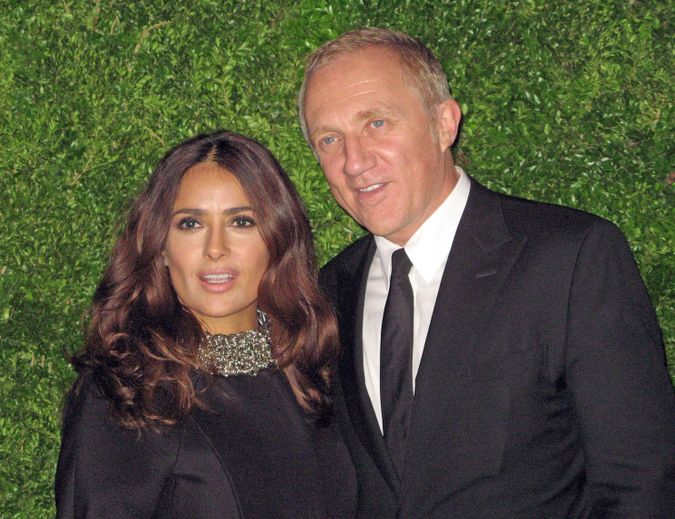 “We are all standing together,” said Maurice Levy, Chairman & CEO Publicis Groupe who co-chaired the dinner with Susan D. Plagemann, Chief Revenue Officer and Publisher Vogue. Describing the scene at London’s Wembley Stadium where 19,000 sang La Marseillaise, Levy said: “When you know that the Entente Cordiale [international agreement] between France and England is not quite conducive to such behavior, you understand that something special happened last Friday. We are all standing together across the ocean, across the world. They will not kill our liberty and they will not kill our democracy.”

Introducing Bernard-Henri Levy as “philosopher, intellectual, journalist, champion of human rights” Greenblatt informed that “BHL” — as he is known in France — had been invited to address [us] long before the horrific events in Paris.” BHL explained that Pinault and his father had once been “competitors, then partners and then great friends.” Touting Pinault as a brilliant entrepreneur whose company is a world leader in luxury, sport & lifestyle apparel and accessories, BHL took the guests — including Bradley Cooper and a significant French and diplomatic presence — on an historic rabbinic journey landing on “the very old Hebrew word ‘Tikkun Olam’ — which according to all the rabbis is at the core of the Jewish message of protecting/repairing the world.”

Reflecting on “New York fourteen years ago and Paris today,” BHL emoted: “Paris and New York — cities that embody the same values of freedom that these barbarians hate so much — two lungs of the same spirit of art, culture beauty… We need your brotherhood! [You] rescued Europe two times in the last hundred years—in 1917 [and] 1944 D-Day when so many young American heroes spilled their blood for the freedom of France and Europe. Europe needs your help! It is no longer time for leadership from behind. Vive la France! Vive l’Amerique!”

Oscar winner Jane Fonda presented ADL’s International Leadership Award to M. Pinault as his stunning wife Hayek looking on. “Our civilization [and] values in Europe are being challenged—just as American democracy was challenged on 9/11,” said Pinault crediting his commitment to combat sexual and domestic violence against women to “two women in my life — my mother and my wife’s refusal to accept violence against women.”