While you were basting the bird for Thanksgiving and looking for your Black Friday deals last week, a scandal of magnum proportions was breaking.

He fired back that she’s nothing but a “professional extortionist.”

Lawyers for Kristina Knapic write in court papers that the New York-based Lucas and his cast left behind plenty of evidence in the Acacia mansion in Ojai: enema bottles, sex toys, lube, various bodily fluids, and linen stains. 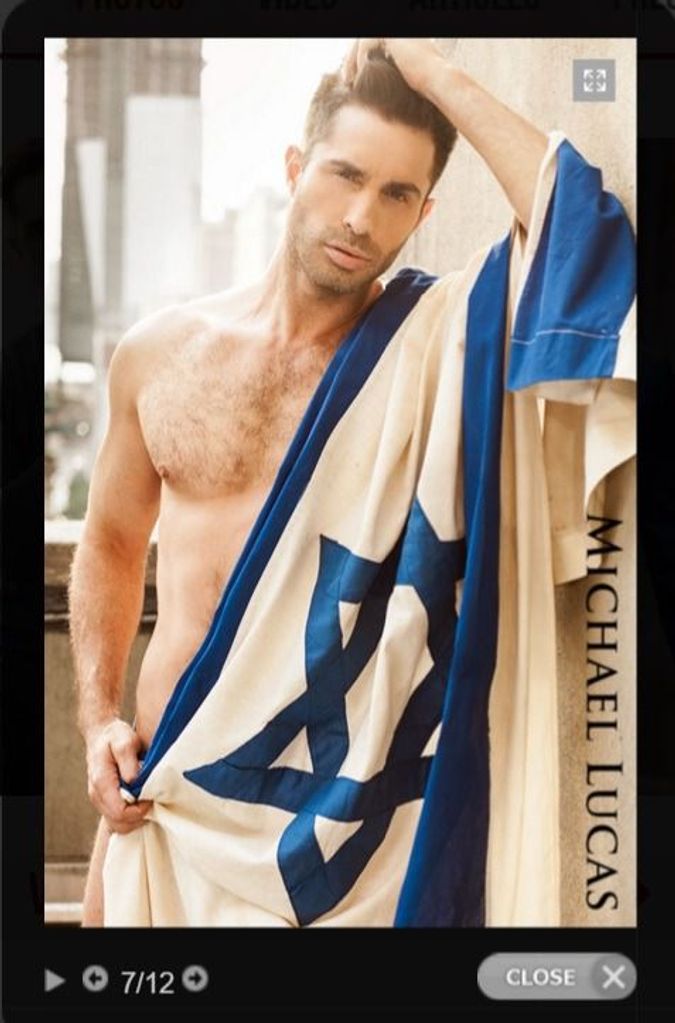 The fancy digs in Southern California’s Ventura County are usually rented out for weddings, parties, and vacation stays, Knapic said in her claim, which was posted online by The Smoking Gun. Not This.

Airbnb says it is investigating and banned the Russian-born Lucas, whose real name is Andrei Treivas.

“We have been in contact with this host and we are working to support them under our $1 Million Host Guarantee,” reads a statement from the company, which has built an international mega-business renting out private homes and flats.

“We have zero tolerance for this type of behavior in our community.”

Lucas, whose 2009 “Men of Israel” shoot caused an international stir, doesn’t deny what was going on inside the 1929 Spanish-style mansion over a course of five days in August but insists the place was left in “pristine condition.”

And, he notes, the mansion has a “a fairly well-equipped sex dungeon in the basement, complete with a sex swing, whips, chains and miscellaneous bondage paraphernalia. …We did not use this room no any of the equipment in it.” 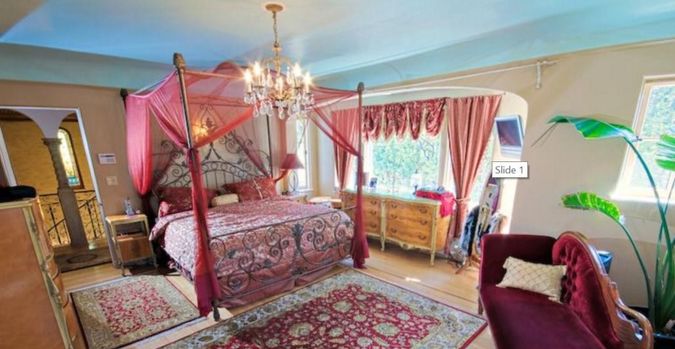 A fancy bedroom inside the Acacia mansion. Image by Screen Shot

He said he got a thumbs-up from the property manager before he cleared out.

“Ms. Knapic’s assistant Dorian even complimented me on how clean the house was,” Lucas said in a statement. “There was absolutely no claim at that time of any problems at the property.”

Knapic’s lawsuit, which was filed Nov. 19, is trying to block the release of any videos that include images from Acacia and demands restitution for the cleaning costs, punitive damages and damages for “emotional distress.”

“Plaintiff has not, and does not, rent the property for the purposes of filming adult pornographic movies,” court papers say. “Such an image is not one plaintiff wants associated with her pristine home.” 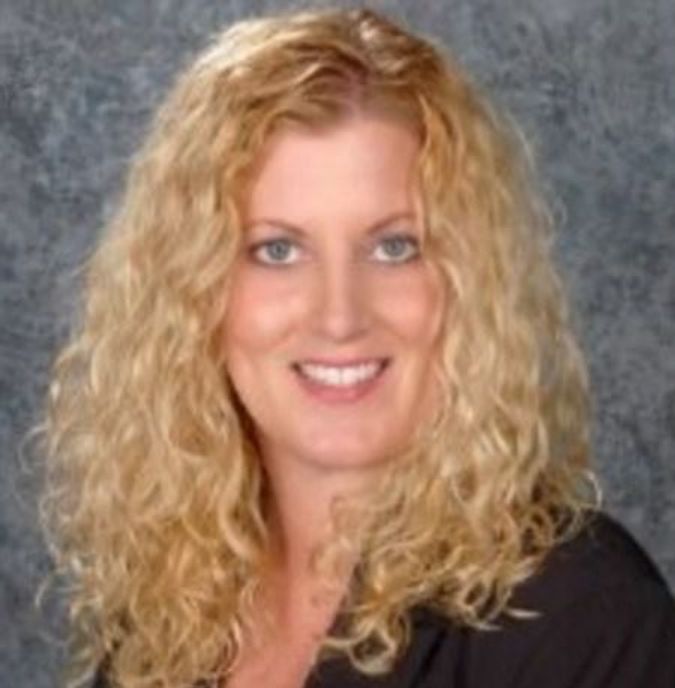 Lucas says the whole thing is a big money grab.

“In my opinion, this woman is a professional extortionist, and that’s clear from the reviews she has received,” he said.

Several complaints on TripAdvisor by others who have rented Acadia accuse Knapic of wrongly withholding their deposits and seeking restitution for false and exaggerated claims of property damage.

‘It took two months for Ms. Knapic to concoct this false claim and file for damages. Her lawsuit is absolutely without any merit whatsoever,” insists Lucas.