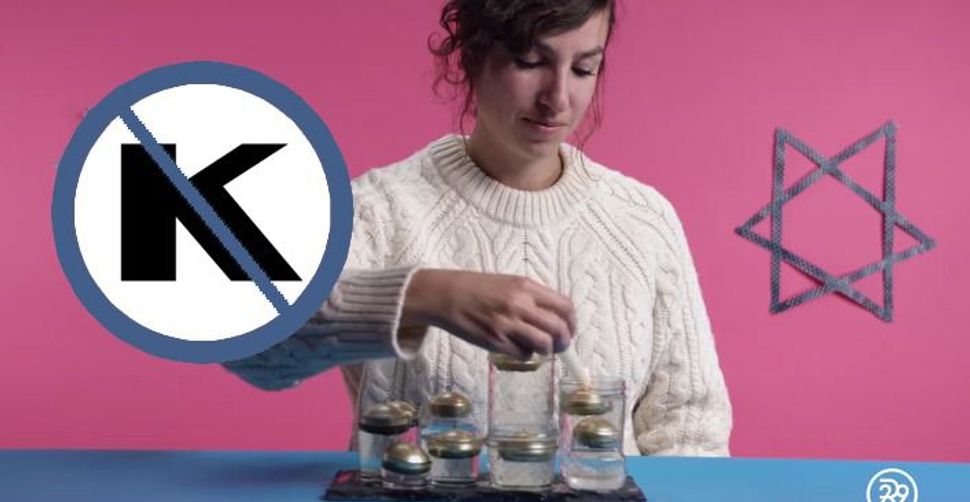 It’s that time of the year again: the Festival of Lights, feasts of fried food and the slew of well-intentioned (or, commercially intentioned at least) Hanukkah content that sometimes misses the mark.

Take for example this Refinery29 video about DIY menorahs. It’s got mason jars, tree branches, coffee beans —  you know, everything a hipster Jew could dream of.

Unconventional Menorahs To DIY This Hanukkah

Except, as many in the comments pointed out, these menorahs (or should we say Hanukkiah?) are not kosher.

Why? Well, the candles in these whimsical menorahs are a little too… whimsical. In order to be kosher, the Shamash candle needs to be higher or lower than the rest of the candles and the candles need to be arranged in a straight line.

What’s more, it seems pretty obvious that whoever planned this DIY menorah video has never lit a menorah, because they use a separate candle to light all the rest, including the shamash.

Listen, internet, it’s not hard to find out what it takes to make a kosher menorah. It’s just a simple Google search. And it’s not like you can’t improvise — you can even make a Kosher menorah from beer bottles!

On the other hand, it’s nice to see non-Jewish media bringing attention to our holidays and traditions in a creative way. And isn’t it better to light an non-kosher menorah than not to light one at all? (No? Maybe?)

Although, Refinery29 is hardly alone in the department of under-researched Hanukkah content. Just look at this ad from Lord & Taylor (h/t Tablet). A simple google search of the Hebrew alphabet could have prevented the embarrassing rookie mistake of mistaking a “taf” for a “chet”. 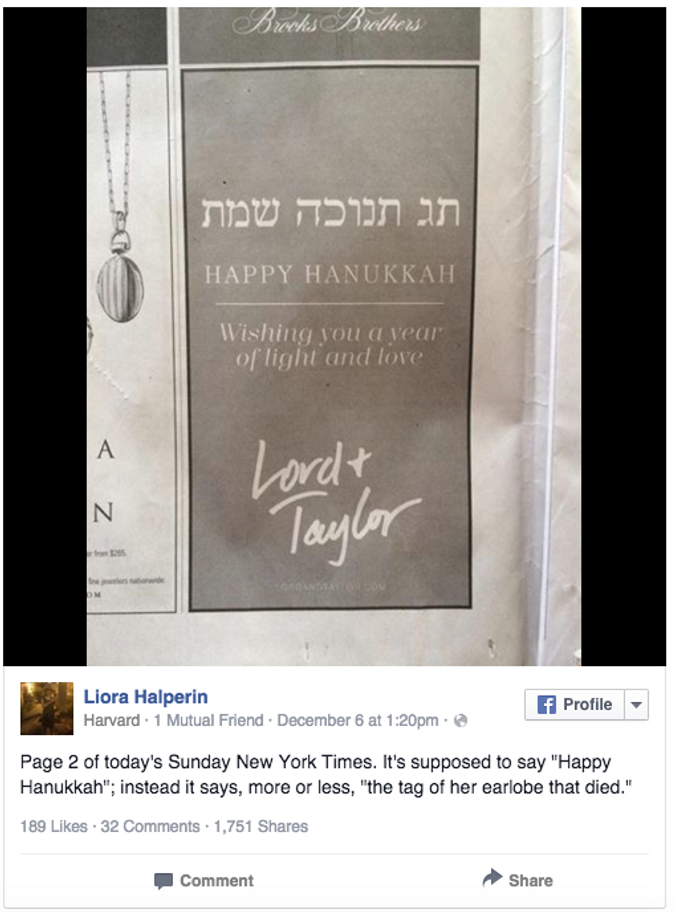 Instead of “Chag Shame’ach” (happy Holiday!), this ad now reads “tag of her dead earlobe”. Which is kind of wonderfully weird and poetic.