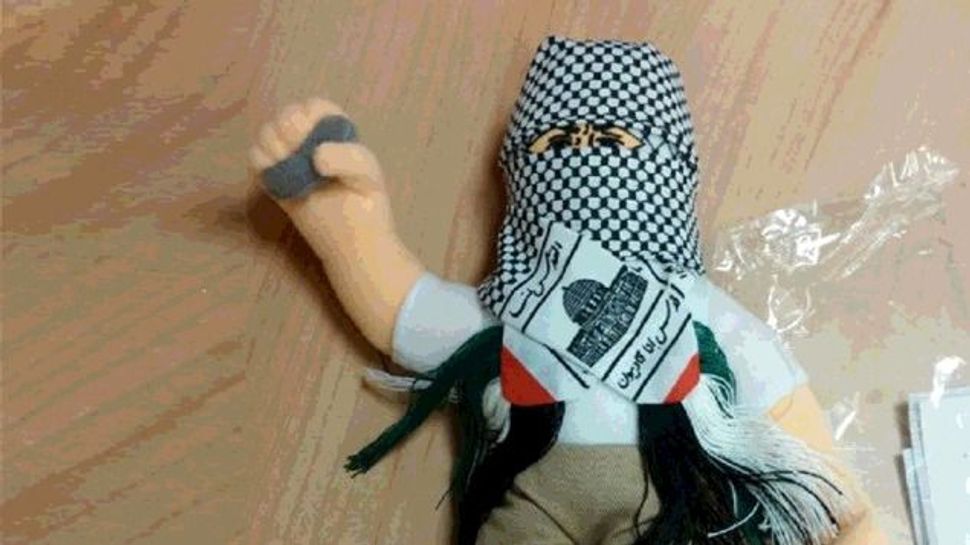 Officials at the Haifa port seized a shipment of thousands of plush dolls with raised hands holding toy rocks.

The shipment, from the United Arab Emirates, was on its way to the Palestinian Authority, according to the Times of Israel. The shipment’s paperwork said it was carrying clothing, rugs and plastic products.

The dolls are clad in keffiyehs, and they’re wearing scarves with the Palestinian colors, a picture of the Dome of the Rock, and the words “Jerusalem is ours” and “Jerusalem, we are coming.”

Port officials believe the dolls are part of a campaign to incite to violence and are conducting an investigation into the shipment.

“The customs authority continues its daily work in preventing smuggling, with a focus on smuggling weapons and preventing the infiltration of inciting material, especially at this time,” said Kobi Yahav, the director of customs at Haifa port, according to the Times of Israel.