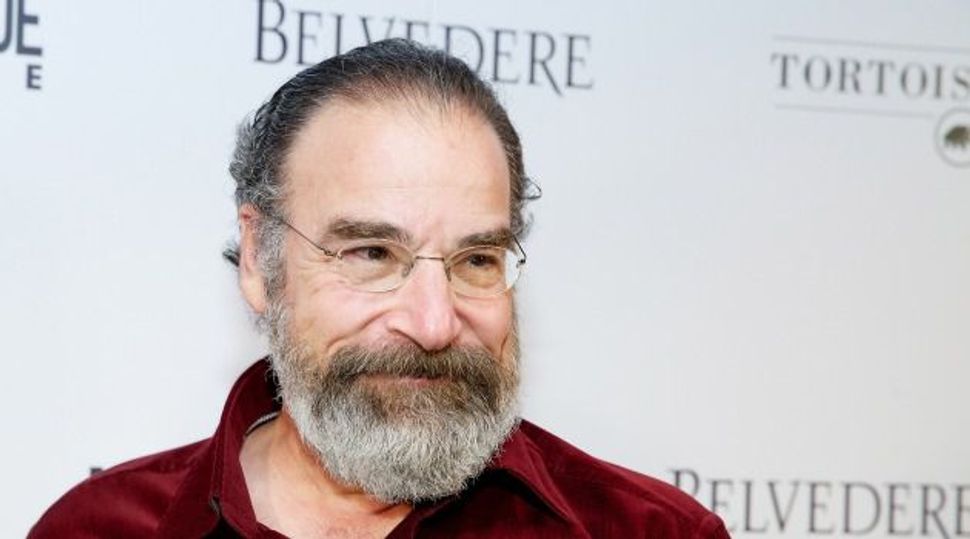 The Internet is a really strange place. Just one click could bring you videos of — or a meme of Ted Cruz face superimposed on Mandy Patinkin’s body.

Some context: Ted Cruz, apparently a fan of the 1987 classic “The Princess Bride,” has taken to reciting the line made famous by Patinkin’s character, Inigo Montoya, on the campaign trail. I’m referring, of course to: ““Allo, my name is Inigo Montoya. You killed my father. Prepare to die.”

The internet, being the internet, could not resist turning this into a meme. Which means that for the last couple of weeks, Mandy Patinkin’s inbox has been clogged with emails showing Ted Cruz’s face on his body.

“They Photoshopped his face right over my face!” Patinkin told the New York Times “I said, ‘How can I stop this?’”

But Ted-Cruz-head-on-Mandy-body angst aside, what really riles Patinkin is his belief that the Republican presidential candidate just doesn’t get the movie:

“I would like to be with Senator Cruz for a moment and I would like to respectfully ask him, since he quotes all the lines from ‘The Princess Bride’ and certainly all of my character, Inigo Montoya’s, lines, I would like to know why he doesn’t quote my favorite line?”

That favorite line, as the New York Times points out, is: “I have been in the revenge business so long, now that it’s over, I don’t know what to do with the rest of my life.” (For a recap of the scene, click here.)

“This man is not putting forth ideas that are at the heart of what that movie is all about,” Patinkin said. “I would love for Senator Cruz, and everyone creating fear mongering and hatred, to consider creating hope, optimism and love. Open your arms to these people, these refugees trying to get into our country, and open your hearts.”

Allo, my name is Mandy Patinkin. You stole my line. Prepare to die.