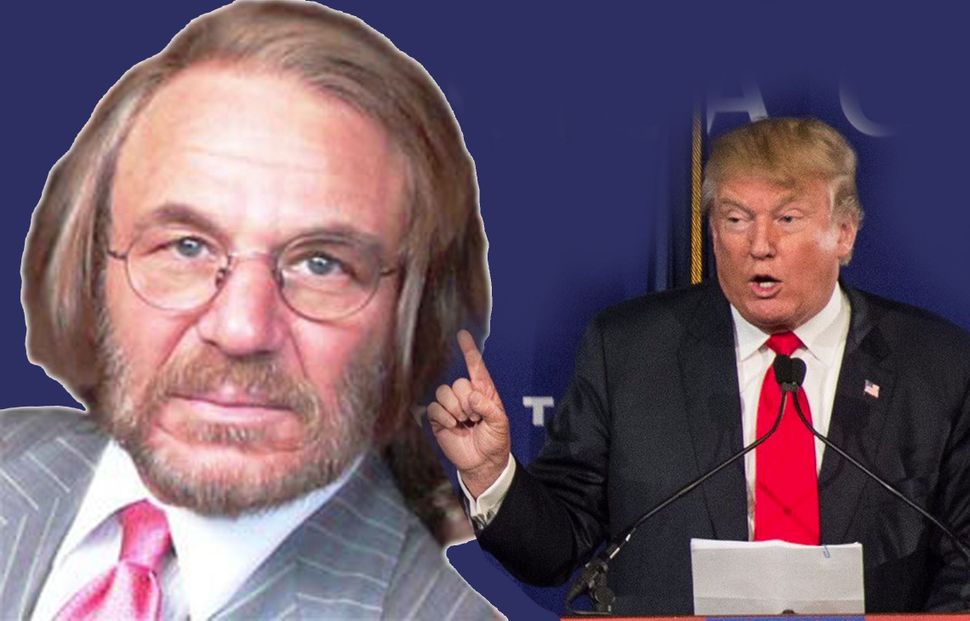 Breaking news: There exists a man on this planet who speaks in more convoluted prose than Donald Trump. His name is , MD.

Bornstein, who has been Trump’s personal physician since 1980, gave the Republican U.S. presidential candidate a clean bill of health in a letter released by the Trump campaign on Monday.

“I am proud to share this report, written by the highly respected Dr. Jacob Bornstein of Lenox Hill Hospital, stating that I am in excellent health,” Trump wrote, confusing his doctor with his previous physician, Jacob Bornstein, who died in 2010. Jacob was Harold’s father.

Statement from Trump’s doctor on his health: pic.twitter.com/bVwR0d8psn

“Mr. Trump has had a recent complete medical examination that showed only positive results,” wrote Dr. Harold Bornstein, who has treated Trump since 1980. “Actually, his blood pressure, 110/65, and laboratory results were astonishingly excellent.”

Earlier this month the 69-year-old real estate mogul had predicted his medical report would indicate “perfection” and Bornstein’s assessment reflected that.

“If elected, Mr. Trump, I can state unequivocally, will be the healthiest individual ever elected to the presidency,” the doctor’s letter said.

The letter said Trump had lost 15 pounds in the past year, has never had cancer and has not had surgery since an appendectomy at age 10. He takes an aspirin daily and a low dose of statin, which is used to treat high cholesterol.

According to his website, Bornstein attended Tufts for both undergrad and medical school and is certified in internal medicine and gastroenterology.

The Twitterverse was quick to draw attention to the many quirky grammatical choices made by Bornstein in the letter.

Doctor who wrote Donald Trump’s health report addresses it “To Whom My Concern,” etc. https://t.co/eb1GGRSYKW pic.twitter.com/VWQoRt6jOD

Others pointed out that the two had eerily similar hairstyles.

It is customary for candidates to release their health records or letters from their physicians signing off on their fitness to be president. Republicans Jeb Bush and Chris Christie and Democrat Hillary Clinton have released summaries of their records.

As Trump continued to rise in the polls, calls for him to release his records increased in recent weeks, with some critics saying he was withholding them to mask questions about his health.

The suggestion that Trump could be more fit than President Barack Obama, known as an avid basketball player, drew questions for White House press secretary Josh Earnest, who asked whether the doctor had examined Presidents John Adams and Thomas Jefferson.

“I will not call into question the credentials of a physician who conducted a medical examination of Mr. Trump,” Earnest said. “That must have been a pretty interesting appointment.”

Or an astonishingly excellent one.