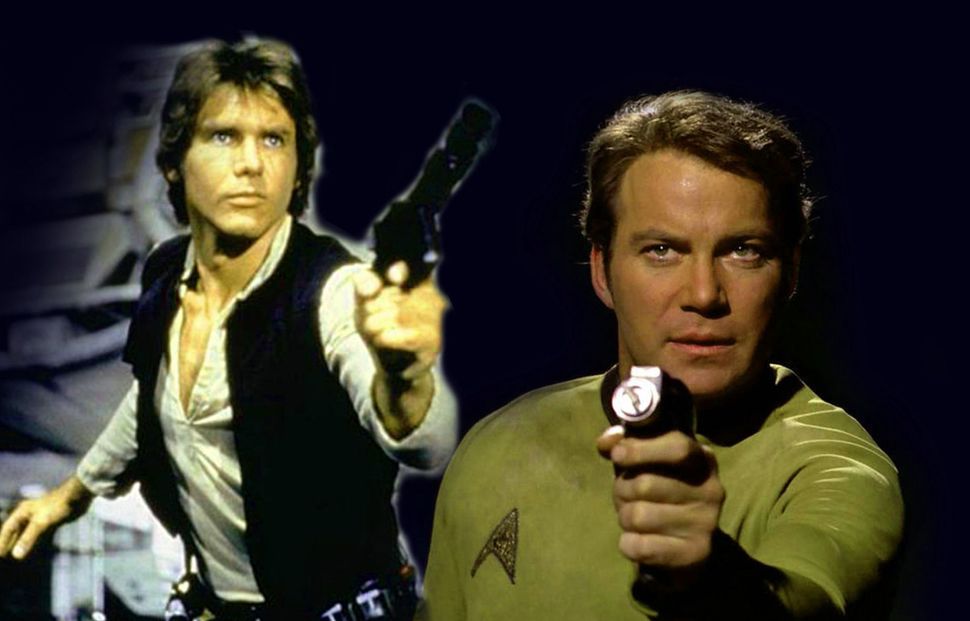 The Millenium Falcon or the Enterprise? Luke Skywalker or Captain Kirk? Han Solo or Spock? Darth Vader or Kahn? Droids or Klingons?

It’s enough to make some people’s blood boil. Take William Shatner — when the first “Force Awakens” trailer was released back in October, the “Star Trek” star to let the internet know exactly where he stands on the question.

And everyone knows SWs is a derivative of @StarTrek

Well, that settles the question. Or does it? Where do other Jewish celebrities stand on the issue? We’ve assembled the ultimate battle of the Star nerds to find out. 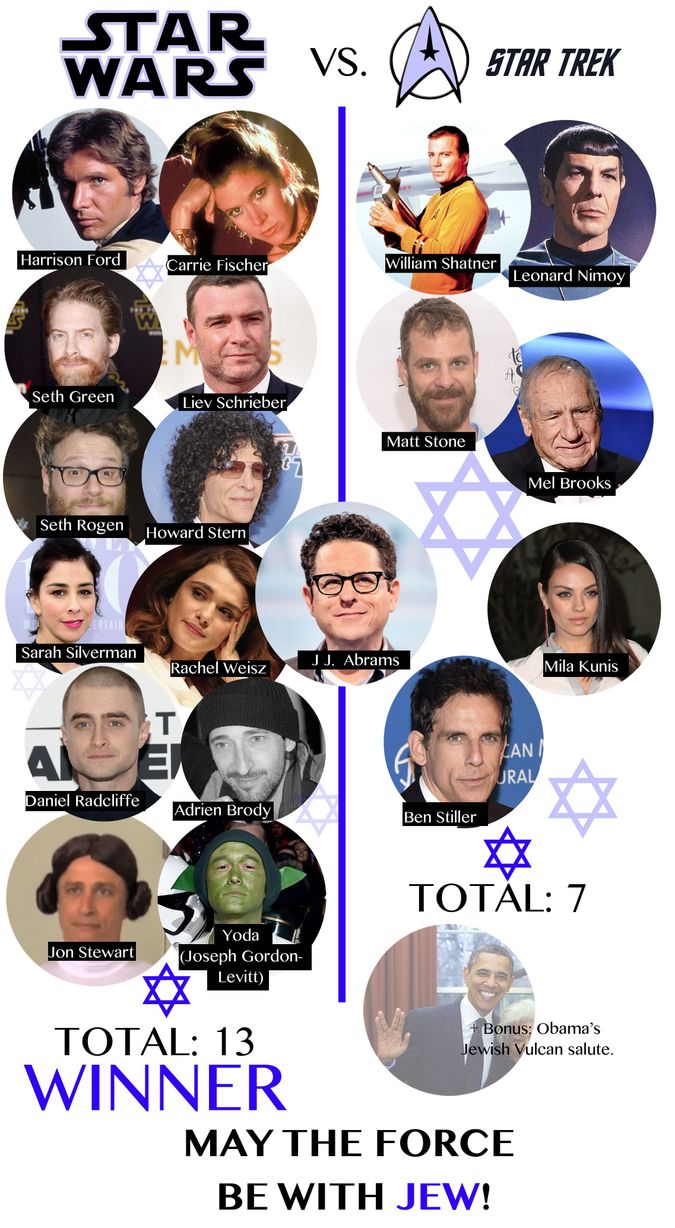 Some notes on the chart:

Carrie Fischer and Harrison Ford automatically fall under “Star Wars,” for obvious reasons. Seth Rogen, Howard Stern and Seth Green have all publicly declared their allegiance to the franchise (though none so permanently as Rogen, whose character in “Fanboys” sported a full back tattoo of Jar Jar Binks). Joseph Gordon-Levitt won his place on our list (and in our hearts) for his red carpet Yoda costume.

As for Daniel Radcliffe, under those Harry Potter glasses lies a true believer in The Force.

Well, we know what William Shatner thinks. Leonard Nimoy (may his memory be a blessing) was slightly more tempered in his views.

Mila Kunis is a die-hard Trekkie and she doesn’t care who knows it. MTV once challenged Ben Stiller to a “Star Trek” trivia face-off. He won. And if you’ve ever watched “South Park, you’ll know creator Matt Stone loves to leave Trekkie nuggets for fans to find.

We let “Star Trek” have Mel Brooks, but really —  like J.J. Abrams, who directed both the recent “Star Trek” reboot and “The Force Awakens” — he belongs to both categories. “Spaceballs” is as much a tribute to George Lucas as one to Gene Rodenberry.

As a bonus, Trekkies can claim President Barack Obama, who gave a Vulcan salute to Nichelle Nichols (Lt. Uhura in the orignal series). The salute, made famous by Leonard Nimoy’s Spock, is based on the gesture performed during the “Shekhinah” blessing in Judaism, which Nimoy remembered from his childhood.

“People don’t realize they’re blessing each other with this!” he once told The Washington Post.