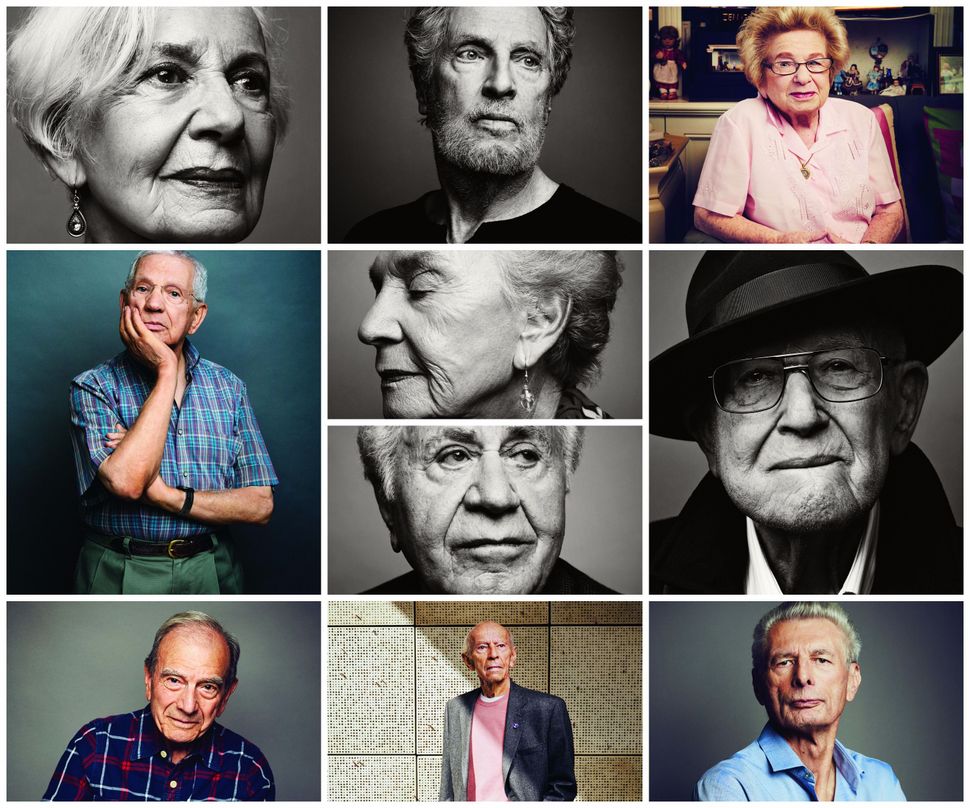 As the year for the 70th anniversary of the end of the Holocaust draws to an end, The Hollywood Reporter has marked the occasion by honoring some of Hollywood’s last survivors by gathering their stories in their own words.

The includes video interviews with the survivors, wistful photographs that survived the ravages of war and, most of all, the powerful memories of accomplished thespians who, against all odds, survived in the face of raw evil. Among the honorees are Dr. Ruth Westheimer, director Roman Polanski and Meyer Gottlieb, president of Samuel Goldwyn Films.

Steven Spielberg — whose experience directing “Schindler’s List” prompted him to found the USC Shoah Foundation — penned a personal essay titled “Putting an Actual Face on Genocide” in honor of the anniversary. “As long as we struggle to understand and confront the origins of hate, we will continue to suffer the casualties of it,” he wrote. “By putting these faces out there, by making testimony available around the world, we are hoping to dissect that hatred — to figure out why, under the surface of a supposed common humanity, we are ignoring the everyday subtle moments of intolerance that can lead to genocide.”

Below are some highlights from the tributes:

Branko Lustig, 83, the acclaimed Academy Award-winning producer of “Schindler’s List” and “Gladiator” remembers the hanging of seven prisoners just one week after he arrived at Auschwitz. “Moments before they were hanged, before the bench was kicked out from them, they all said as one: ‘Remember how we died and tell to the world how we died and tell the story about us,’ ” says Lustig. “This, I remember.” 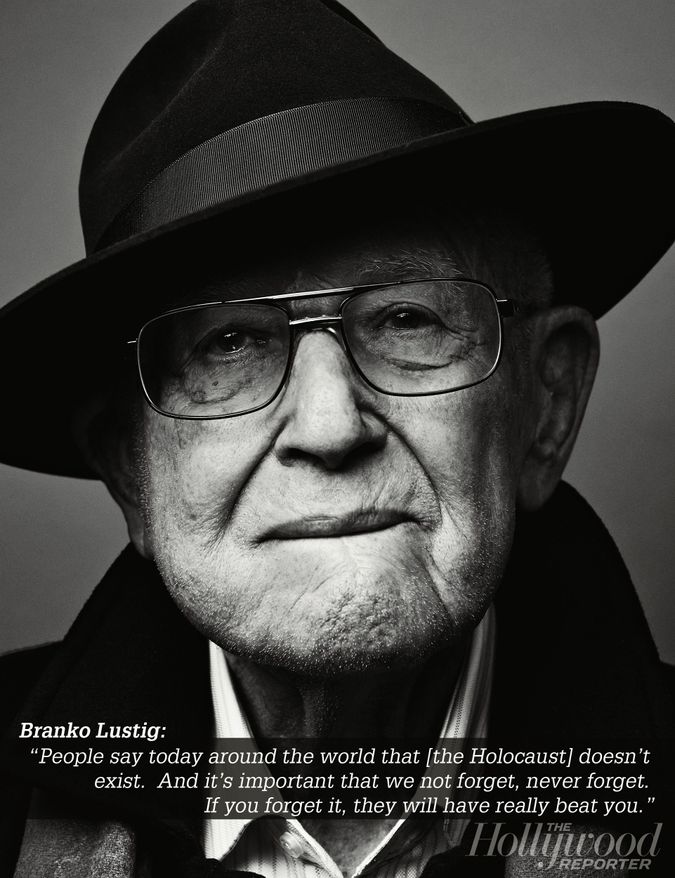 Leon Prochnik, 82, screenwriter and editor, is best known for his script adaptation of “Child’s Play” into a film directed by Sidney Lumet. Prochnik recalled when his father connected with the diplomat Chiune Sugihara known as the “Japanese Schindler”, and the time a German officer missed his mother’s Hebrew prayer book during a search of their belongings. “America would not let Jewish refugees in at that point; it was not a very proud moment in America’s history,” he said.

Meyer Gottlieb, 76, president of Samuel Goldwyn Films and producer of films like “Master and Commander,” “The Secret Life of Walter Mitty” and “Tortilla Soup”, told The Hollywood Reporter he spent four years in a Ukrainian camp with his mother before they were expelled to a displaced person camp in the U.S. sector in Germany. 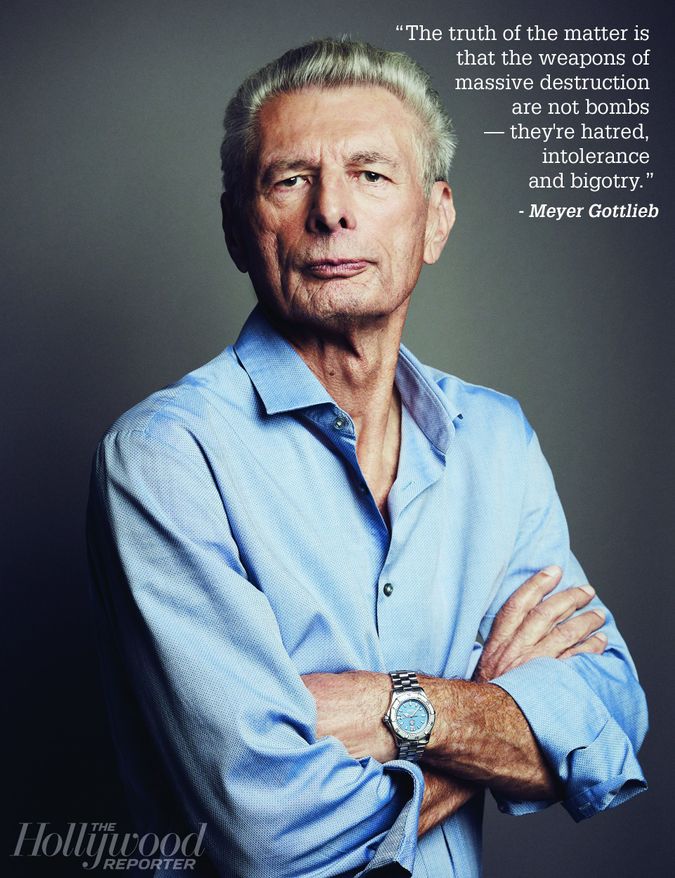 Bill Harvey, 91, cosmetologist to the stars like Judy Garland, Zsa Zsa Gabor and Liza Minelli remembers how he was saved from the crematorium at the Buchenwald concentration camp in Germany. Having lost consciousness in the freezing cattle car on the way to the camp, someone pulled his body out of a pile of corpses stacked by the crematorium. “I was frozen; they thought I was dead,” he recalls. “I was the age of 21. I weighed 72 pounds.”

Robert Clary, 89, film, TV and stage actor best known for his role on the sitcom “Hogan’s Heroes,” set in a German POW camp remembered his last conversation with his mother: “My mother said the most remarkable thing. She said, ‘Behave.’ She probably knew me as a brat. She said, ‘Behave. Do what they tell you to do.’” 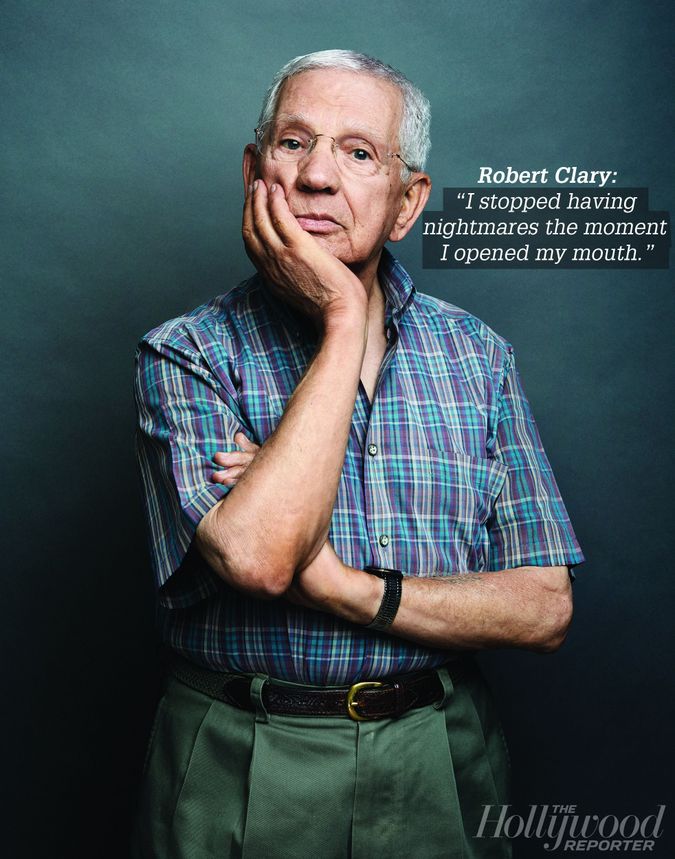 Dr. Ruth Westheimer, 87, famed sex therapist and television and radio personality, was only 10 when her family put her on a train heading to a children’s home in Switzerland as part of the Kindertransport program saved tens of thousands of Jewish children before the war. “[They] waved goodbye,” she says. “And that’s the last time I saw them.” 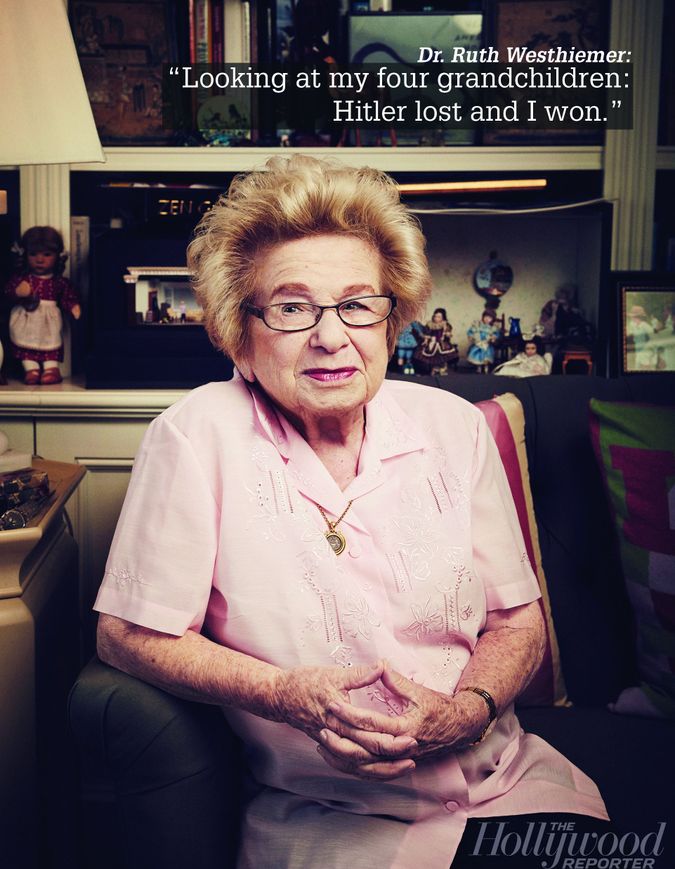 Celia Biniaz, 84, survived because of Oskar Schindler, having worked in his factory before she was erroneously sent to Aushwitz. Biniaz was chosen to die during one of Dr. Josef Mengele’s selections, “I guess my survival kicked in,” she says. “The will to live. I just looked at him and I said three words — ‘lass mich gehen’ — which in German is, ‘Let me go.’ He pushed his pencil the other way, and I ran out naked into the snow.”

Curt Lowens, 90, film and stage actor best known for portraying Nazis, recalls a day not long before he ended up at the Westerbork concentration camp: “When I came home my mother took me to the window and said there is not going to be a bar mitzvah — the synagogue is burning down.”

Ruth Posner, 82, founding member of the London Contemporary Dance Company, actress and former member of the Royal Shakespeare Company was 9 years old when she escaped the Warsaw Ghetto with her aunt thanks to fake passports. In the early 1990s, Posner acted in Julia Pascal’s acclaimed “Theresa”, about a Jewish woman betrayed by Nazi collaborators during the war. The father of the actor who played her son had been a Nazi. “After the performance, people were throwing flowers. They were just so moved by the fact that there were the two of us, holding hands. I have never in my life and never will again have such a reception.” 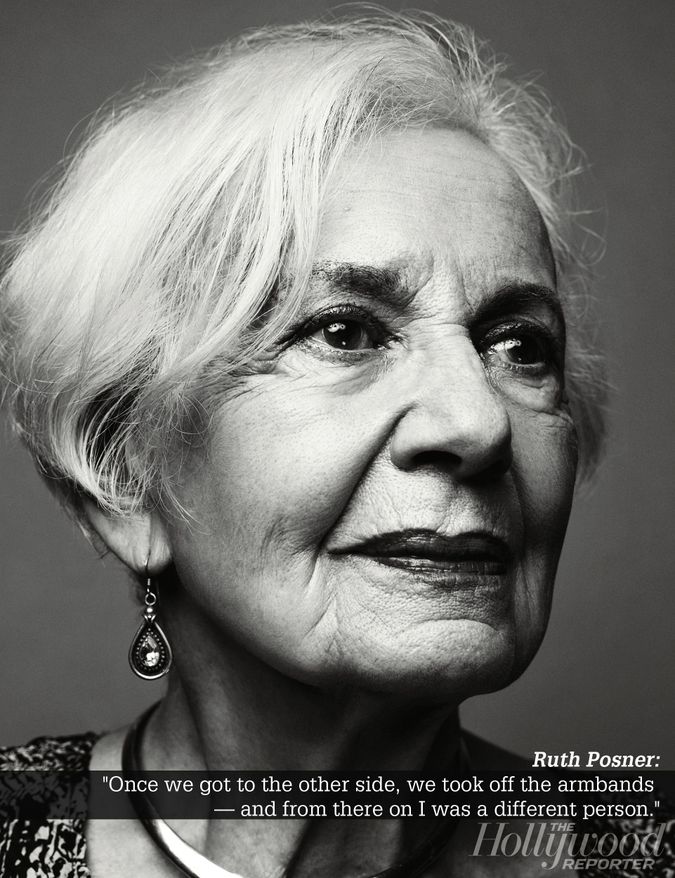 Roman Polanski, 82, spoke with The Hollywood reporter from Paris about losing his mother — who he later found out was pregnant — at Auschwitz and surviving the war. Polanski took the name Romek Wilk, pretended to be a Christian boy and lived in the Polish countryside with a family that knew his father.Polanski is the director of Hollywood classic films like “Rosemary’s Baby,” “Chinatown” and “The Pianist.”

“It is a terrible thing to see 2,500 people dead when you saw them alive a half an hour before,” he told The Hollywood Reporter.