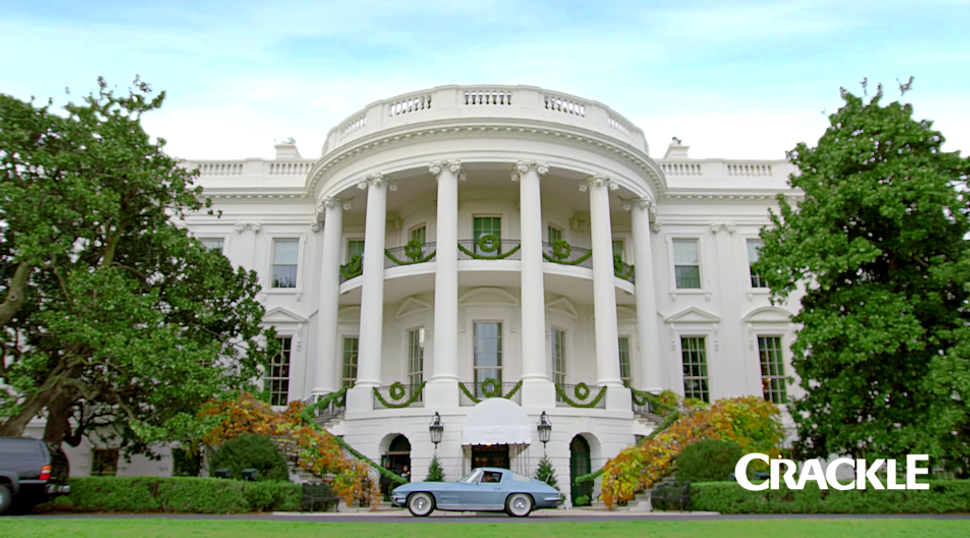 “Comedians in Cars Getting Coffee” is getting a not-so-surprise twist.

The New York Times that President Barack Obama will guest-star on Jerry Seinfeld’s web-series, in an episode set to land on December 30.

The two will drive a blue 1963 Corvette Sting Ray split-window coupe around the White House driveway, before ending up in a basement dining room — is it just me, or does that sound like a presidential Driver’s Ed?

The exchange was teased in the trailer for the show’s new season, which showed Seinfeld pulling up to the White House while making his trademark phone call.

“Growing up in the ‘60s my kid dream was always to be an astronaut — doing a comedy show with President Obama in and around the White House felt like going into space,” Seinfeld said in a statement released by Crackle.

Apparently, the president “was so easy and fun to be with.”

“It was an unforgettable day,” Seinfeld added.

So, we shouldn’t expect a show about nothing?