‘Seinfeld’ Soup Nazi Shows Off His Soft Side for Christmas 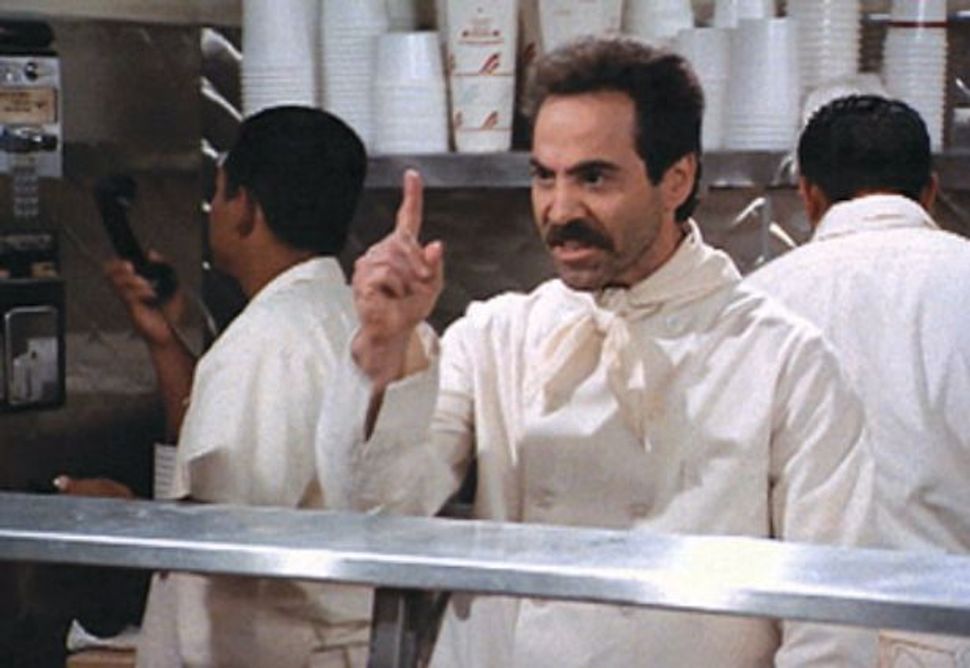 “Seinfeld“‘s Soup Nazi, played by actor Larry Thomas, is showing off his softer side this holiday season. The character, along with Original SoupMan CEO Jamie Karson, are teaming up with City Harvest and donating over 1,000 soups to support hungry New Yorkers. According to a statement released by the company, “this is the start of an ongoing relationship to support those in need.”

If you’re in New York City on December 23 and want to catch a glimpse of the man behind the mustache, you can head over to the Holy Apostle Soup Kitchen at 10:30 A.M., where the Soup Nazi will be on hand to deliver soups and angrily pose for photos.

has been helping to feed those in need since 1982. This year, they expect to collect over 55 million pounds of food, which will go to an estimated 1.4 million people.

‘Seinfeld’ Soup Nazi Shows Off His Soft Side for Christmas