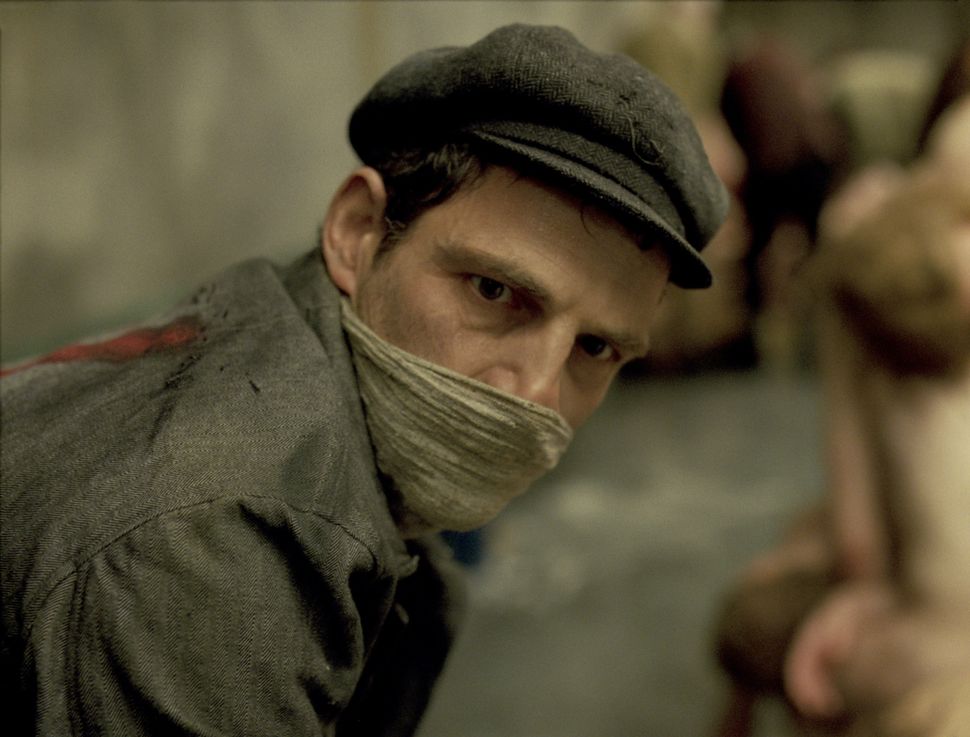 The first question I asked Budapest-born Geza Röhrig, star of László Nemes’ viscerally gripping film “Son of Saul”, was: “How did you come to the role — and why?”

In the film, Röhrig inhabits the body of a Sondercommando who helps “clean up” after the disposal of convoy after convoy of victims and spends wordless hours in a race against time and his own extermination at Auschwitz-Birkenau — in an attempt to give a proper [Jewish] burial to a young boy he assumes to be his son.

Prefacing our conversation, I told Geza that now as the only survivor of a near 200-strong extended family who knows how, when and where each family member died or was executed — what I saw in this film—and his portrayal in particular — proved an additional dimension to the concept word/memory made flesh.

Budapest-born Röhrig, who graduated from the Jewish Theological Seminary in 2004 as a Judaic Studies teacher answered: “I met [Hungarian-Paris-raised] director Nemes in 2007. He sent me the script. It was not like any other Holocaust movie. Its scope is reduced to one day — October 7, 1944 — Auschwitz-Birkenau. It was like an inner body-outer body experience — an Escher montage.”

Masha Leon: “You must have seen a roster of Holocaust-related films to get to the heart of this theme. Did you see [the 2002] film “The Grey Zone” about the Sonderkommando revolt?”

Geza Röhrig: Yes…but English was not a language at Auschwitz [and] that movie was not sympathetic to the Sonderkommandos (prisoners who worked in the crematoria and disposed of the gassed victims). I moved mountains to meet a [still alive] Sonderkommando. Found a 93-year old Greek to help me prepare for the role, but mostly I relied on literature. I researched personal accounts and found 1000 pages—some hidden at trials of criminals when former Sonderkommandos [themselves] did not even tell their families what happened.

“I was not so interested in their thoughts and feelings, but in the precise function — how did they do what they were doing-with hair, with bodies, with teeth — so I could picture what a day of death could look like.

“I’ve been haunted by this for decades. I went to Poland at Krakow University when I was nineteen… I wrote two books on this topic. It’s a part of me that has never quieted down… I lost my father at four. He died unexpectedly. My uncle did not let me go to the funeral. I did not have closure with my father…In the film I do everything I can to bury the boy. It enabled me to come to terms. It took forty-four years to put my father to rest by me playing every thing I could do for this boy.

“I came to the U.S. fifteen years ago. I am a married father of four. Left them all behind in New York. Like the Olympics—it’s hard to focus. Shooting in Budapest during 24 days, I tried not to socialize — did not come out of the role.

“The hardest thing for me afterward…I kind of continued to live [in] 1944 when I [really] wanted to adjust to my life in 2015. As weird as it sounds, I missed the camp, I missed Saul-hell itself. One aspect of the concentration camps that attracted me is how our lives—wealth and connections—good looks…carry you just so far—shallow unessential factors that did not matter in the camp. What mattered at Auschwitz was your character… what were you made of…I was melancholy afterwards. Auschwitz remained a reality outside.”

We agreed to continue the conversation at a later date.